How will the Houston Texans 53-man roster and depth chart look in Week 1? It's an ever-changing bit of guesswork. 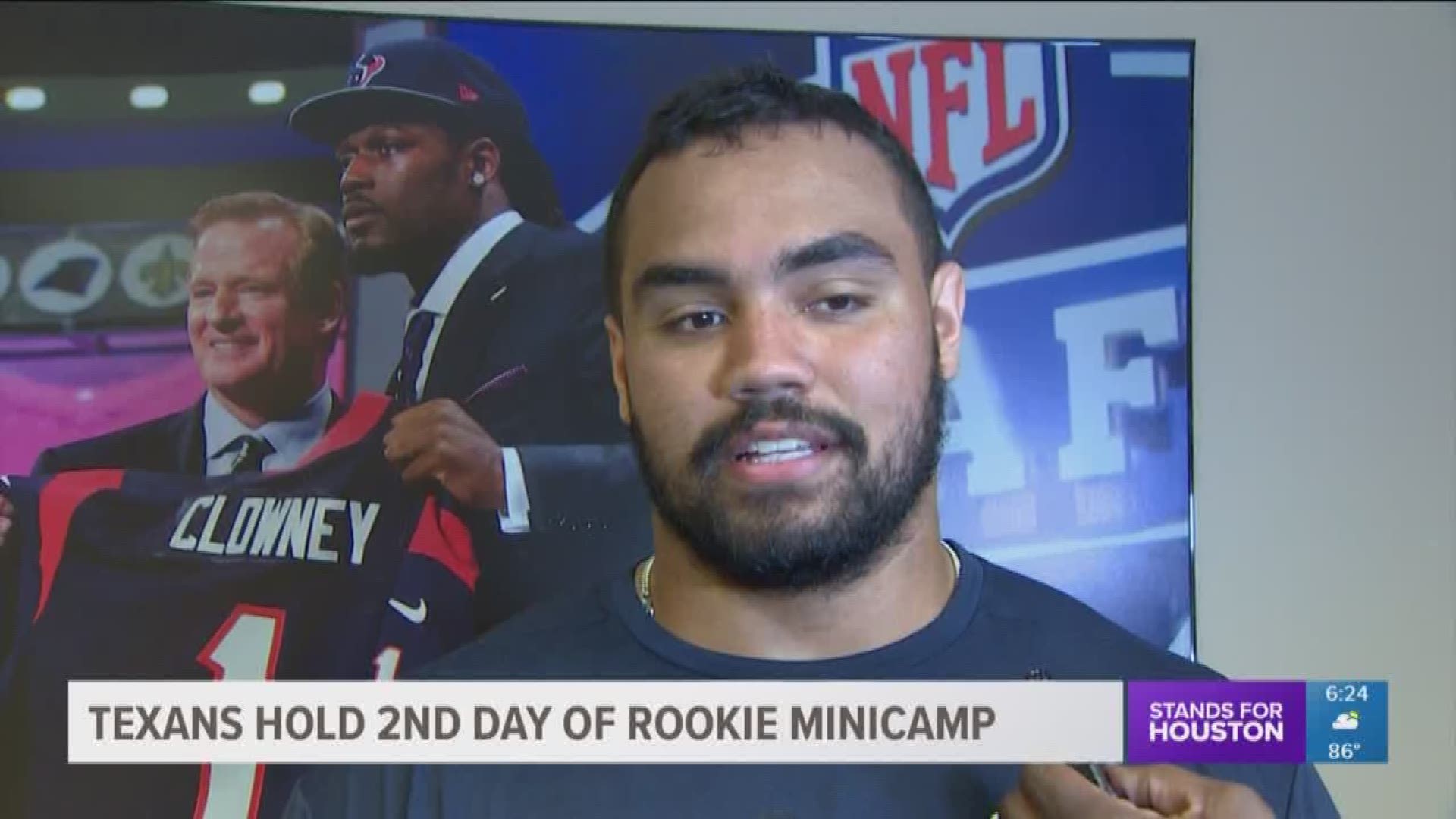 How will the Houston Texans 53-man roster and depth chart look in Week 1? It’s an ever-changing bit of guesswork.

Here is my latest stab at how the Texans depth chart will shake out, based on everything we’ve seen and known from the offseason and OTAs thus far.

The starters at all 12 positions here (fullback and slot receiver will split the 11th starting role depending on opponent and situation) appear firm. The only real competition is at the tackle positions, with Davenport, Henderson and Rankin all capable of earning starting roles.

The most flexible spots come at wide receiver behind the top four, which are Hopkins, Fuller, Ellington and Coutee in that order. I strongly believe the team’s fifth WR is a battle between undrafted rookies Jester Weah and Vyncint Smith, but I also think a veteran not currently on the roster who offers special teams prowess can crash the party. That guy could be Chris Thompson or Braxton Miller, too.

Foreman’s injury status leaves the door open for the team keeping an extra RB over another OL or a fourth TE; if he starts the year on PUP, I think Swanson seizes a role and Tyler Ervin gets a brief reprieve, unless Miller proves worthy of keeping at wideout and on special teams — and he could absolutely do that if he’s 100 percent healthy.

The first observation in doing the act of actually typing out the defensive depth chart is, “holy crap this team is loaded!” If everyone is healthy, of course…

There really aren’t any starting jobs up for grabs other than the strong safety spot. I suspect Reid, the team’s top draft choice, will edge out Hal. I do expect to see a lot of both, and a fair percentage of defensive sets with three safeties on the field.

The toughest choices were not keeping a fifth safety or sixth CB. Keeping Joe Webb as the third QB — which I did as a nod to Deshaun Watson’s health — and four RBs along with fullback Prosch. How guys like Treston Decoud and draft pick Jermaine Kelly perform on special teams will either earn them spots and force changes to the above or keep them on the practice squad.

Not much drama here. Lechler will have to beat out his summer camp competition, but the venerable veteran will hold off Trevor Daniel. Fairbairn and Weeks do not presently have challengers.

These are players currently on the roster but not included on the 53-man projection. This is not a complete list of the practice squad but rather the players who I believe the Texans will want to keep around after the final cut.