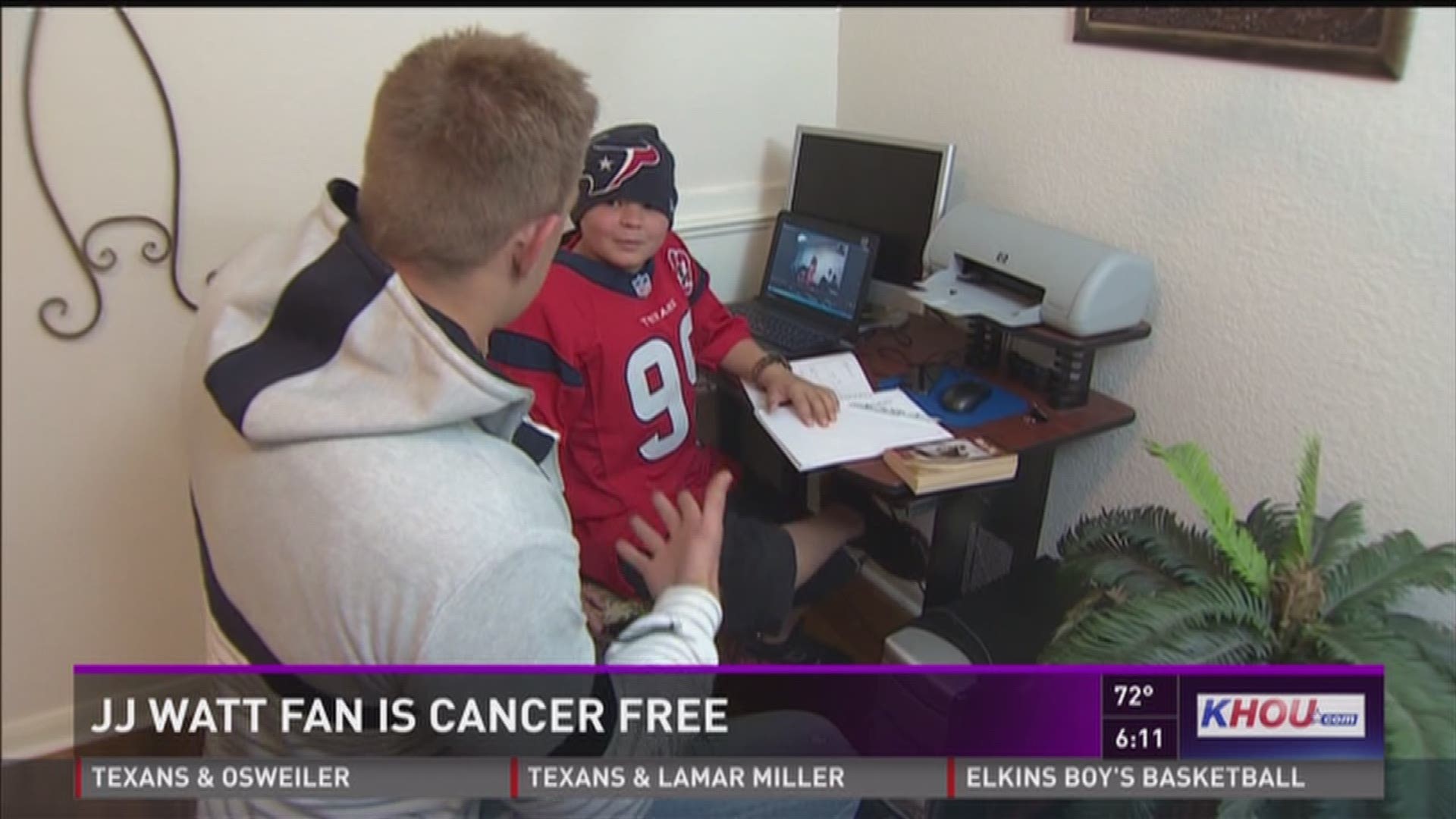 HOUSTON -- Cristian Beasley has been fighting cancer for three years. His battle started as a 12-year-old.

He first shared his story with KHOU in 2013.

Grueling, painful treatments became a way of life. Unable to go to school, he relied on a special robot to go for him. He called the robot "Watt" after No. 99.

Houston Texans defensive end J.J. Watt surprised him back in 2013 with a special visit to his home. Beasley says it helped save his life.

"If it wasn't for JJ, I probably wouldn't have had much of a fight," Beasley said. "He made me want to fight."

That fight paid off. Beasley is now 15 and cancer free. He rang his survivor bell last Monday.

"You feel like you've accomplished what you've been trying to do for three years, and it's finally come," Beasley said. "You get to ring the bell, and it's just an awesome feeling."

"I just thought in my head that cancer was something you die with," Beasley said. "You just feel like you want to give up but you can't give up."

He can't run or jump like he used to, but his hair has grown back, and he's strumming along better than ever. Beasley's learned dreams don't die with with a diagnosis.

"I want to put on some muscle like J.J.," Beasley said.

The words No. 99 wrote on a football three years ago are still fueling Beasley as he soaks up his second chance at life.

"Nothing can bring me down now," Beasley said. "I'm invincible."