J.J. Watt's rehab inspires teen in his own recovery

Caden Strimple was nearly killed last summer when he got sucked into an intake drain at a local water park. But today, life is nearly back to normal. 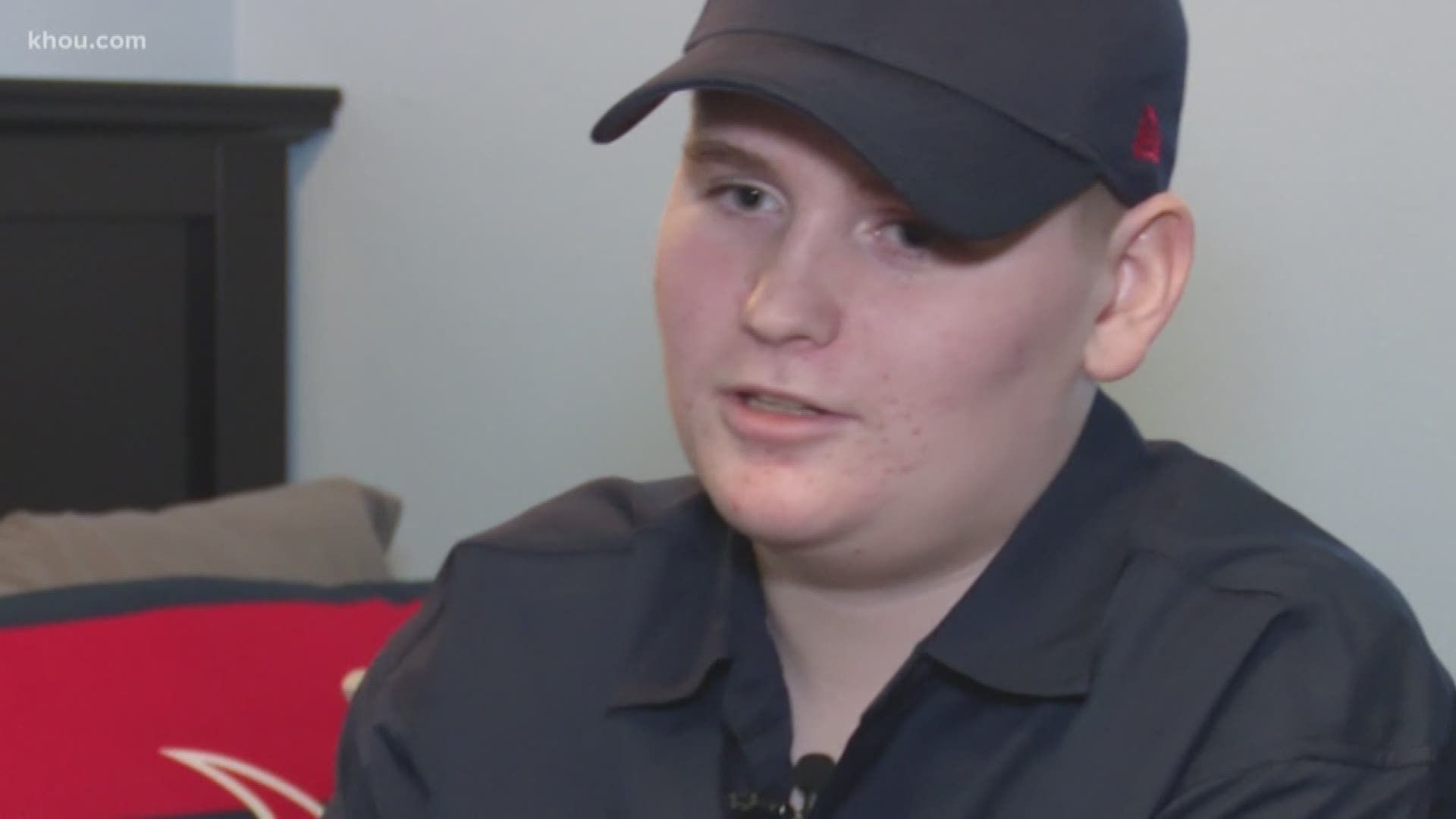 HOUSTON — A High Island teen is especially excited about the Texans game.

Caden Strimple was nearly killed last summer when he got sucked into an intake drain at a local water park. Today, he’s getting ready to go back to school, and getting his confidence and inspiration to recover from his favorite athlete, J.J. Watt.

With each step and every sip, Caden Strimple gets a little bit better.

“It’s just crazy to think about it sometimes like wow, that really happened to me," Caden said.

The 14-year-old's life changed forever last August. A water park accident left him in a coma. His esophagus was detached.

“Anything is good. I was just eating guacamole straight without any chips, and that tasted amazing. But now I'm just starting to eat more regularly," Caden said.

Every day, Caden’s road to recovery gets a little shorter, but it helps when his favorite football star is healing right beside him.

“I'm glad to see that J.J.'s back, and that gives me a little extra motivation because he hurt himself," Caden said. "It motivates me a whole lot more, seeing that if he can do it, I can do it.”

His inspiration hung beside him in the hospital room and now surrounds him in his bedroom -- like the two of them are fighting together.

“I saw him talking about how he was in rehab, and he needed help just getting out of bed. And I felt that pain kind of like I just needed help with the littlest things and to see him playing football already. That’s a really big inspiring thing," Caden said.

As he watches Watt get back on the field, Caden’s ready to get back to his life, even hoping to head back to class in a couple weeks.

“Being able to go back to school, probably for one class, that’s what motivates me," Caden said.

Caden said he hopes to meet Watt in person one day so he can thank him for the motivation.