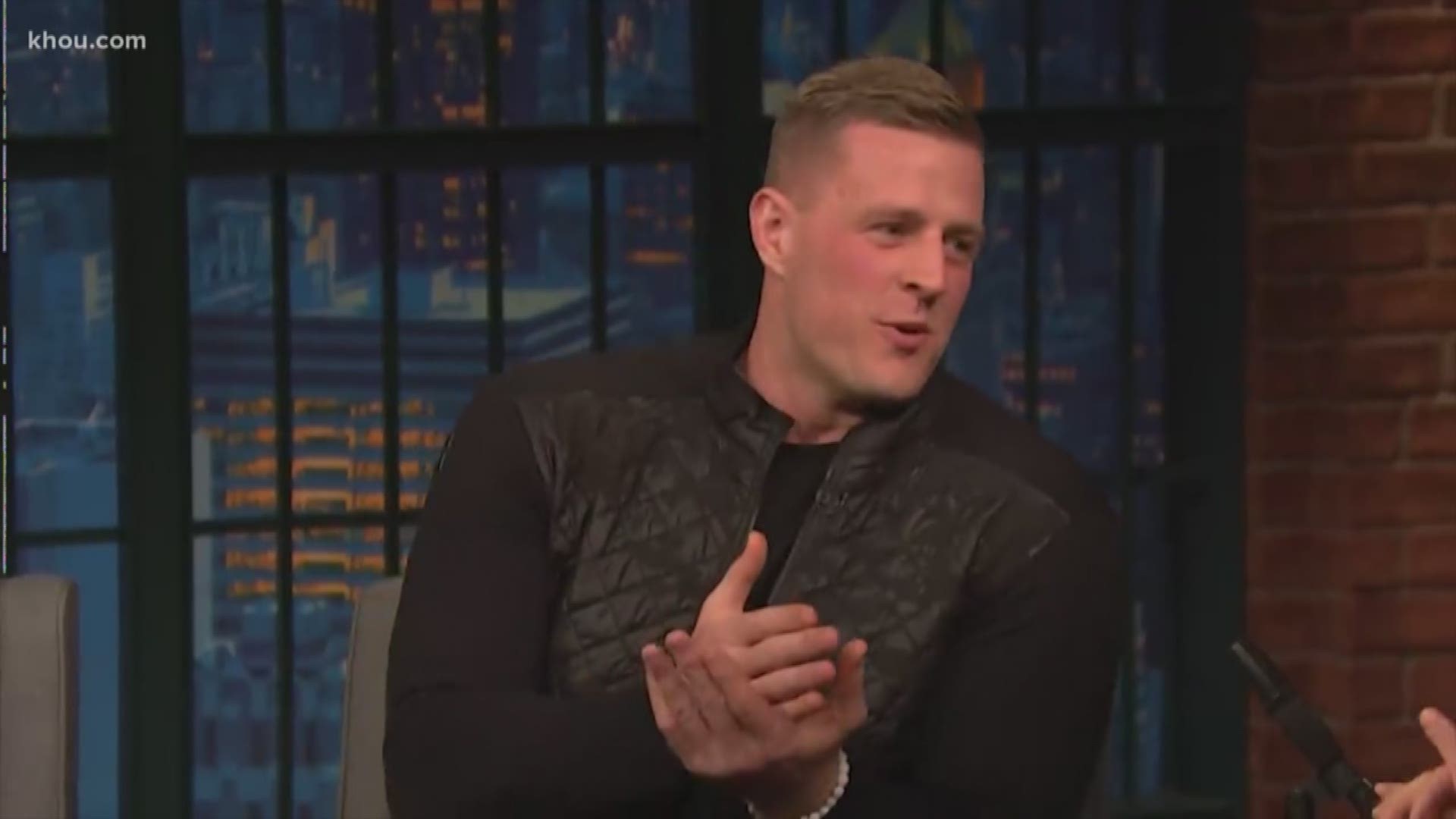 HOUSTON — Texans star J.J. Watt is pulling back the curtain on his feelings about the Super Bowl.

On Thursday night’s episode of Late Night with Seth Meyers, Watt said he didn’t even stick around for the big game on Sunday, despite handing out an award during the game’s opening ceremony.

Watt says he says he had to be in Atlanta to hand out the Walter Payton Man of the Year Award to this year's recipient during the pre-game festivities, which aired on national television.

The Houston Chronicle points out Watt got top billing on Seth Meyer’s show, ahead of actor Tim Meadows and actresses Anna Konkle and Maya Erskine.