This is not a drill: J.J. Watt wants you to send him a text message NOW!

Watt gave out a phone number and asked his followers to send him a message. 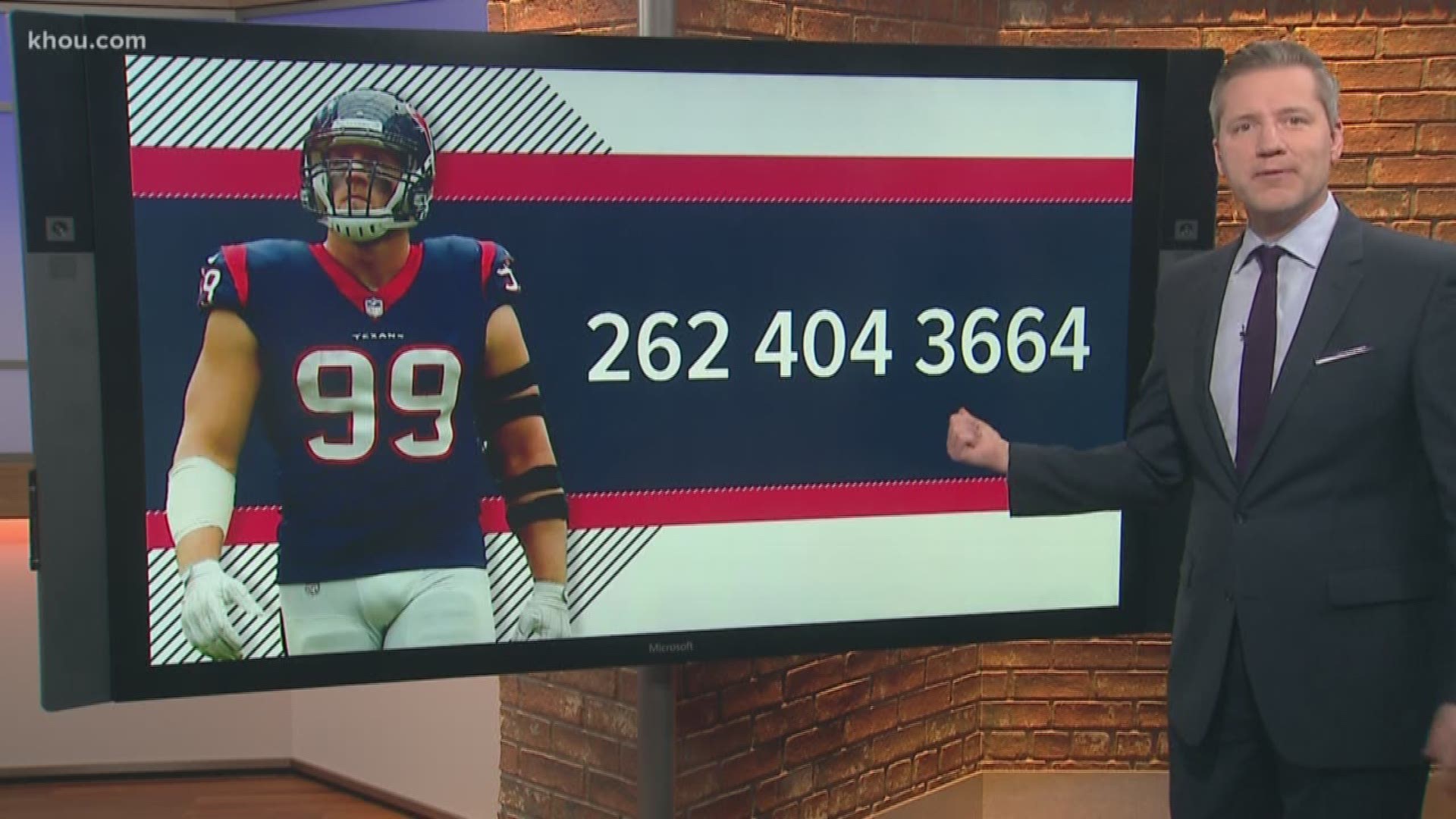 HOUSTON — Have you ever wanted to tell J.J. Watt what you think about him?

Well, now's your chance to do it.

The superstar for the Houston Texans set up a phone number in order to connect with his fans.

Even though he admitted he'll be overwhelmed by the messages, it can't hurt to try!

In a video on Twitter, Watt said he'll do what he can to respond to everyone, but isn't sure how many he'll be able to get to.

Watt said he's been overwhelmed with messages. At about 8:50 p.m. Tuesday, Watt said his inbox was sitting at 25,000+ messages.

Watt did respond to Lisa Carter, a senior digital content producer at KHOU. Here's her reaction:

He also responded to Ethan, a fan who may have earned his class a perfect test score.

While he will never be able to get to everyone, you have to respect Watt's desire to interact with his fans.