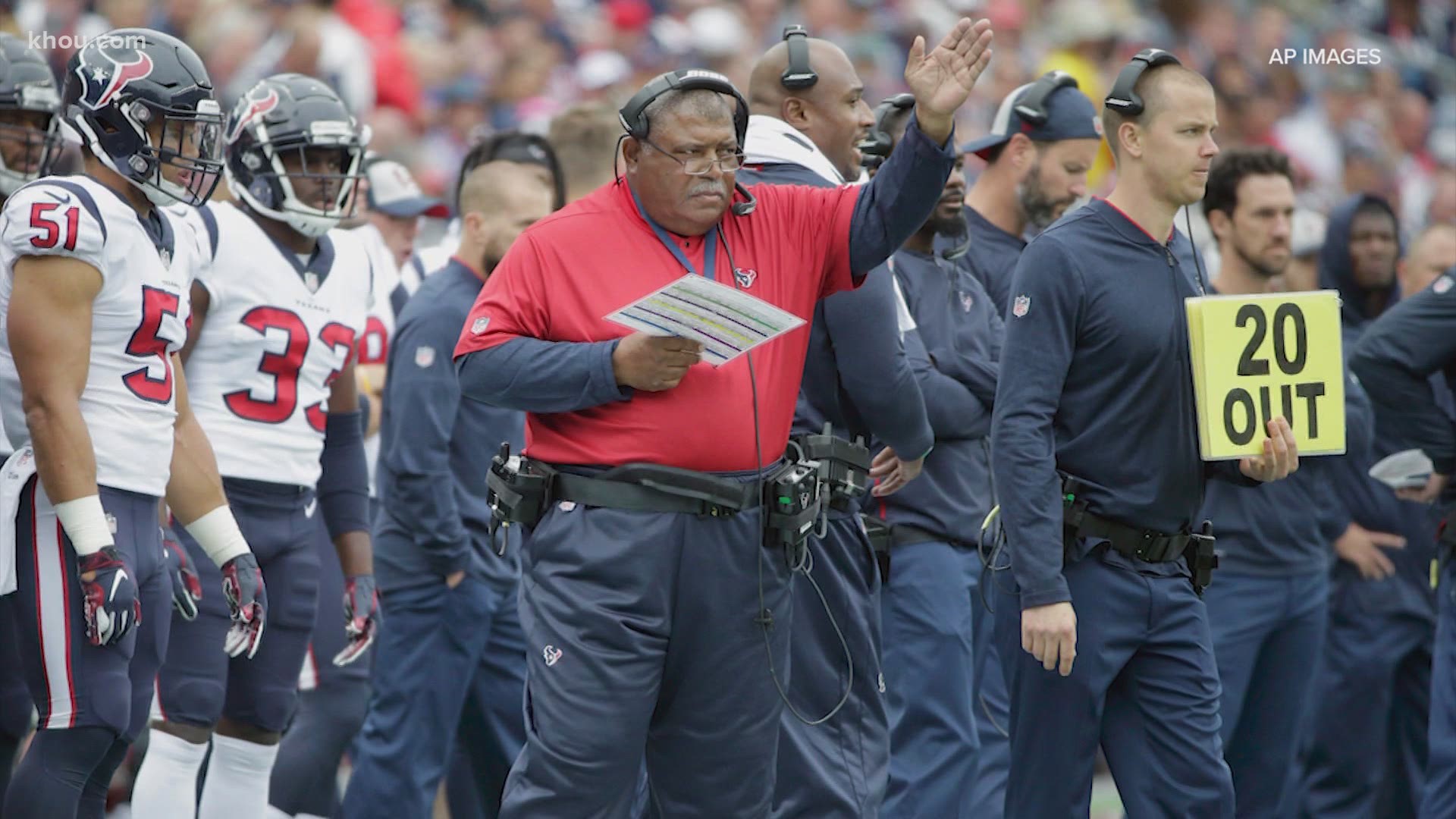 HOUSTON — Deshaun Watson threw for a season-high 359 yards and three touchdowns and the Houston Texans got their first win of the season, a 30-14 victory over the Jacksonville Jaguars on Sunday in the wake of coach Bill O’Brien’s firing.

O’Brien, who was also the general manager, was let go on Monday after the Texans fell to 0-4 last weekend.

Romeo Crennel was named interim coach and at 73, he become the oldest coach in NFL history, passing Hall of Famer George Halas, who was 72 in his last game with Bears in 1967.

Below are  highlights from the game

Deshaun Watson was showing his escape ability early, avoiding a loss and turning it into a positive play.

The footwork is next level 👀

Jacksonville had the game's first touchdown on this Gardner Minshew toss to Keelan Cole. Jags were up 7-3.

Houston then took the lead with this 44-yard pass from Deshaun Watson to Darren Fells.

The Texans extended their leads to 20-7 with this Watson to Will Fuller connection.

The Jags tightened it up with this fourth-down conversion for the score.

After the second Texans' takeaway of the day, Watson found Brandin Cooks for another score. 30-14 Texans.

.@BrandinCooks: 8 catches, 161 yards and his first TD with the @HoustonTexans!