The 6-foot-5, 322-pound offensive tackle has come a long way from playing quarterback (yes, quarterback) at a high school in an Alabama town with a population of 6,500.

Tytus Howard became the newest member of the Texans after being selected in the Thursday night’s NFL Draft.

The big offensive lineman from Alabama State was so excited, he couldn't sleep last night.

"I'm just focusing on coming in and being the best player I can be to help this team," Howard said.

He knows he can learn a lot from stars like Deshaun Watson and Deandre Hopkins.

"They're some amazing players, man. Guys I look up to," Howard said.

Howard is the son of Tyran Rivers and Nathaniel Howard and hails from Monroeville, Ala., with a population just over 6,500. The town is known more for being the hometown of “To Kill A Mockingbird” novelist Harper Lee.

“When I came out high school, I didn’t get that much attention, but I used that as motivation to be different, be better, so I can earn the stuff that I deserve,” he told the Montgomery Advertiser newspaper in January.

Walking on at Alabama State

The former quarterback was a walk-on and started out as a tight end at Alabama State, located in Montgomery, in 2014 before he made the switch to 2015. That season he appeared in eight games including six starts on the offensive line.

The next season Howard appeared and started seven games for the Hornets.

In 2017, he played and started all 11 games at tackle and led the team in pancakes and only allowed one sack.

Howard was named by SWAC coaches as the Hornets' only first-team all-conference selection in 2018.

Howard told the Associated Press working with the strength staff at Alabama State helped him transform his body into the 6-foot-5, 322-pound lineman he is now. He also mentioned he got a little help from his fiancée's cooking.

"My favorite would be her chicken spaghetti," he said. "I used to eat that back to back nights. I'd eat the whole pan."

At the Senior Bowl in January, Howard told the Montgomery Advertiser newspaper that he use to laugh at the drastic change in his physical appearance.

“I look at it as a joke, it’s funny to me because I’m big now and I was so little then,” Howard said Wednesday. “I hate to tell y’all my nickname so I’m probably not even going to say it. … (Laughs) Back home everybody called me ‘Weenie’ — that was my nickname.

“But when people see me know they’re like, ‘Dang I can’t call you Weenie no more because you’re not small no more.’ It’s always a joke to see how big I am now versus how small I was then.”

Howard says he was so small when he first walked on at Alabama State that he could barely participate in his first weight training session.

“I left high school benching around 185, so I had to hit the weight room hard,” Howard said. “I remember my first day of workouts, the strength coach — just because I was a tight end — he put me with one of the linebackers, and they started with 225 the first set and I couldn’t even get 225 off my chest, and he was just screaming at me. I was like, ‘Damn this is going to be a long fall.’”

Howard told the Advertiser he put on nearly a 100 pounds in five years to build up his frame. This included adding 75 pounds since being listed as 255 pounds entering his redshirt junior year.

According his draft profile on NFL.com, Howard has 34-inch arms and his hands measure at 10 5/8 inches.

At the NFL Combine in March:

“Ascending tackle prospect who will require additional work with technique and in the weight room to fully realize his potential. Howard is a gifted athlete with rare quickness and fluidity as both a run and pass blocker and his play issues are correctable with more work. While he will be dinged for level of competition, his upside was on full display with his play against Auburn. He needs development, but he's much more than a developmental prospect and could find a starter's spot within his first two years.”

He added that he compares favorably to current NFL lineman Desmon Harrison, of the Cleveland Browns. 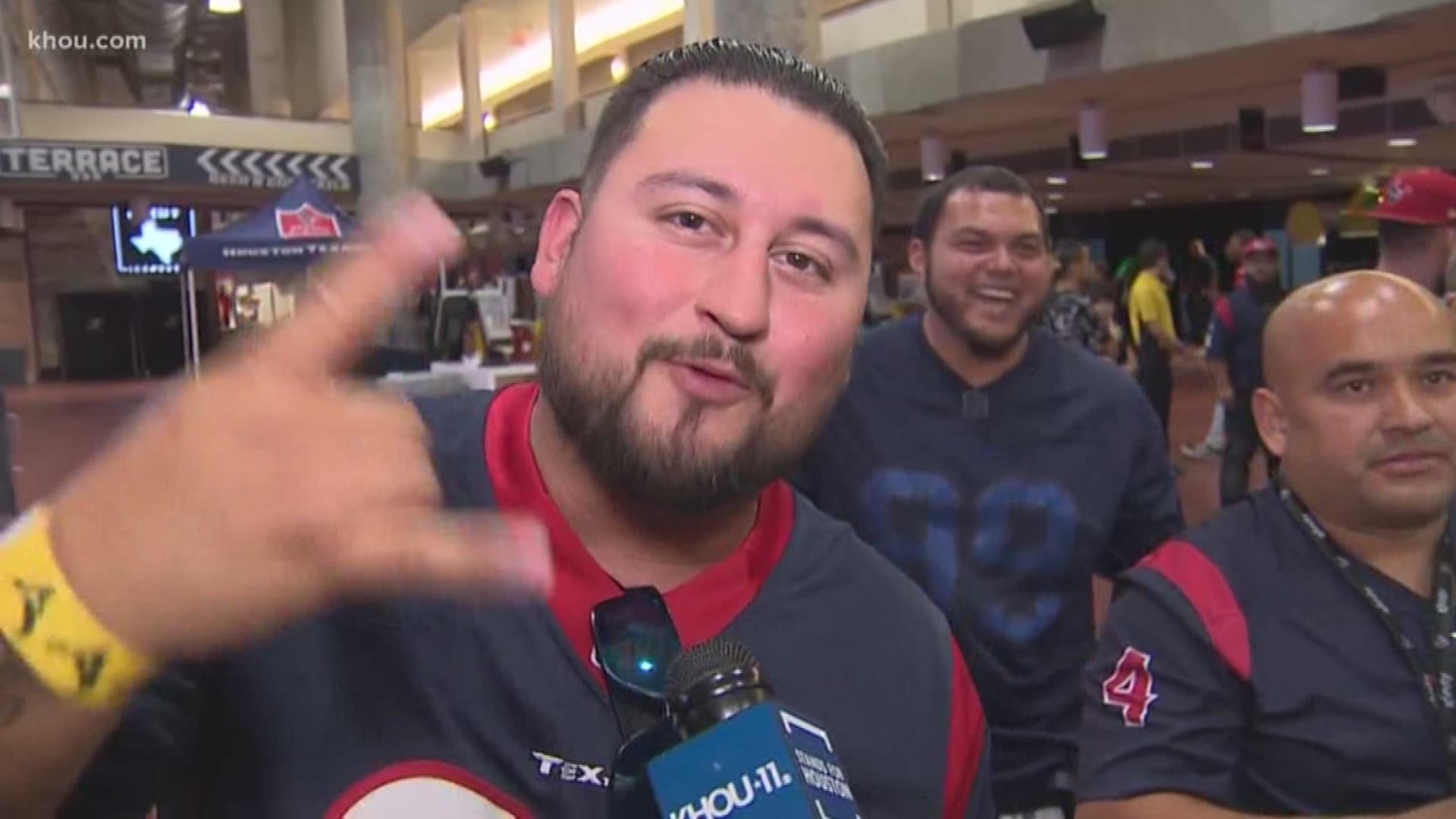 Howard also mention to the AP that his history of playing quarterback definitely gives him a unique perspective.

"I know how being sacked feels, so I try my best not to give up any sacks and I try to play long as I can to keep the guy from hitting the quarterback," he said.

When Howard was selected Thursday night, he became the highest draft pick in school history. He is the first selection for the Hornets since Jylan Ware was chosen by the Oakland Raiders in 2017.

RELATED: Recap: Murray goes No. 1, Jones is surprise at No. 6