It's the latest twist in the Watson-Texans saga after reports earlier this week that the star quarterback wants out. 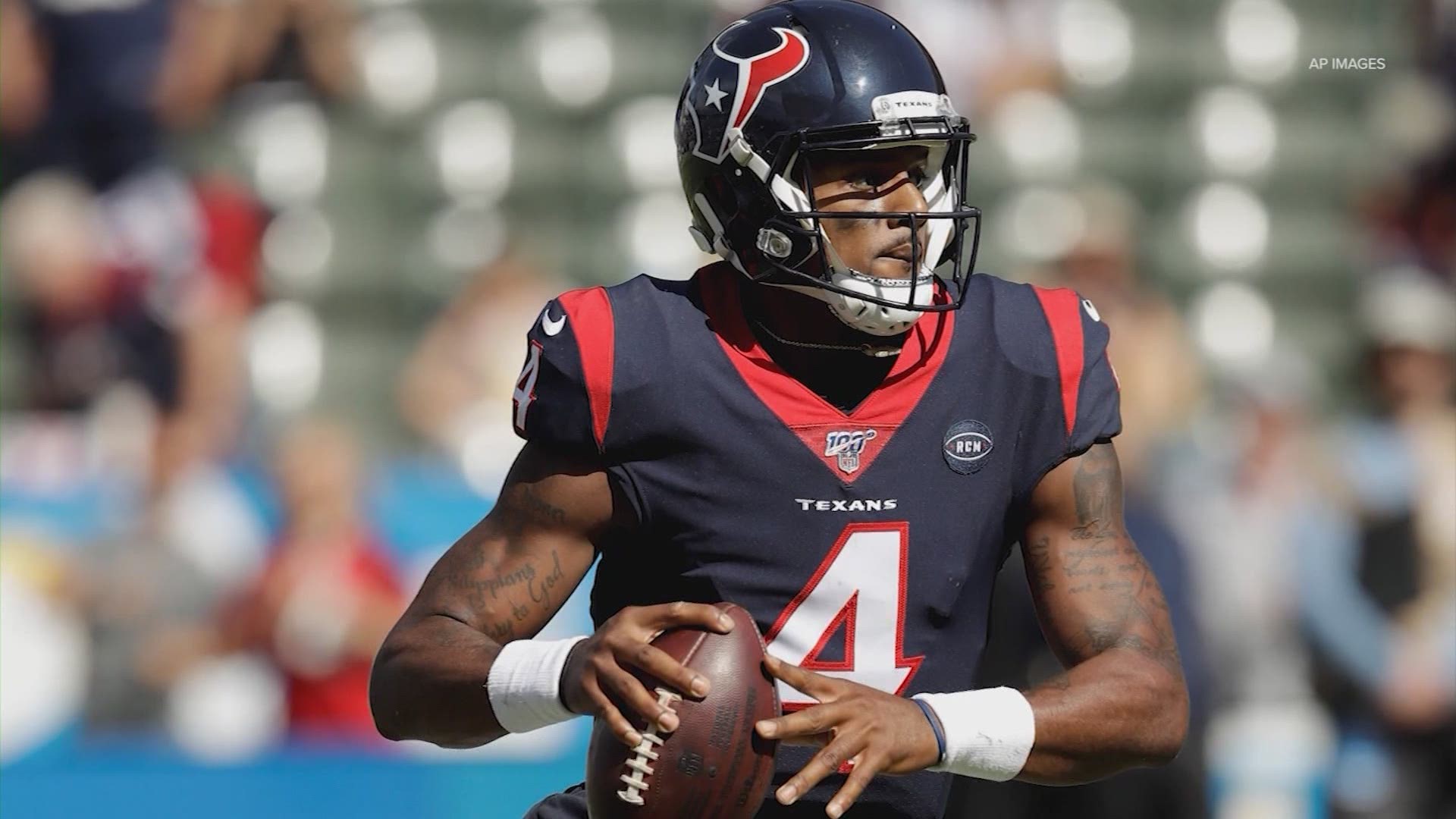 HOUSTON — The latest twist in the Deshaun Watson-Houston Texans saga played out on social media Saturday.

Watson removed any mentions of the Houston Texans from his Twitter and Instagram profiles. The account descriptions now say he can be contacted through his agent or marketing manager.

It definitely sends a message about the relationship between the team and its star quarterback.

RELATED: Where will Deshaun Watson land if the Texans decide to trade him?

And if it wasn’t bad enough that Watson is at odds with the Texans, the national media is starting to pick up on J.J. Watt and his possible departure. Sports Illustrated ran a story on Saturday, saying that players and coaches believe Watt’s time in Houston is over.

Just months ago, Texans fans were elated at the thought of Watson playing for Houston for another four years after the quarterback signed a hefty 4-year, $160 million contract extension with the Texans.

His contract, though, has a no-trade clause, which means he has a significant say in his destination, and according to CBS.com, Watson is looking to play hardball with the Texans, to the point he's willing to waive his no-trade clause to make sure he never takes another snap for them in the future.

Although it might seem like Watson has leverage because he could essentially choose which team he goes to, ultimately the Texans don't have to trade him because of his contract extension that goes through the 2025 season.