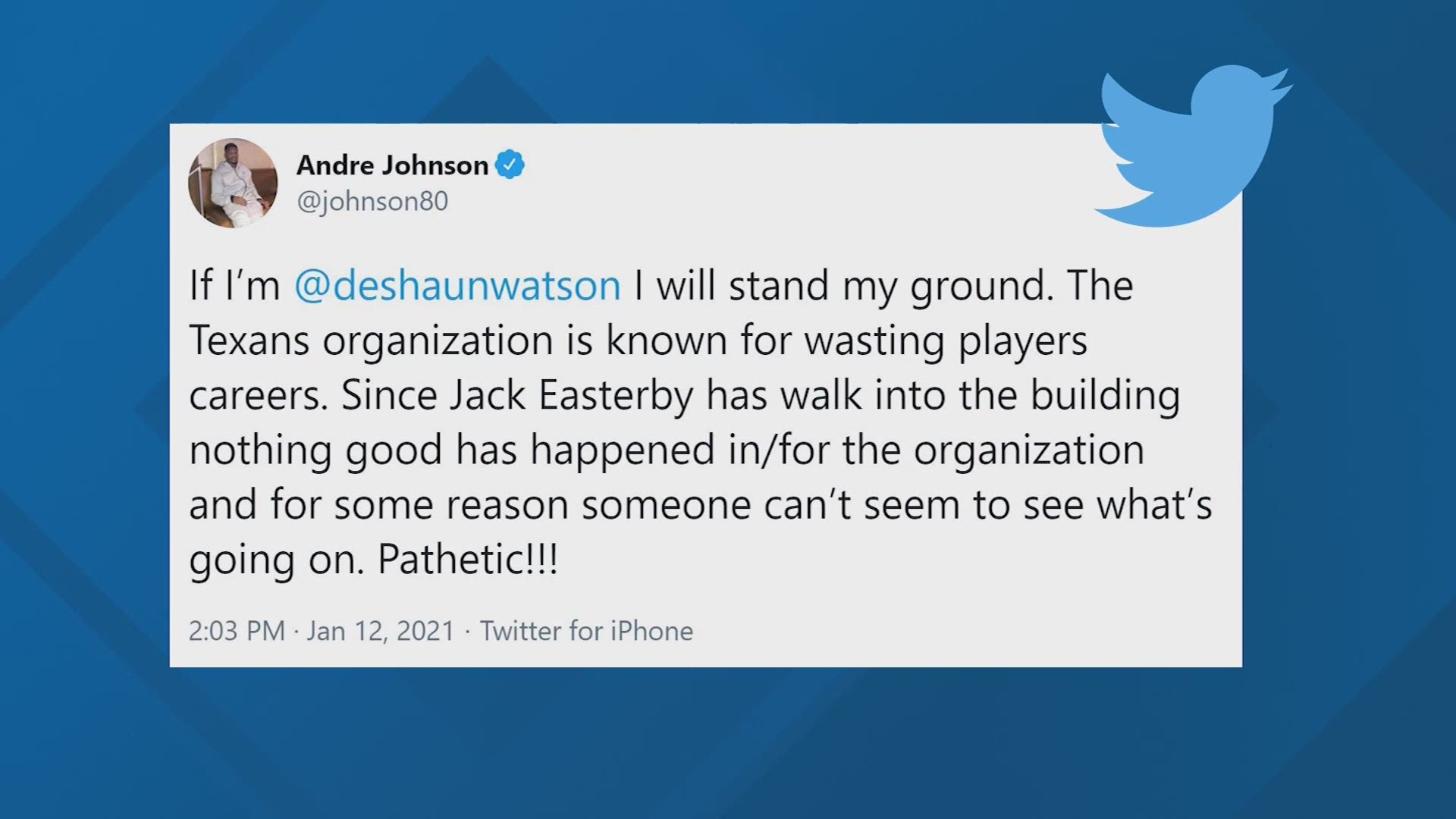 Details of those frustrations continue to spill out following the team’s hiring of new general manager Nick Caserio.

On Tuesday, Johnson -- the Texans' all-time receiving leader -- tweeted some advice to Watson and took a shot at Jack Easterby, the team’s executive vice president of football operations, who was the interim general manager after Bill O’Brien’s firing.

If I’m @deshaunwatson I will stand my ground. The Texans organization is known for wasting players careers. Since Jack Easterby has walk into the building nothing good has happened in/for the organization and for some reason someone can’t seem to see what’s going on. Pathetic!!!

Esterby’s path to the Texans is an unusual one. Before coming to Houston, he spent six seasons with the New England Patriots as their character coach, which was a similar role that he held before New England when he was with the Kansas City Chiefs.

Johnson's tweet comes as talk escalates about Watson's dissatisfaction. On Sunday, we spoke with NFL insider Aaron Wilson who says there's not a lot the Texans can do to appease Watson.

"His concern from sources close to him and around the league is that he could be wasting his years.  He could end up like a J.J. Watt," Wilson said Monday. "His whole thing is, ‘Be legendary.’ Legends have Super Bowl rings. He doesn’t have confidence in the direction, and he wants to be involved."

Watson just signed a four-year, $156 million contract extension, which includes a no-trade clause. But he could waive that if he really wants out. Rumors have swirled over a Miami-Houston trade that could send the Texans Pro Bowl quarterback to South Florida.

Andre's rep Alexis Knapp from Rockaway PR confirms to me that Andre did indeed tweet this... https://t.co/5XQbFCn7rr