What it will take for Houston to host another Super Bowl

All the experts agree for Houston to host its fourth Super Bowl, the key will be NRG Stadium. 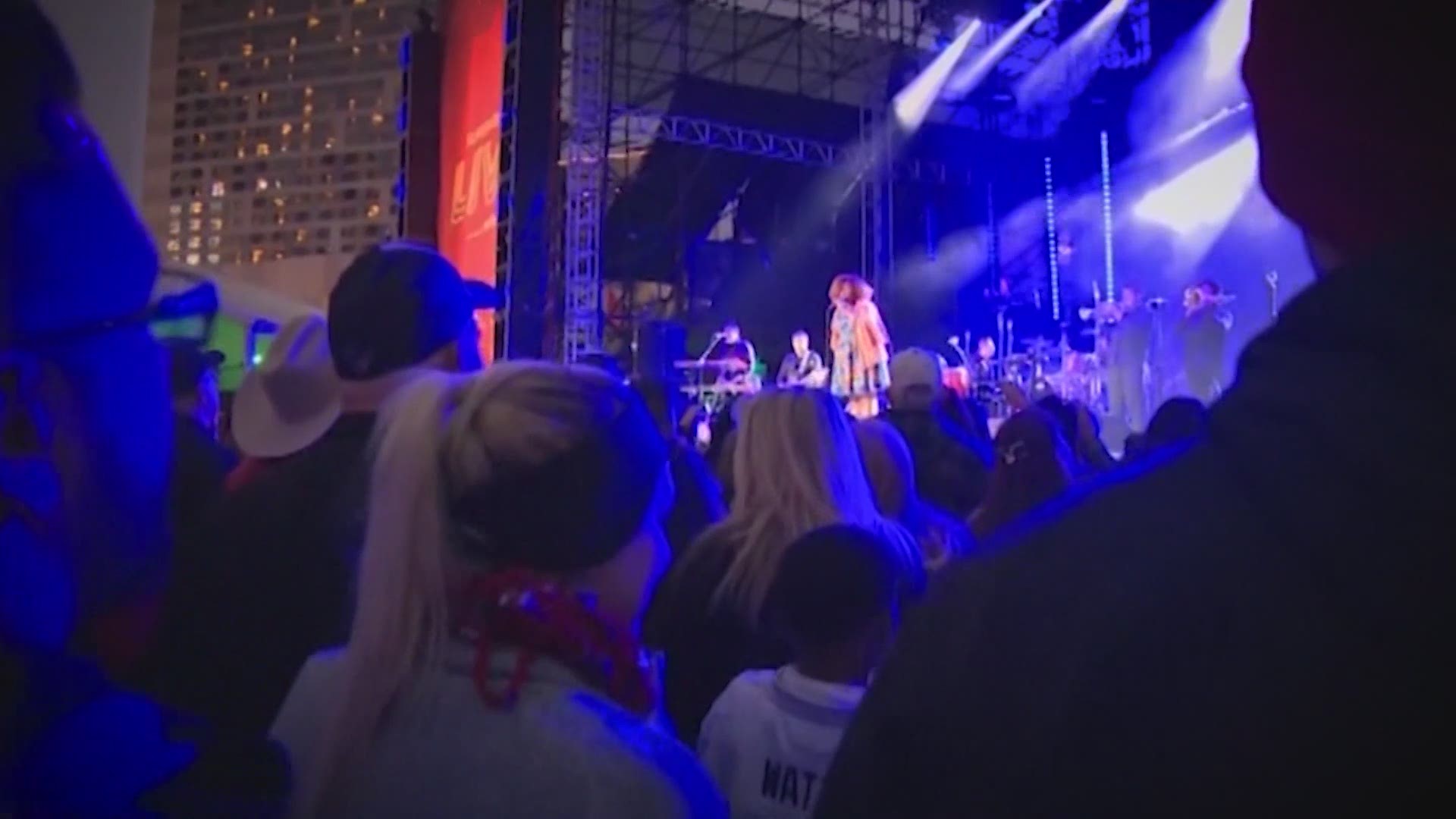 HOUSTON — Who can forget the show Houston put on for the world both on and off the field in 2017?

Together Houston and the NFL broke records for Super Bowl 51. City leaders made it clear Houston wants another one.

"Before the Super Bowl left in 2017 the conversations had already started," said Holly Clapham-Rosenow, chief marketing officer with Houston First.

"It's got attitude, ability and now Houston has got a proven track record," Clapham-Rosenow said.

"It takes a lot of time to put together," J. Kent Friedman said.

Friedman is chairman of the Board of Directors for the Harris County Houston Sports Authority. He predicts the wait will be shorter this time.

"I think it'll be under 10 this time," Friedman said. "We will skip jump several cities in line in terms of hosting another Super Bowl because of the great experience that happened last time."

Downtown got a face lift. The Avenida Entertainment District, Discovery Green and plenty of hotels helped play host to thousands of visitors. And an improved rail system shuttled people to and from the action-packed hubs.

"It's really hard for any destination to meet and exceed what Houston proved in 2017," said Clapham-Rosenow.

But all the experts agree for Houston to host its fourth Super Bowl, the key will be NRG Stadium.

"The great thing about NRG is that it has great bones, but it's 16 years old," said Ric Campo, former Chairman of Houston's Super Bowl Host Committee. "Like anything you have to constantly keep them up. All of our community leaders understand that the stadium has to be first class. If the stadium is not first class then the events produced there aren't going to be first class."

RELATED: Watch some of our favorite Super Bowl commercials

Super Bowl host cities are already penciled in through 2024, and now the selection process is different.

No more bids. If the NFL wants you, they'll call you.

"I think the NFL would like to bring one as soon as possible," Friedman said. "We're way towards the top of that list of places to put a Super Bowl."

For now, the city is focused on winning the Democratic National Convention, hosting the National Championship College Football game in 2024 and possibly welcoming the World Cup in 2026.

But should the NFL decided to call, the city knows it will be ready.

The experts think 2027 could be our best chance. Whenever we host again, the Texans will have to be on board and they are. They released this statement:

“We have communicated our community’s strong desire to host a Super Bowl in Houston again in the coming years. One of the imperatives of the Houston Texans is to do great things for Houston and working with our local leaders to attract major events like the Super Bowl is one of the more tangible demonstrations of our commitment to our community. We are determined to make another Super Bowl in Houston a reality at some point,” said HoustonTexans President Jamey Rootes. “At the same time, we are working alongside our partners at NRG Stadium, the Sports Authority and others to become a World Cup host city in 2026, and having recently been awarded the 2024 College Football Playoff National Championship, the timing of another Houston Super Bowl must be right for both our city and the NFL. I know this issue is the same in the other world-class cities that are vying for mega events like the Super Bowl. Among other benefits, the Super Bowl delivers over three billion media impressions and approximately $500 million in economic impact, so it is well worth the effort we are all investing. Also, following Super Bowl LI, over $4 million was distributed to local nonprofit service organizations to ensure that everyone in our community benefited from this great event. We will continue to work with our local partners to make sure Houston is well prepared and we will all play to win when our next opportunity to become the host city for the Super Bowl arises.”