Police said that Incognito became upset with staff Monday afternoon and "began to damage property inside the business and shout at employees." 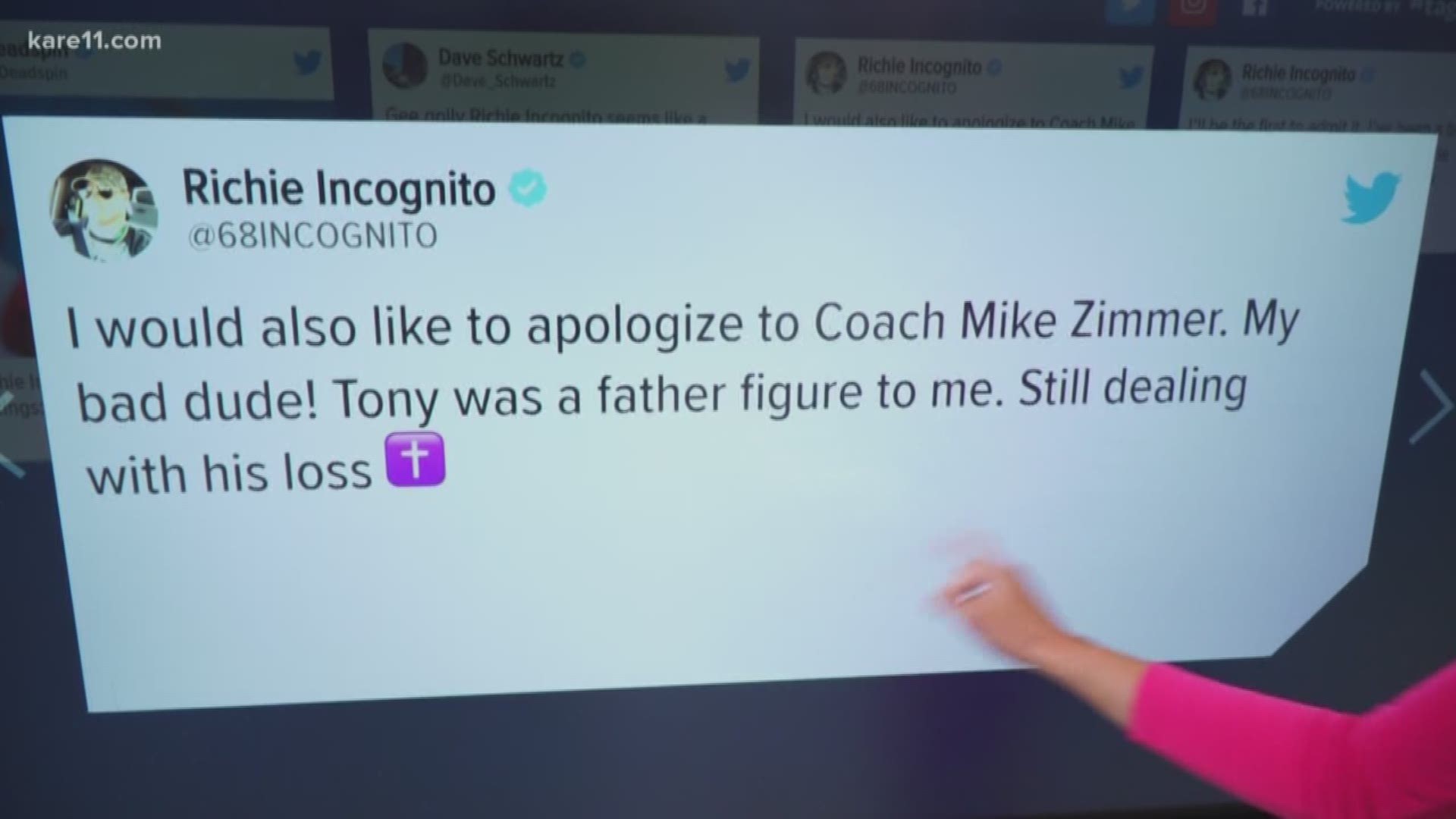 Richie Incognito, a free-agent lineman in the NFL, was arrested in Scottsdale Monday for disorderly conduct and threats, according to the Scottsdale Police Department.

Incognito, 35, was arrested at Messingers Funeral Home in Scottsdale, where he was making arrangements after his father's death.

Police said that Incognito became upset with staff Monday afternoon and "began to damage property inside the business and shout at employees."

He then threatened to grab guns from his vehicle and shoot the employees at the funeral home, police said.

NBC Sports' Mike Florio wrote that guns were found in Incognito's truck. He was detained and arrested at the scene. He faces misdemeanor charges of threats and disorderly conduct.

Incognito announced the death of his father over the weekend on Twitter. He had apparently been in Arizona to move out of his Valley home, according to TMZ.

Incognito spent over a decade playing for a few different teams in the NFL and has been no stranger to controversy. He announced his retirement earlier this offseason, but was removed from the Buffalo Bills' retirement list, signaling a potential comeback attempt.

Richie Incognito #64 of the Buffalo Bills warms up before the game against the Indianapolis Colts at Ralph Wilson Stadium on September 13, 2015 in Orchard Park, New York. (Photo: Tom Szczerbowski/Getty Images)