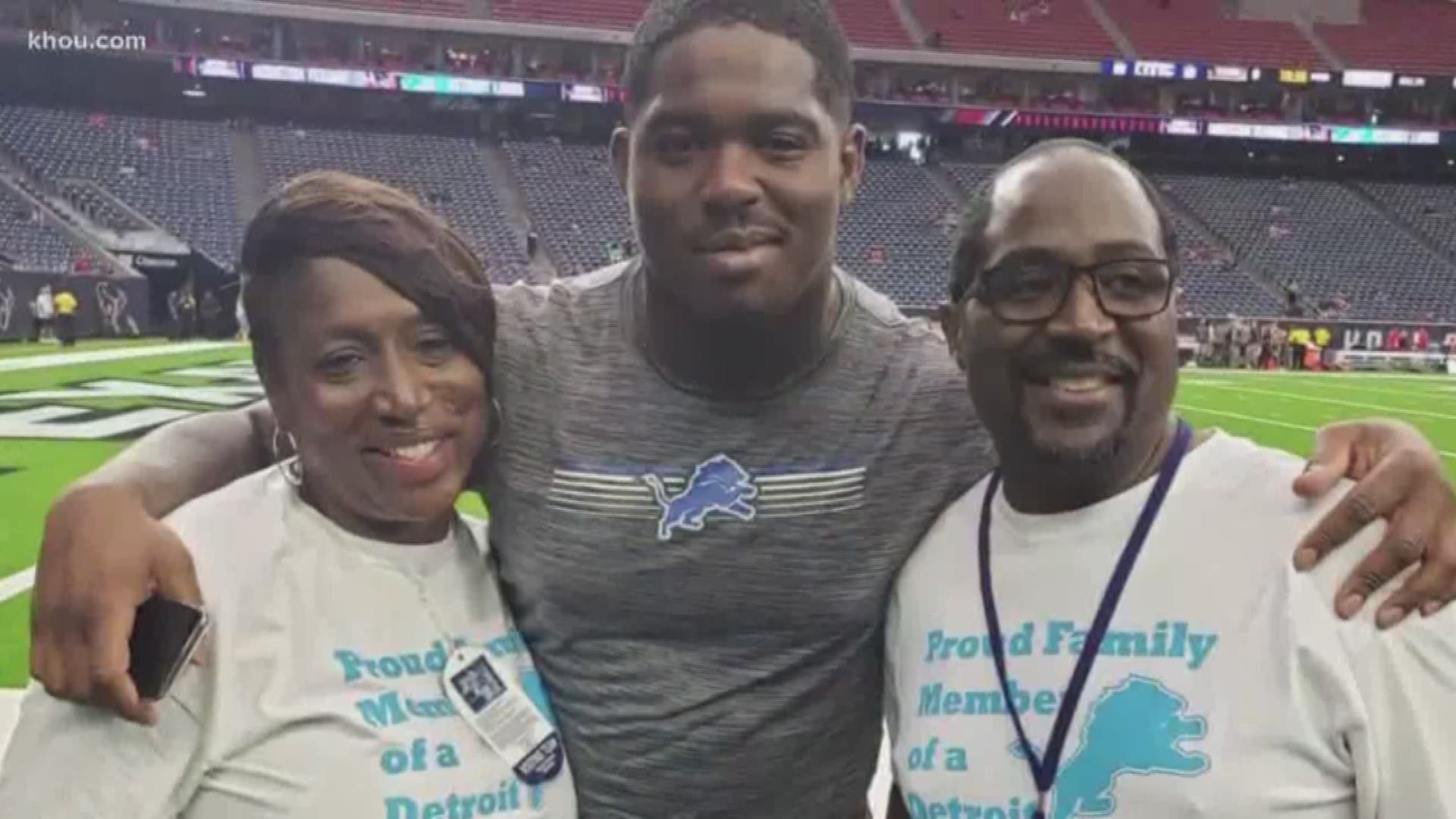 CLEVELAND, Texas — Hope was all they had. Three weeks later, a Cleveland father battling stage 4 lung cancer and his son, an undrafted rookie fighting for an NFL job to help take care of his dad, have a lot to celebrate.

Hours after chemotherapy, Kevin Strong, Sr. felt nervous from a late FaceTime call from his son, Kevin, Jr. in Detroit.

“(My wife and I were) trying to ask him what was wrong,” Strong Sr. said.

The call did not begin well.

“He had this mean mug on his face,” Tanisha Strong, Kevin Jr.’s mother said of her son.

He looked good practicing with the Detroit Lions against the Houston Texans last month. Strong Jr. even had a sack in the Lions’ final preseason game last week.

Still, the undrafted rookie defensive tackle from Cleveland and the University of Texas-San Antonio was no lock to make the team. He fought, though, for his dad.

Strong Sr.’s cancer is treatable but treatment is grueling and painful. It is why the two agreed to be strong and push for each other. If he made the team, Strong Jr. planned to help take care of dad.

“It gave me a lot of energy, but the last couple of days, I’ve been a little bit tired,” Strong Sr. said.

Both parents' hearts fluttered a bit when Strong Jr.’s sad face popped up on their phone as the Lions announced their final roster.

“(Strong Jr.) tried,” Tanisha Strong said. “He turned his head away and he was like I made it. (We saw) all the pearly whites and we were just yelling me and my husband.”

30 minutes later, Tanisha Strong, who weeks ago predicted her son would make it, started shopping for Lions gear and planning trips to games.

“Trust me: we will be representing,” she said.

Mostly, she and Strong Sr. are just proud. Their son’s dream came true. They are also excited to see what it does for his dad.

“I know that it’s going to make my husband know that don’t even think about giving up,” Tanisha Strong said. “That’s not an option.”

“It just let me know to keep pushing,” Strong Sr. said. “If he can do it, I can do it. Just keep pushing. Keep the good Lord first, and sky is the limit.”