Caldwell had been the Jaguars general manager since 2013. Owner Shad Khan has reportedly told head coach Doug Marrone he will finish out the 2020 season. 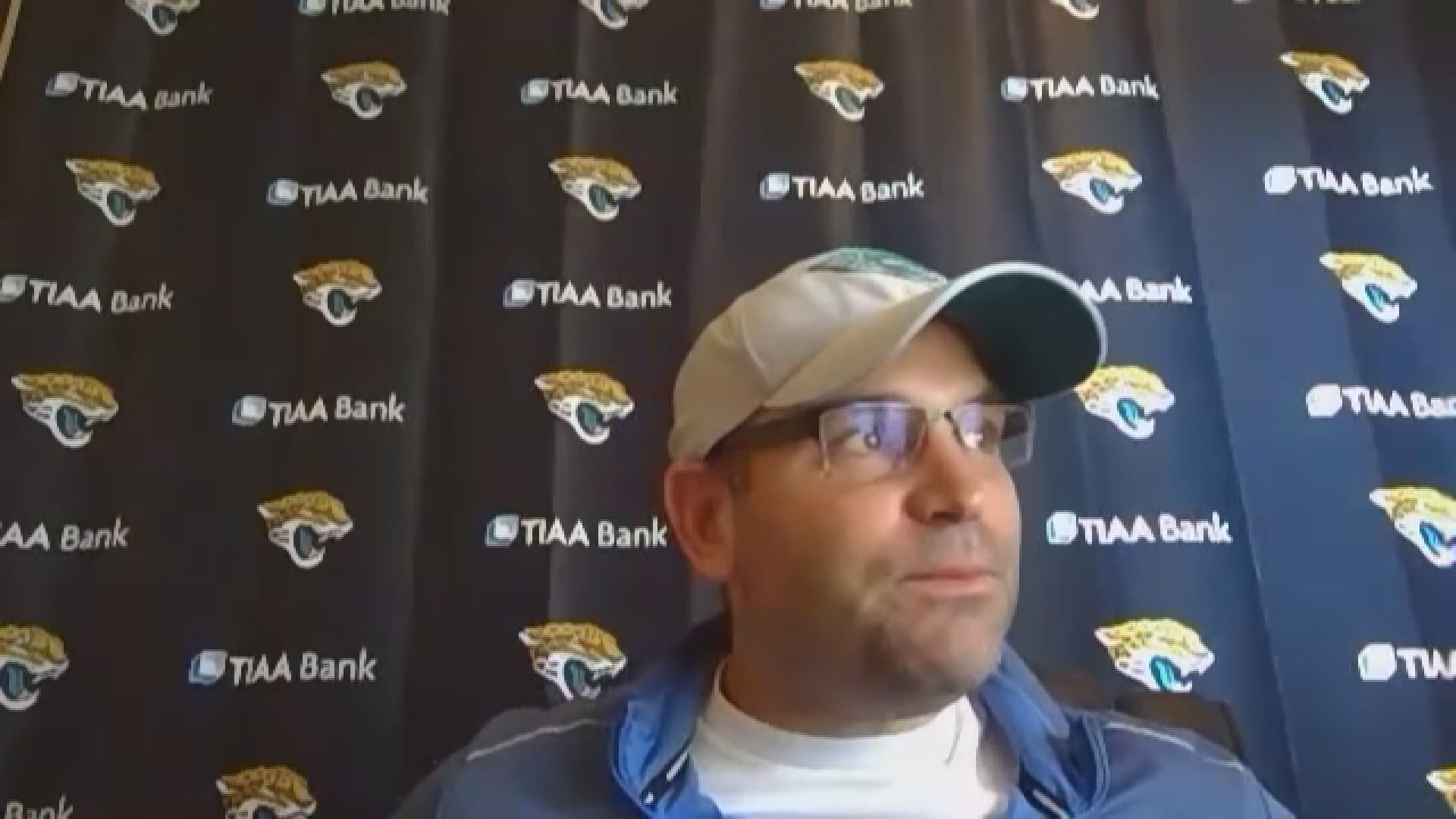 In a statement released shortly after the Jaguars' 27-25 loss to the Cleveland Browns Sunday, owner Shad Khan confirmed an earlier ESPN report that general manager Dave Caldwell had been fired. The Jaguars were officially eliminated from playoff contention and have now lost a franchise-record, 10 straight games.

"I’ve met with Dave Caldwell to express my appreciation for his service to the Jacksonville Jaguars as our general manager," Khan's statement said. "Dave was exceptionally committed and determined to bring a winner to Jacksonville, but unfortunately his efforts were not rewarded with the results our fans deserve and our organization expects. Our football operation needs new leadership, and we will have it with a new general manager in 2021.

Caldwell, the team's general manager since 2013, compiled a record of 39-87 during his time in Jacksonville.

The Associated Press reports that Director of Player Personnel Trent Baalke will serve as interim general manager. Baalke served as 49ers general manager from 2011 to 2016.

As for head coach Doug Marrone, Ian Rappaport of the NFL Network reports that Khan has assured Marrone and his staff that they will "be secure" through the end of the 2020 season.

What about Doug Marrone? Owner Shad Khan spoke to him after the game to confirm that the decision on Dave Caldwell has no bearing on Marrone or his coaching staff.  Khan informed Marrone that he and his coaching staff are secure through the end of the 2020 season

This story will be updated as more information becomes available.

In 2013, the Jaguars hired 39-year old Dave Caldwell from the Atlanta Falcons where he was the Director of College Scouting. Caldwell came in to turn around a Jaguars through the draft which he struggled with early on. Let’s take a look back at the selections he made in the first round during his time here.

Result: Out of the league

Result: Backup QB on the Rams

Result: Traded to the Rams

Result: Traded to the Rams

Result: Still on the Jaguars

While Dave Caldwell found some diamonds in the rough -- including undrafted rookie running back James Robinson, currently the third-leading rusher in the NFL -- the lack of production from his top-tier picks did not pan out like the Jaguars wanted. Most of the time you are only as good as your offensive line and quarterback play take you, and they found Gardner Minshew too little too late. Even then, a new general manager in 2021 will most certainly be looking for "his guy" at the quarterback position, most likely in this April's Draft.