The Houston Texans quarterback tweeted he couldn't be more honored and humbled to sign a long term deal in Houston. 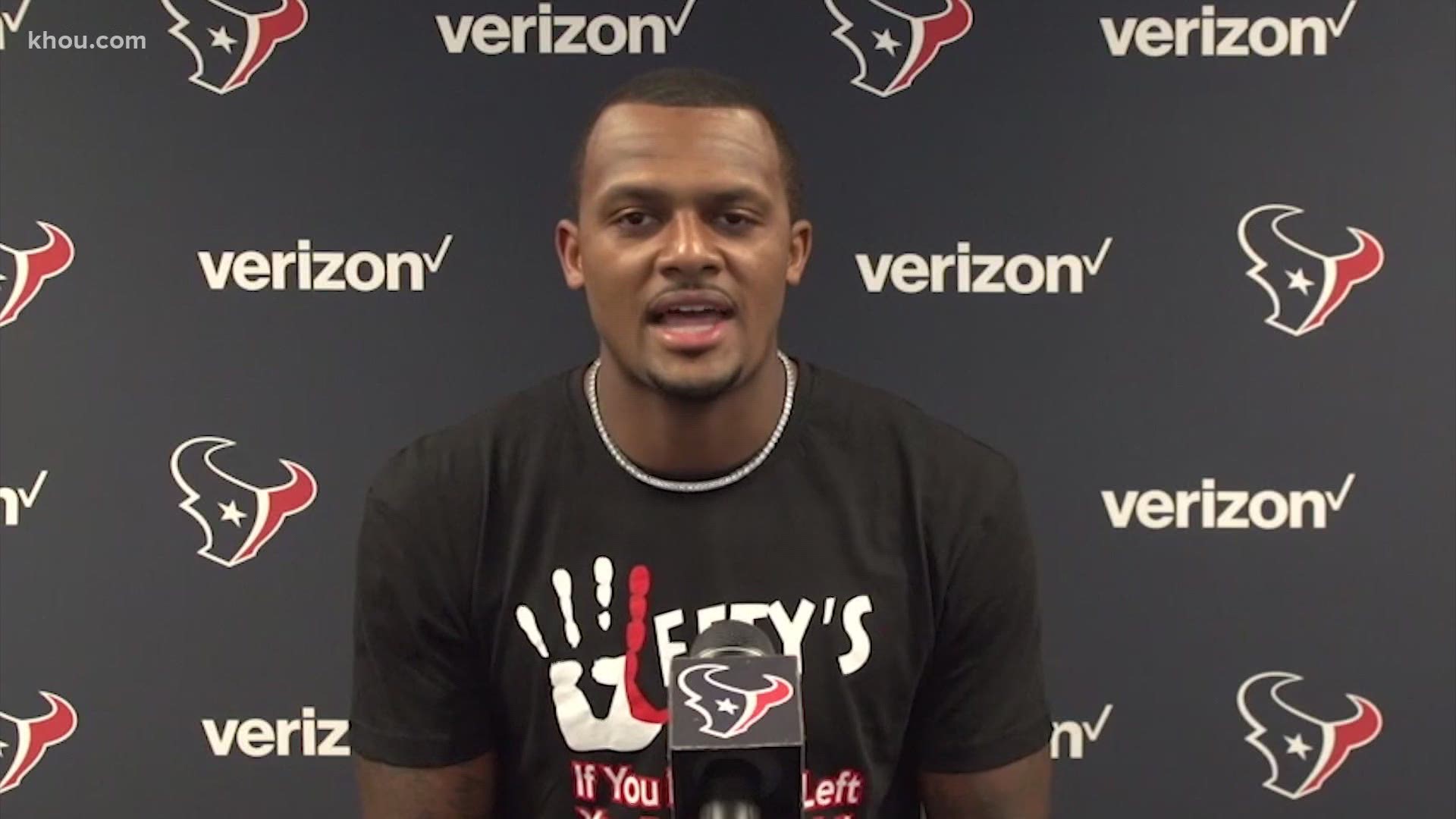 HOUSTON — Houston Texans fans: Deshaun Watson is here to stay with us a little while longer.

The quarterback has agreed to extend his contract with the Texans, signing a four-year deal for $160 million, according to NFL.com.

Watson confirmed the news on Twitter, saying he couldn't be more honored and humbled to sign a long-term deal in Houston.

"I promise to do everything I can to not only bring a championship to this great city but also leave a legacy of helping positively impact this community," he wrote.

Watson was surprised by his family, former high school coaches and college coach Dabo Swinney during his Zoom news conference Saturday. He got emotional when talking about his family and supporters.

"Growing up from where I'm from, there's not too many people that make it out," he said before breaking down into tears. "For them to trust me when it means the most, that's the biggest thing."

J.J. Watt took to Twitter to congratulate the young QB on his big payday.

"We're lucky to have this one in Houston," Watt wrote.

We’re lucky to have this one in Houston.

A very well-deserved payday my friend!

Can’t wait for the world to see what the future holds. @deshaunwatson pic.twitter.com/OkGCDziyON