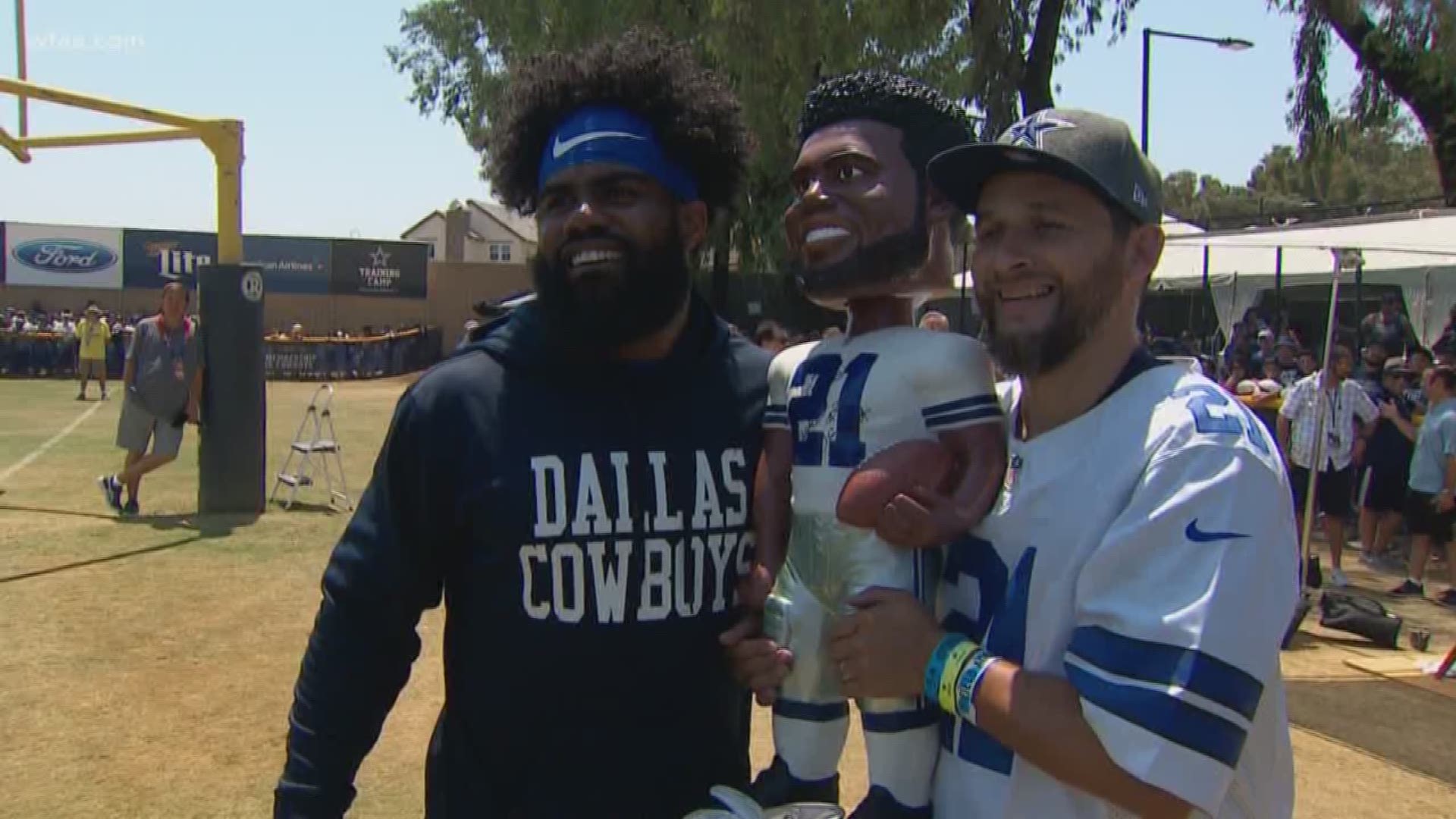 FRISCO, Texas — Dallas Cowboys running back Ezekiel Elliott has proven to be quite the competitor in the NFL, but the two-time rushing champion had a chance Sunday at the Ford Center at The Star to see the competitiveness of local kids.

Elliott hosted the Albertsons and Tom Thumb Ezekiel Elliott Football ProCamp for kids grades first through eighth, both boys and girls, and enjoyed running the camp.

Elliott went head to head with some of the campers in individual drills, and he appreciated the fierceness they showed, even though they knew the talent they were going against.

Said Elliott: "These kids, a lot of them have heart and they're out there and competing against me just like they're another pro and they're fierce. So, you've got to love them, you got to honor them. It's great."

Though Elliott's camp featured a selection of area prep and college coaches, according to ProCamps, the All-Pro running back walked between every drill and gave as much personal instruction as he could to each of the 200 campers. His message: Work hard and compete both on and off the field along with in the classroom and at home.

"Just excellence in everything that you do," said Elliott.

Elliott didn't have a ProCamp last offseason, though he did show up as a surprise instructor at quarterback Dak Prescott's camp in Lake Dallas. What motivated Elliott to get back to having his own ProCamp, which he had in the 2017 offseason, was wanting to give back to the community and connect with local kids, much the same way former New England Patriots and Denver Broncos running back Laurence Maroney did at camps in St. Louis when Elliott was a kid.

"There's this kid," said Elliott. "I don't know his name. I got to find out his name. But every time I see him he just kind of like forgets what he's supposed to be doing. He does his own thing and he comes up and hugs me.

"So, just little experiences like that that make it worth it."

Will Ezekiel Elliott end up with another rushing title for the Cowboys in 2019? Feed Mark your thoughts on Twitter @therealmarklane.