The start of the NFL's new league year is set to kick off on Wednesday and the Cleveland Browns figure to be one of the league's more accurate teams. 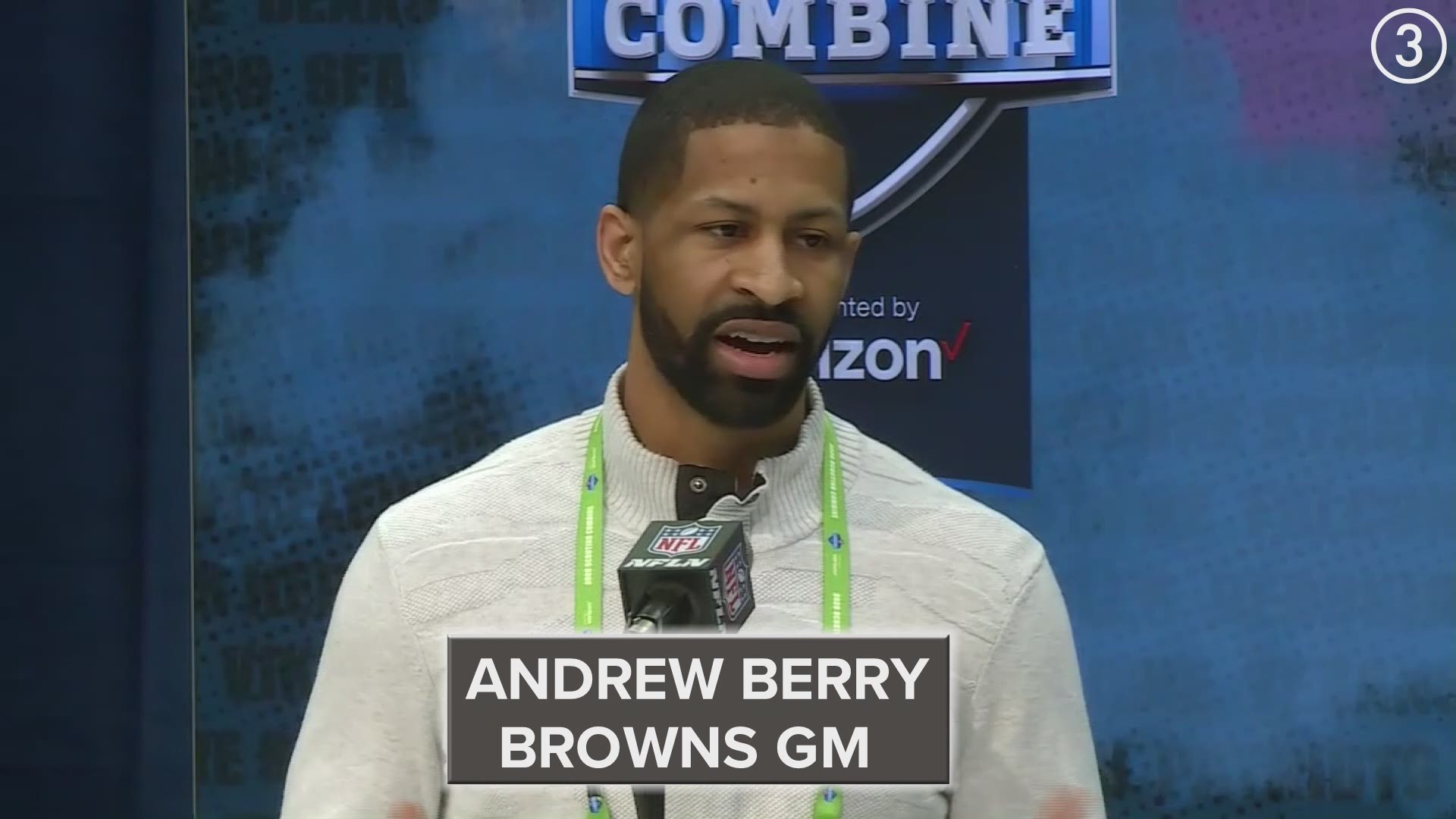 With the start of the NFL's new league year scheduled for Wednesday, "legal tampering" between teams and players will begin at 12 p.m. ET on Monday.

With that in mind, lets' take a look at where the Cleveland Browns stand heading into the unofficial start of free agency and what figures to be one of the league's more active teams.

According to OverTheCap.com, the Browns currently lay claim to $62,301,890 in cap space entering the 2020 offseason. That's good for the seventh-most cap space in the league, with Cleveland trailing the Miami Dolphins, Buffalo Bills, Tampa Bay Buccaneers, New York Giants, Dallas Cowboys and Indianapolis Colts as of Monday.

While the Browns already possess an abundance of cap space, they could find additional savings in the form of cutting defensive end Olivier Vernon (which would save $15.5 million) and offensive tackle Chris Hubbard (which would save $2.4 million).

Having already moved on from Greg Robinson and with Hubbard coming off a disappointing 2019 campaign, Cleveland will likely be in the market for not just one, but two starting offensive tackles. And while it appears the Browns already have the No. 10 pick of the 2020 NFL Draft earmarked for an offensive tackle, their need at the position is so vast that they'd be wise to also invest in free agency.

With Joe Schobert slated to hit free agency and Christian Kirksey having been released, 2019 fifth-round pick Mack Wilson is the only starter currently slated to return to Cleveland's linebacking corps in 2020. As a result, the Browns don't only need to add depth, but difference-makers between now and the start of the season.

Damarious Randall is heading into free agency and the Browns just cut Morgan Burnett. That leaves the Browns in need of immediate help at a position that has been prominent for new defensive coordinator Joe Woods.

Joel Bitonio is one of the league's best, but the Browns have yet to void left by Kevin Zeitler's departure at right guard. With its needs at tackle, Cleveland likely can't afford to spend big at guard, but it does need an upgrade.

Sheldon Richardson and Larry Ogunjobi return as starters, but neither's future in Cleveland is secure beyond 2020. Additionally, the Browns could stand to add another pass-rusher regardless of whether or not they keep Olivier Vernon.

An All-Pro caliber offensive tackle who's likely only on the market because injury concerns led to the Tennessee Titans declining his fifth-year option. Would be a perfect match for the offensive line-needy Browns and allow Cleveland flexibility with its decision-making heading into the draft.

The top linebacker on the market, Cory Littleton could be the difference-maker the Browns have lacked at linebacker for years. In 16 games with the Los Angeles Rams last season, the 26-year-old totaled 134 tackles, 6 of which came for a loss and 9 pass defenses.

With Denver having franchise-tagged Justin Simmons, Anthony Harris is considered the top safety on the market after having tallied six interceptions in 14 games with the Minnesota Vikings last season.

A key cog of the San Francisco 49ers' defensive line, Arik Armstead possesses the type of talent and versatility that would not only pair well with Myles Garrett, but give the Browns flexibility with its decision-making.

Even with the Browns having publically committed to David Njoku, his inconsistent track record is worth monitoring. Plus, with Kevin Stefanski relying on 2-tight end sets as often as he does, Cleveland could use a playmaker like Austin Hooper, who caught 75 passes for 787 yards and 6 touchdowns with the Atlanta Falcons last season.

A list of Browns players scheduled to hit free agency this week: