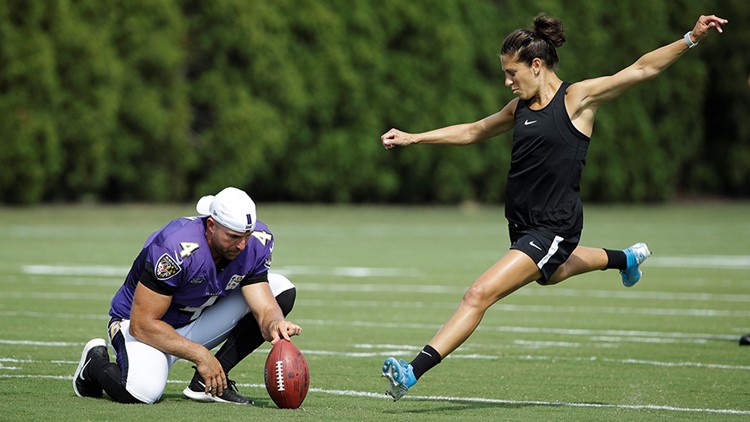 Lloyd, 37, got a lot of buzz last week when she nailed the field goal with room to spare.

Her trainer, James Galanis, told Fox Sports Monday that the football world took notice of her kicking skills and that a team made her an offer to join their roster.

But the U.S. Women's National Team is set to play Portugal in an International Friendly on Thursday -- the same day all 32 NFL teams will play their final preseason games. So, there would be a conflict.

Galanis added that the team which offered her the spot urged her to reach out to them immediately if she decided to seriously try football.

Lloyd told NBCSports.com she believes women can be kickers in the NFL, and that she thinks she could do it.

"Put on the helmet, strap on the pads, go for it. The mindset I have, I think with practice, I know I have to work on my steps and my technique, but I think I could do it and do it well. It could be a huge pivotal moment. There is no reason why a woman could not do this," Lloyd said.