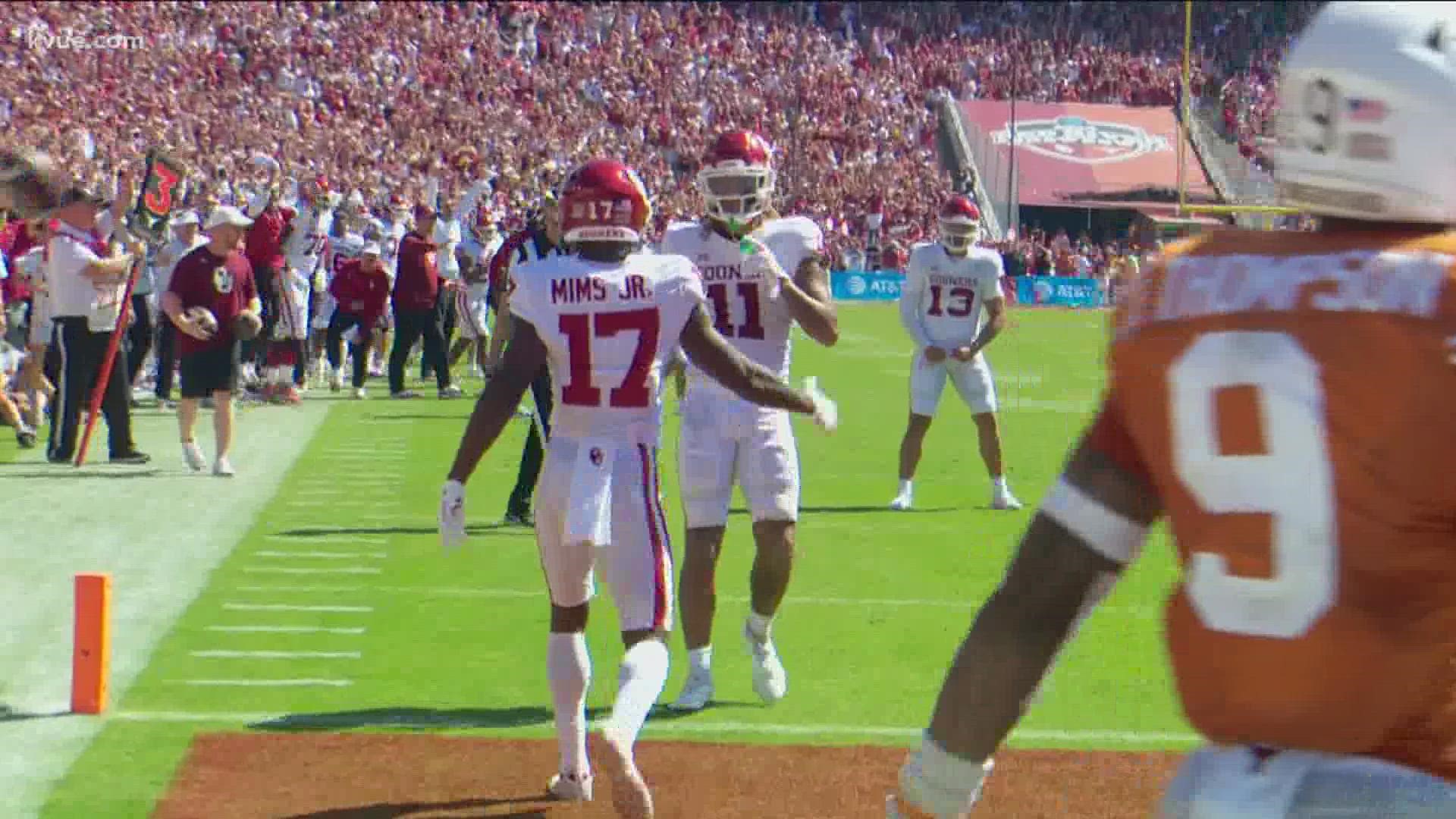 A 33-yard dagger of a touchdown run by Oklahoma running back Kennedy Brooks with one second left walked off the game filled with theatrics.

"It’s a part of football. One team gets momentum, and you have to make a play to stop it. Good play calling by them. We just didn’t execute at the end of the game when we needed the ball back," senior linebacker Demarvion Overshown said. "When you’re playing against a good team like that, and everyone doesn’t do their jobs, this happens."

Oklahoma mounted a massive second-half comeback, scoring 25 unanswered points. It was Oklahoma's largest comeback victory in the history of the Red River Showdown. With the 55-48 win, OU has beaten Texas for the fourth straight time in this rivalry despite Texas taking a 14-point lead in the first two minutes of the game. Before the first quarter was over, the Longhorns held a commanding 28-7 lead with all the momentum in their favor.

Oklahoma completes its largest comeback (for a win) in the history of the Red River Showdown.

Texas led by 21 at the beginning of the 2nd quarter, but the Longhorns were outscored 34-10 in the 2nd half.

Texas scored on the first play of scrimmage, a 75-yard screen pass to true freshman Xavier Worthy. In his first time competing against OU, Worthy slayed the Sooners' defense for 261 yards and two touchdowns on nine catches.

The stiff arm and the jets ✈️ ✌🏼pic.twitter.com/N8vFn9CyRm

Oklahoma quarterback Spencer Rattler seemed rattled from the jump and was eventually benched for backup Caleb Williams. It was the second straight Red River game that Rattler was benched. Last year, Rattler sat a few series as Tanner Mordecai, who has since transferred to SMU, filled in for the Sooners at quarterback. Rattler finished the game in 2020, but did not this time around.

Williams helped led the Sooners on an 18-point comeback and another touchdown to take a fourth quarter lead. Rattler came in for one play on the two-point conversion to tie the game, 41-41.

After a fumble on the ensuing kickoff and touchdown run by Brooks one player later, to give OU its first lead of the game, Texas quarterback Casey Thompson answered with his second touchdown connection to Worthy with only 1:23 remaining. Thompson finished the game with 388 yards and five touchdowns, a UT record in the Red River Showdown.

"[Worthy] is a dynamic playmaker. I think that was a really cool moment for him to bounce back from the fumble and make such a contested catch at a critical moment for the touchdown," UT head coach Steve Sarkisian said. "The guy is a great player now, but his future is even brighter. We are fortunate to have him.”

Brooks' second touchdown of the day sealed the win for the Sooners and finished with 217 yards on 25 carries. In his relieving role, Williams finished the game, throwing for 212 yards and tow passing touchdowns, while rushing for 88 more yards and scoring on the ground.

Headed into the game, Oklahoma had won four of the last five and seven of the last 10 matchups despite Texas' all-time lead in the series (63-49-5).

"Obviously, it was a hard-fought game and I give them a lot of credit for fighting their way back in the game and ultimately getting the lead. A lot of the story was one, in the second half, we struggled to get first downs and kept putting ourselves in third-and-longs, which they were able to develop momentum from. They were capitalizing on the opportunities," Sarkisian said. "I give our guys a lot of credit for the resolve to go down and score, but unfortunately, they hit us with a couple of big plays. They made the plays. I would love to say a call was wrong here or there, but the 50-50 balls that went up in the air, [Oklahoma] came down with them. The broken plays really hurt us the most today with the quarterback. [Oklahoma quarterback Caleb Williams] was kind of improvising and flinging the ball up and down the field and they caught it. Then the run game really kicked in for them. I wish we would've capitalized more offensively in the second half to try and extend the lead a bit, but big picture-wise, this will test our mental and we get to find out what we’re made of.”

The Golden Hat and Governor's Cup will return to Oklahoma for another year.

UT, on the other hand, returns home empty-handed to host the Oklahoma State Cowboys next weekend at DKR. Texas falls to 4-2 (2-1) on the season. 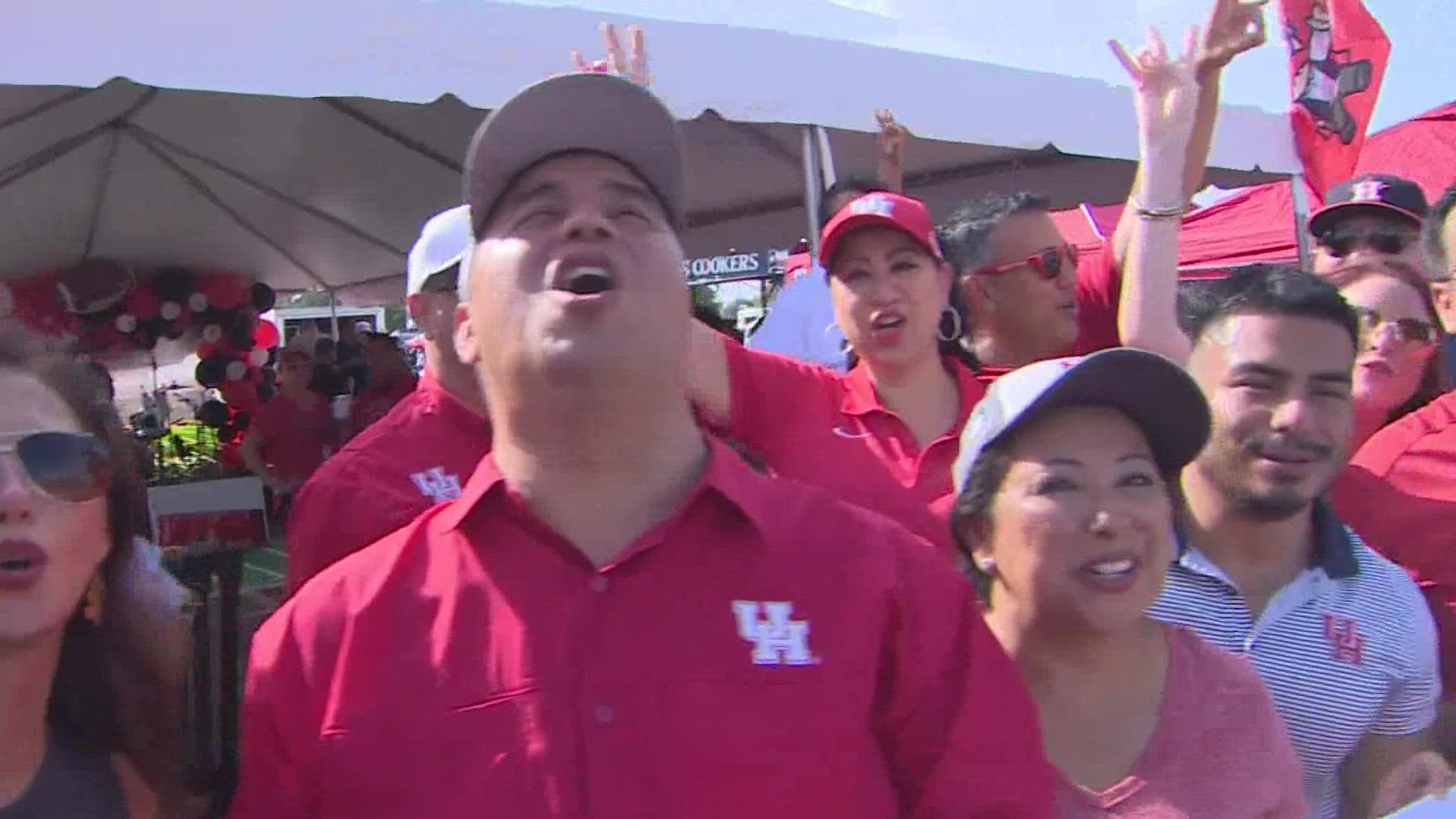 Fans react to possibility of Houston Cougars joining the Big 12