The former Longhorn DB has come up with an idea that he says will save 'The Eyes of Texas' and still allow Texas to save face. 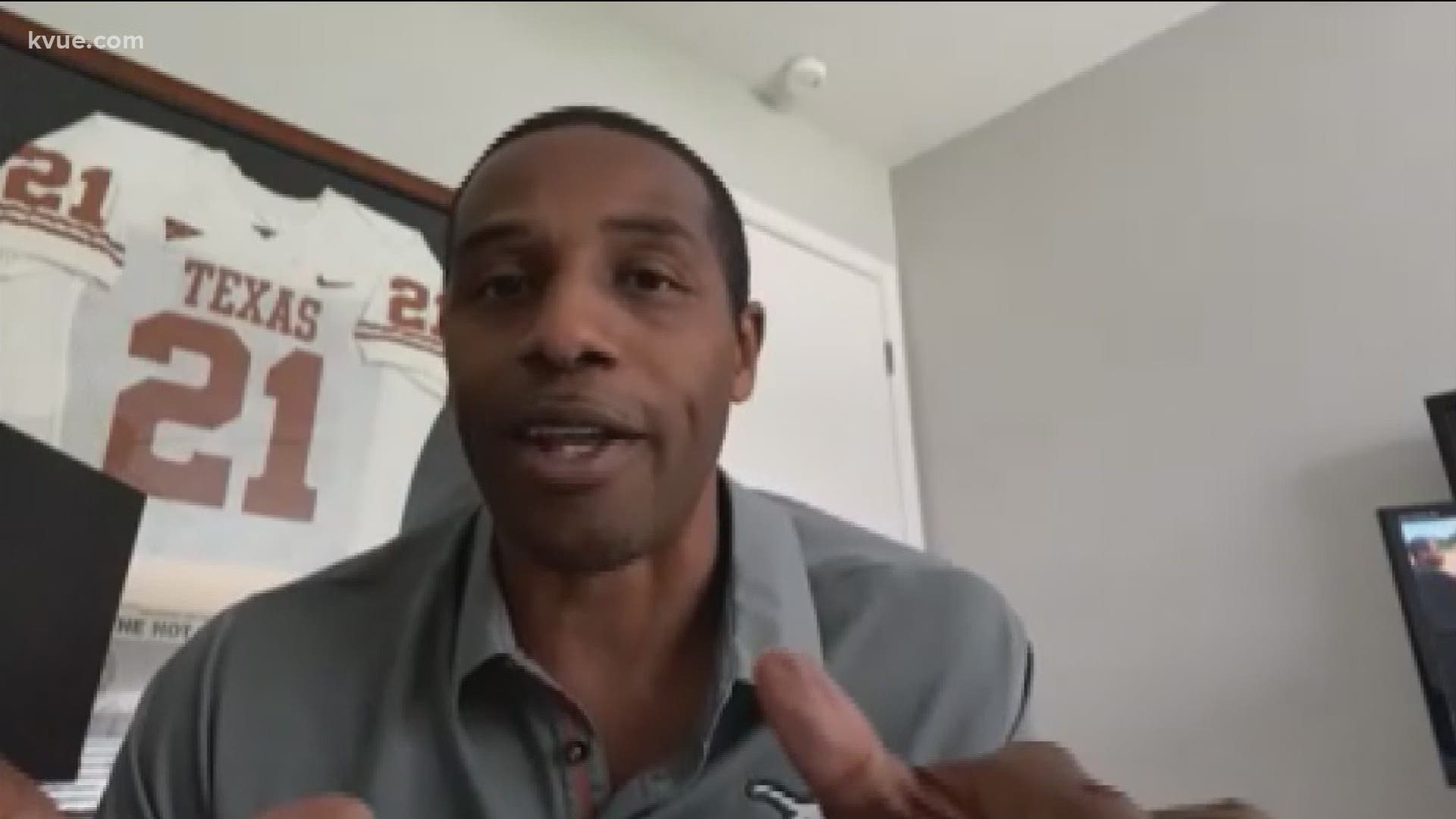 The song for some is loaded with tradition, community and school pride.

For others, it has a very different meaning – pain, anger and a history of racism.

“We know that the song initially debuted at a minstrel show,” Babers said.

So when dozens of current Longhorn student-athletes demanded getting rid of the song because of its racist past, "The Eyes of Texas" turned into the cries of Texas fans, and the two sides remain at an impasse. But maybe not for long.

“I am here to try and offer a compromise,” Babers said.

The former defensive back standout has an idea – an idea to save the song that will still allow the university to save face.

“Acknowledge the racial undertones, the racially insensitive past and origins of it by dedicating a portion of the stadium to Julius Whittier. Julius Whittier was the first black letterman at the University of Texas,” Babers said.

His proposal was met with tons of support, and also includes putting the band in the "Julius Whittier Section," which means the football team would sing "The Eyes of Texas" with their eyes directly on the change they accomplished.

"I think we should be grateful to these young people because at least we’re now educated on something that a lot of people were ignorant about," Babers said. "Now in every household that declares themselves a Longhorn household, they’re having that discussion. It’s an awkward discussion. It’s difficult; it’s delicate, but I think it’s a discussion that’s going to push us forward."

Babers said he hasn't spoken to any current players about the idea, but hopes it can help bridge the gap between them, fans and the administration.

"Can it be two things? Can it be a song with the racist origins that it has, or can it also have transformed into something now that is a symbol of unity to people? Maybe it’s got to go; maybe we can find room for common ground, but I love the discussion that’s happening," Babers added.