Keep up with all of the scores and action from the Broncos' game against the UTEP Miners on The Blue on Friday night. 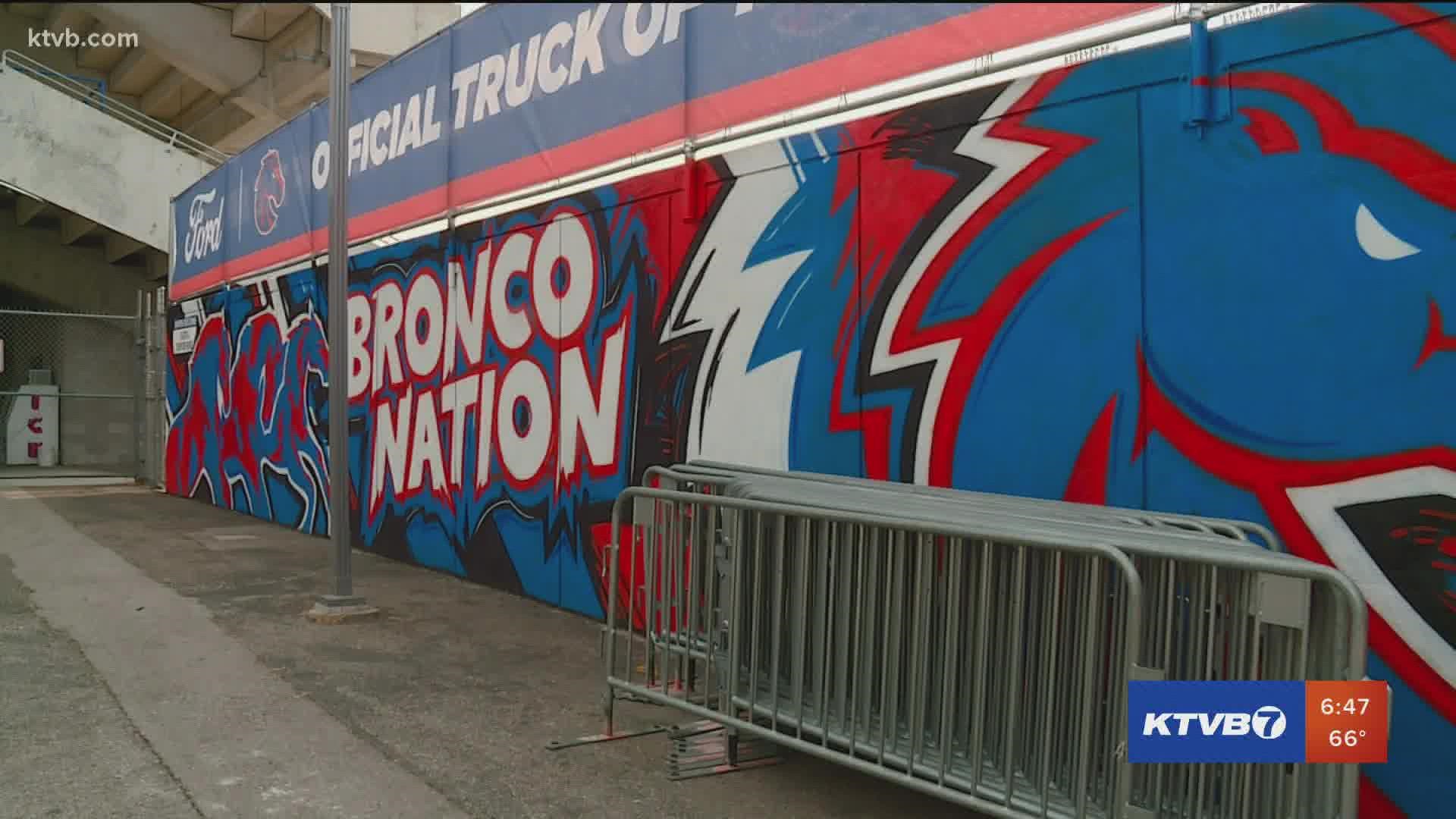 BOISE, Idaho — Editor's Note: The video above originally aired on Sept. 8 and focuses on Boise Police's reminders for the Broncos' home opener.

On Friday night, the Boise State Broncos will defend The Blue at Albertsons Stadium against the Miners of the University of Texas-El Paso.

The Broncos' home opener against UTEP is set to start at 7:30 p.m. MDT on Friday night, and will be televised on Fox Sports 1.

Click or tap here to find out more on how to watch the Broncos' home opener.

As the "Official Station for Bronco Nation," Boise State fans can keep up with all the scores, updates and highlights from Thursday's game with KTVB's Game Tracker and live blog.

Scroll down to find KTVB's Game Tracker, which will have the latest scores and a live blog with the latest tweets and updates from KTVB's Jay Tust and Will Hall.

The Broncos return to The Blue for the first home game of the 2021 season after the team traveled to Orlando and lost to the Knights of the University of Central Florida. Boise State lost 31-36 after the Broncos had a 21-0 lead in the first half.

Before kickoff, make sure to tune in to KTVB.COM and Idaho's NewsChannel 7 from 6:30 p.m. to 7:30 p.m. MDT to watch the Bronco Roundup Game Day show.

Following the end of the Broncos' home opener, check out KTVB.COM and the KTVB app for post-game interviews with Boise State head coach Andy Avalos and several Boise State players and/or coaches.

Editor's Note: To never miss a beat of Boise State football news this season, make sure to download the KTVB app for the latest updates, stories and scores.

See all of our Boise State football coverage in our YouTube playlist: