The last time University of Houston went to the Final Four was in 1984. The starters in that game share their experience and what the Coogs need to do to win it all. 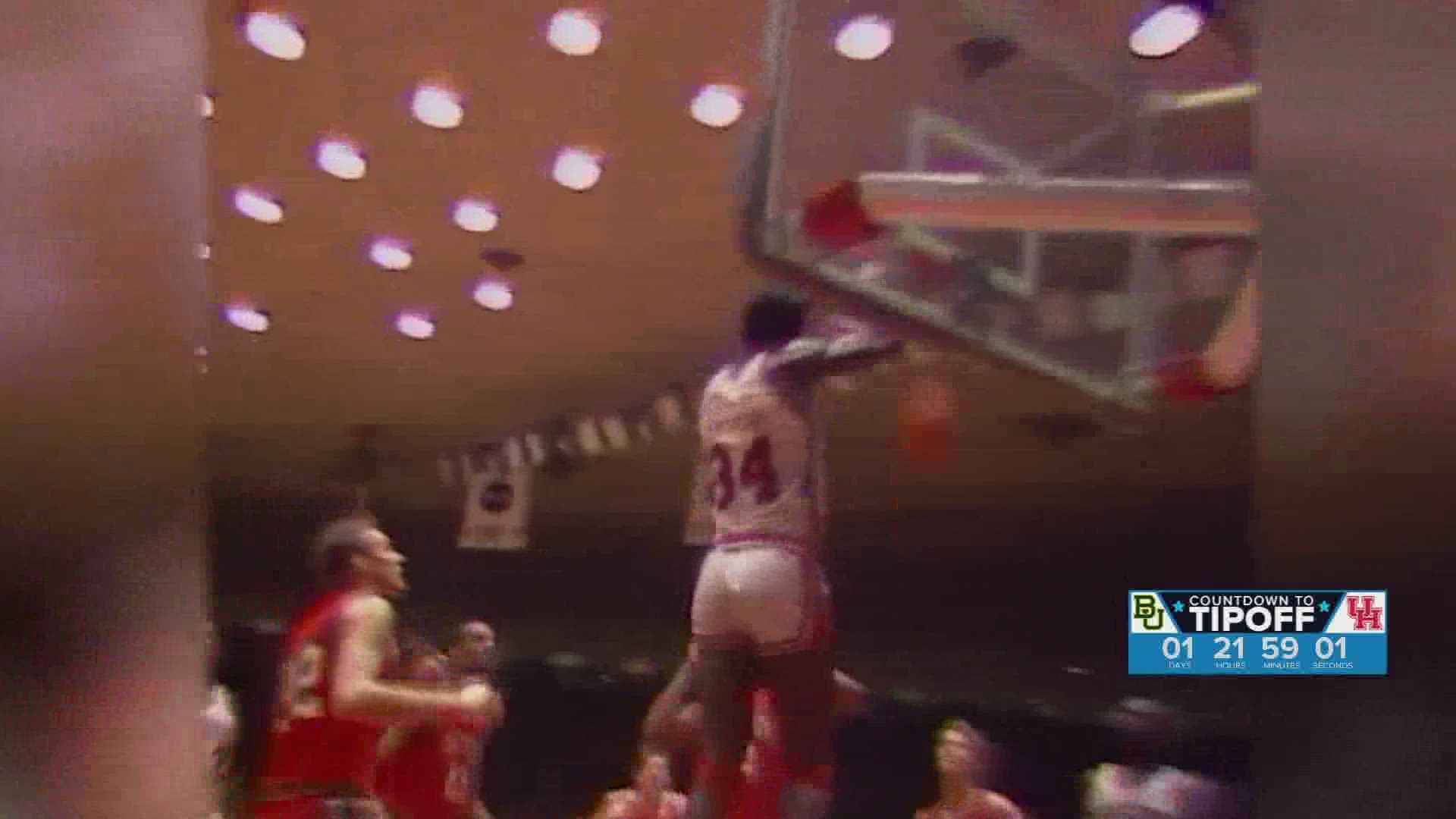 HOUSTON — Coog fans are all wired up to see the University of Houston Men's Basketball team take on the Baylor Bears Saturday in the Final Four!

That includes the Coogs legends who took UH to their last Final Four in 1984.

We're talking UH legends Hakeem Olajuwon, Michael Young, Reid Gettys and Rickie Winslow -- who were all a part of the Phi Slama Jama era and starters in the 1984 Final Four game. They played in the National Championship game that year but lost to the Georgetown Hoyas.

RELATED: Who was on the 1984 Houston Cougars men's basketball team?

KHOU 11 Sports Anchor Matt Musil recently chatted with all of these men about their reaction to UH making it to the Final Four this year and what they think the team needs to do to bring home the trophy.

All of them predict the Coogs can win it all because the guys are super talented, and they have the tenacity and grit to be champions.

Musil also caught up with UH alumni Jim Nantz who will be calling the Final Four games on Saturday.

Nantz, a former KHOU 11 sports anchor, was a student at UH when they went to the Final Four.

Nantz said he has a lot of friends over at Baylor and has a lot of love for their university so no one needs to worry about where he stands, but this is a tremendous time for the Cougar nation.

RELATED: For first time, 2 Texas teams are in the Final Four. It's Baylor's first visit since 1950, Houston's since 1984

When: Coogs and Bears tip-off Saturday at 4:14 p.m followed by the Gonzaga Bulldogs and UCLA Bruins; CBS Final Four coverage begins at 1 p.m.

Watch: You can see the game only on KHOU11

Where: They’re playing at Lucas Oil Stadium in Indianapolis

Championship: The winner faces either undefeated Gonzaga or UCLA in the championship game; tipoff at 8:20 p.m. on KHOU11/CBS Monday.

Coog connection: UH alum and former KHOU sportscaster Jim Nantz will call the games. Nantz was a student at UH during the Phi Slama Jama era.