Texas Longhorns head coach Tom Herman addressed the media ahead of the Valero Alamo Bowl as the team arrived to its hotel. 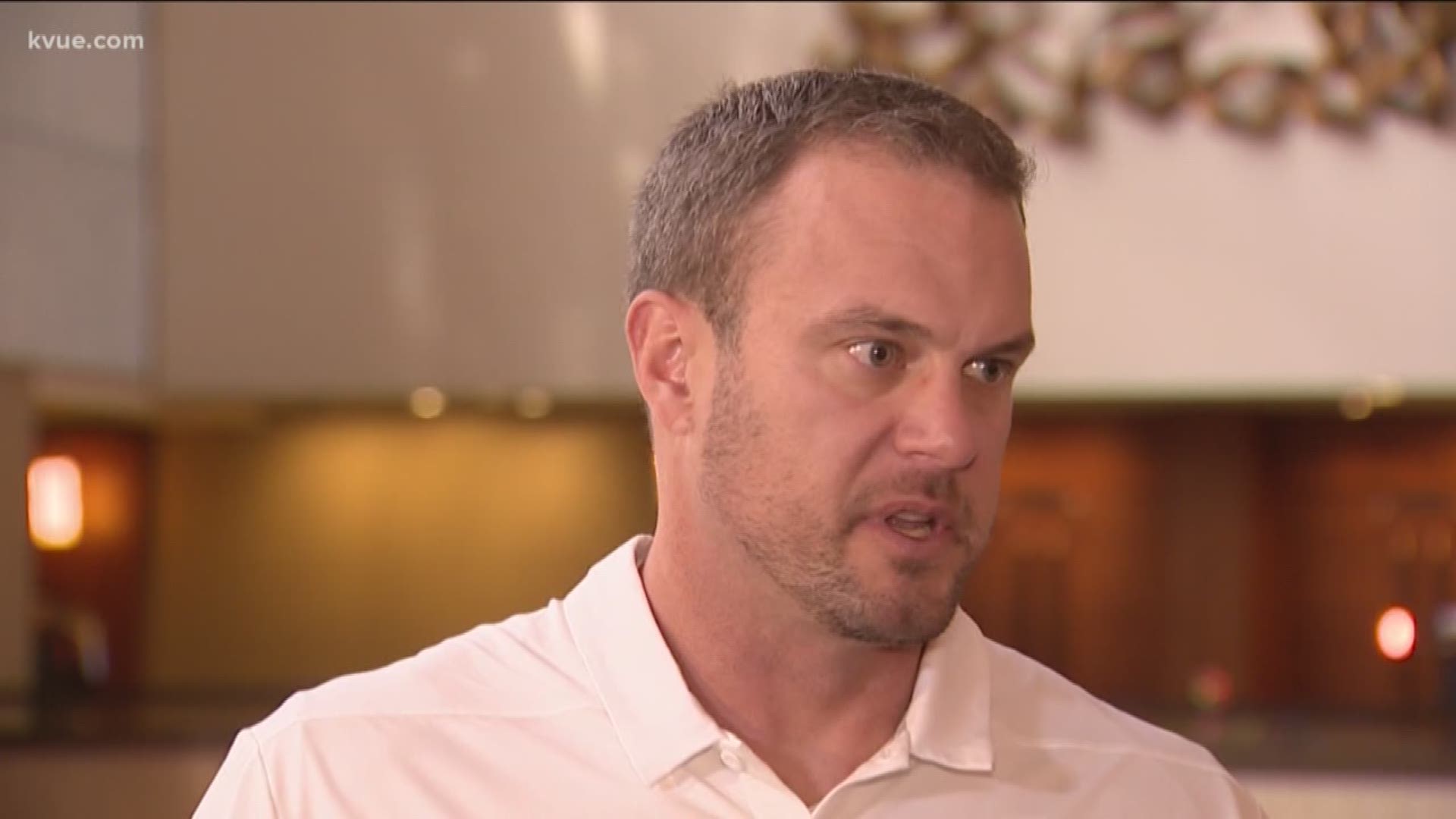 SAN ANTONIO, Texas — The Texas Longhorns and Utah Utes have both arrived in San Antonio to prepare for the 2019 Valero Alamo Bowl.

Utah arrived on Christmas Day and Texas made the short trek down Interstate 35 a few days later on Dec. 27. As the team arrived to the hotel and got situated in their rooms, Texas head coach Tom Herman addressed the media and talked about his appreciation of the UT senior class, the latest on the search for Texas' next offensive coordinator, his mentality for bowl games and more.

“Excited to be here in San Antonio at the Alamo Bowl. It will be a great experience for our players and I know … I’ve never coached in one of these, but I have heard that this is as good as it gets when it comes to bowl games.”

Tom Herman on how he expects team to close out 2019 season against Utah: “Our senior class has done something pretty special and these guys will have the opportunity to win a third straight bowl game for the first time in over 10 years. '06 through '08 was the last time Texas had won three straight bowl games. We really want to see them do that and to do it against an opponent like Utah that had an amazing season with 11 wins in front of hopefully what will be a heavily burnt orange clad crowd … that would be a really neat way to send our seniors out.”

RELATED: Can you beat the KVUE Sports team in a Texas Longhorns pick 'em? Submit your predictions here.

Tom Herman on senior class playing for him after a coaching regime change after their freshman season: “I can’t thank them enough. They all stuck around. They all probably knew how difficult it was going to be. Even as 18-year-old freshmen, they knew the challenges ahead for this program … to get us back to where we believe that we need to be. They very could have easily said I’m not up for that. They all stuck around. They all contributed quite a bit to our success and I can’t thank them enough.”

Tom Herman on latest on offensive coordinator search: “I can’t tell you much other than pleased with the way that it went. Pleased that I had the opportunity to talk with as many quality candidates as we did. We knew that we had to get this right, but it’s got to be not just right for the masses but right for Texas … and right for what we believe in and who we want to be on that side of the ball. I’m very pleased with where we’re at on that timetable.”

Tom Herman on if this the last time he'll have a play sheet and calling out plays: “You never want to say never, but I hope so. I know I was a better head coach when I didn’t have that responsibility and I owe it to this program to be the best version of me. I think just the way I’m wired it works … some it works well for and some it doesn’t. Some have tried it both ways and have fallen in love with one way and not so much the other way. I know for me again … you feel like you become a jack of all trades and a master of none. I never want to rob Peter to pay Paul and diminish my ability as a head coach to try and be the best offensive play caller that I can be. You never want to say never, but hopefully this will be the last time for a while, at least.”

Tom Herman on if there are any early enrollees practicing with team: "No, I think it makes sense if you’re playing in the playoffs especially if you make it to the second round because you can’t bring them to the bowl site … it can only be on campus. We’ll only have eight practices just because of the recruiting calendar and the shortage of coaches. It has to time up with their graduation and signing day … we’re talking one or two practices … it just didn’t make a lot of sense.”

Tom Herman on his mentality/approach toward bowl games: “Have fun. I think as an assistant having been at different ways of doing things. Some head coaches treat it like it’s training camp, we don’t…we want to have a lot of fun. We want to get our work, but especially when you get to the site…you’ve got one objective…win the game. We talked a lot about that yesterday as a team. Everything else becomes secondary…having fun, enjoying San Antonio, enjoying the camaraderie with your teammates…all of that. Once you hit the bowl site and you’re here for those four or five days…the biggest objective is to win the game.”