As news broke of the fair's cancellation due to COVID-19 concerns, questions have circulated about the effect it has on the Texas-OU game. 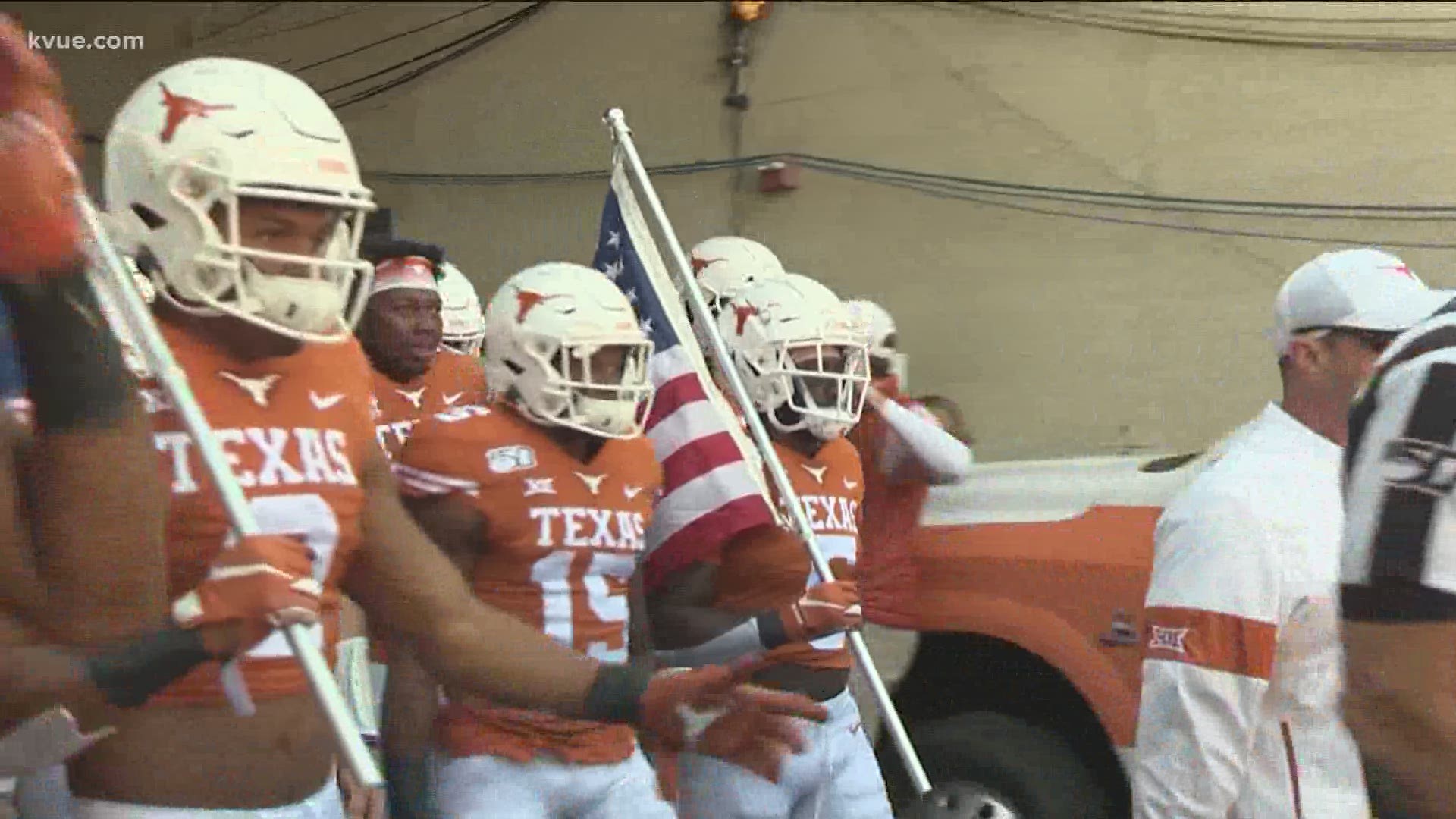 In a press release, fair officials said it was the first time the fair has been canceled since World War II.  Naturally, the first slew of circulating questions online surround the idea of what the cancellation means regarding its associated event: the Red River Showdown.

Red River Showdown: The history behind the Texas-Oklahoma rivalry

In the State Fair's press release, it read:

"While the State Fair of Texas is canceled for 2020, the NCAA, respective conferences, and participating universities – the University of Texas & University of Oklahoma and Prairie View A&M University & Grambling State University – will be in charge of making decisions regarding the football games that occur at Cotton Bowl Stadium during this unprecedented time of COVID-19. Should football be played this fall, the schools will be playing in the Cotton Bowl as scheduled, despite the cancellation of the 2020 State Fair. We will share those details as soon as we know more."

"Though we certainly respect and understand the decision of the folks in Dallas on their cancellation of this year’s State Fair of Texas, we fully anticipate that our annual Red River Showdown with Oklahoma will be played in the Cotton Bowl and are continuing to prepare for that. We know the decision to cancel the fair was an extremely difficult one for everyone involved and that we all are dealing with a very fluid situation during these unprecedented times. But, as we’re doing with all of our fall season planning, we will continue to monitor the situation closely, work through contingencies and make the best possible decisions we can with the health, safety and well-being of everyone involved as our number one priority.”

"We understand and respect the decision made by the State Fair of Texas and acknowledge that it was an extremely difficult one. Our hope remains that we can play the OU-Texas game at the Cotton Bowl, but obviously every aspect of our season requires constant monitoring and planning. The best thing all of us can do at this time is closely follow CDC guidelines to reduce the spread of the virus."

Texas leads Oklahoma in the series 62-48-5, but Oklahoma has won four of the last five meetings, including 2019's 34-27 win over the Longhorns. For a more in-depth look at the historic Red River Showdown rivalry between Texas and Oklahoma, click here.

WATCH: The history of the Red River Showdown