Here is a list of the events and bowl festivities for the Texas and Utah players before the Alamo Bowl. 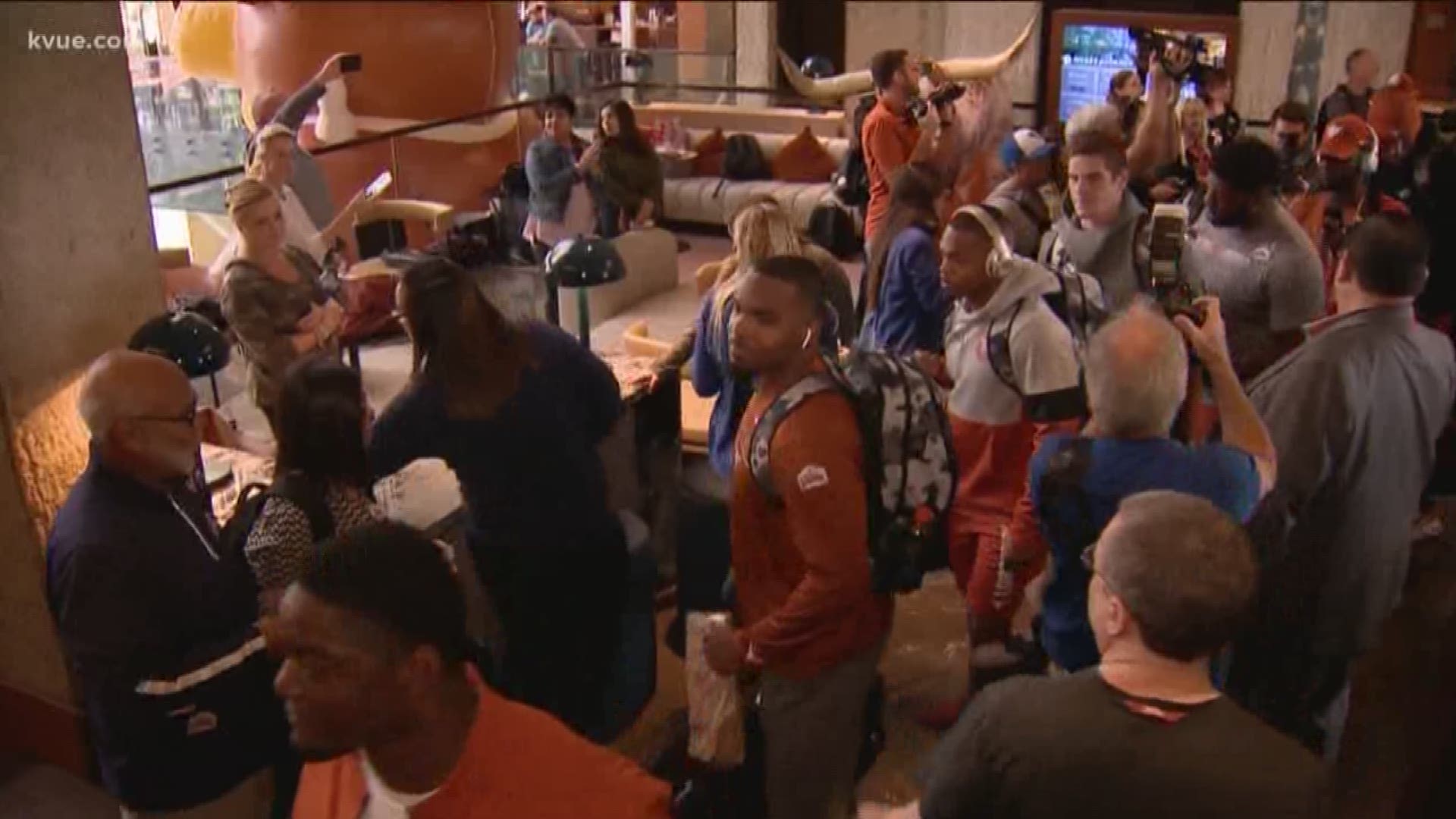 SAN ANTONIO, Texas — It's bowl season and the Texas Longhorns made the short trek down Interstate 35 to San Antonio for their 2019 bowl game: the Valero Alamo Bowl.

"Bowl week" leading up to the game is filled with numerous media press conferences and other bowl game festivities. For the Alamo Bowl, players for each team get to enjoy a trip to Sea World, for example.

With that being said, here is a breakdown of the Valero Alamo Bowl schedule:

The Utah Utes arrived in San Antonio on Christmas day. Head coach Kyle Whittingham and select Utah players were made available to the media for interviews.

The Utah Utes held its first practice at Trinity University. Head coach Kyle Whittingham and select players were made available for post-practice interviews.

The Utah Utes also attended their Sea World visit on Dec. 26. Players were able to interact with dolphins and were fitted with GoPro cameras as they rode the Steel Eel ride.

The Texas Longhorns arrive in San Antonio. Tom Herman and a few select players were made available for interviews as the team entered the hotel.

At 2 p.m., Texas' interim defensive coordinator Craig Naivar and select Longhorns defensive players will be made available in a press conference.

At 3 p.m., Utah defensive coordinator Morgan Scalley and select Utes defensive players will be made available in a press conference.

Later that evening, Texas will make its Sea World visit to interact with dolphins and wear GoPro's while riding the Steel Eel ride.

To round out the night, the teams will participate in the Valero Alamo Bowl Team Night at the San Antonio Spurs versus Detroit Pistons game.

Utah does not have any practice. Texas will have its second practice of the bowl week preparation and host children from Boysville, a San Antonio youth shelter, after practice. Players will eat lunch and interact with the kids.

Later in the evening, teams will take part in the Rudy's Bar-B-Q pep rally. From 4 p.m. to 5 p.m., high school bands will perform, followed by the teams' cheerleaders. After the bands perform, the head coaches and select players will be on stage to interact with fans.

The Valero Alamo Bowl will team up with the San Antonio Food Bank for the Fill The Bowl fundraiser to help provide meals for local families.

The Texas Longhorns and Utah Utes kickoff at 6:30 p.m.