Texas lost to Oregon in Mack Brown's final game as UT head coach, 30-7. The loss dropped the Longhorns to 8-5 for the 2013 season. 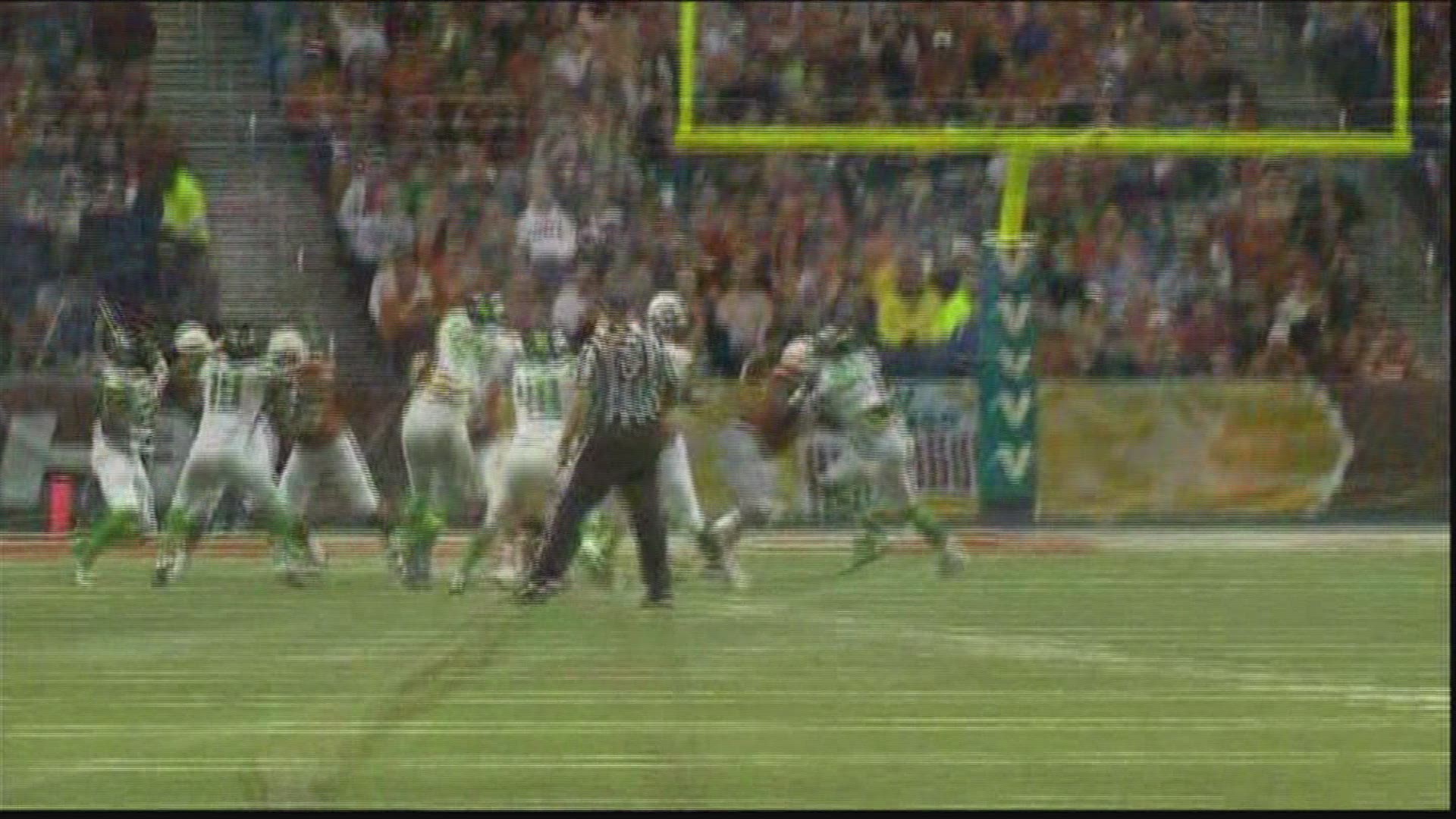 SAN ANTONIO, Texas — It was Mack Brown's final game as UT's head coach and the Longhorns were unable to send him out with a win.

Texas started with a crucial error on its third play of the game when Case McCoy was intercepted by the Ducks defense and it was returned for a touchdown. The Ducks added a field goal before the Longhorns scored their only points of the game: a one-yard McCoy touchdown run that capped off a 16-play, 79-yard drive.

Outside of that first quarter touchdown, the Longhorns were forced into seven three-and-outs, while Marcus Mariota continued to lay on the pressure and extend the Ducks' lead. Mariota finished the game with 253 yards passing and a passing touchdown, and added 133 yards rushing.

Mariota's sole passing touchdown was completed on a shuffle pass to Houston native Josh Huff, who scampered 16 yards into the end zone.

The only bright spot for the Longhorns in this game seemed to be the production from running back Malcolm Brown, who racked up 130 yards on 26 carries.

After the game, Mack Brown was welcomed with warm goodbyes from a sellout crowd as the legendary UT coach flashed a "hook 'em" sign one last time to the tune of "The Eyes of Texas."

Coach Brown said to the media after the game that the decision to move on from the program was the right one.

"I think it's best for Texas. It's best for me, it's best for the players," he said. "We need to win more than eight games. Last year was nine. I really thought we had a chance to win all the games this year. It didn't work. It's my job to make that work. I told them tonight, the only regret I had is we didn't win enough games this year."

This was the third and most recent time Texas has played in the Alamo Bowl.

In 2006, Texas won its inaugural Alamo Bowl appearance against the Iowa Hawkeyes, 26-24. For a throwback look into this game, click here.