Texas linebacker DeMarvion Overshown announced Thursday he'll be sitting out team activities until the UT administration acts on demands made by student-athletes. 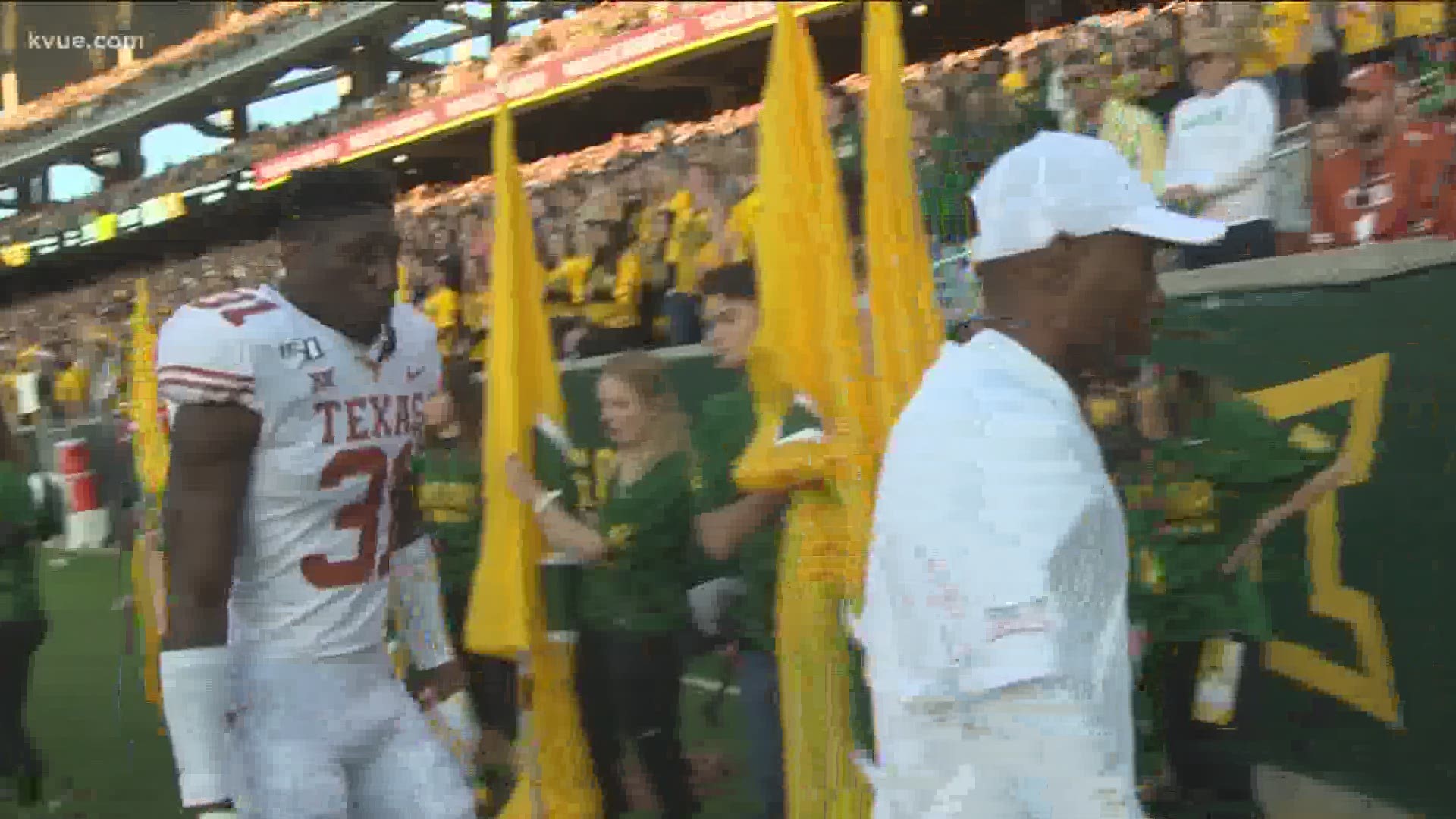 AUSTIN, Texas — With three weeks having transpired since student-athletes at the University of Texas compiled a list of demands to address racial insensitivity on campus and the administration yet to take any concrete action, Longhorns linebacker DeMarvion Overshown has decided to dial up the pressure.

On Thursday, Overshown tweeted he will not be participating in any team activities until "real action is taken and changes are made."

"We have been told that things are being done behind closed doors but have yet to see any changes," Overshown said in the statement. "We are constantly preached urgency throughout the program, and I feel that the university should be held to the same standard. I will support my team in whatever they do but this is something I'm very passionate about and I can not continue to perform for a program that doesn't show me the same love and support I do for them."

Overshown becomes the first Texas player to take a stance of this magnitude, but follows a trend of others who have expressed similar thoughts.

Wide receiver Brennan Eagles said on June 3 he would not "play another snap knowing what’s going on in our society due to color and the system being broken."

Linebacker Juwan Mitchell tweeted weeks ago he does not "feel comfortable representing the school," but has since taken the post down, and school officials indicated to KVUE he's still with the team.

Defensive back Anthony Cook entered the transfer portal in late June after tweeting he will "not be playing another snap for the University of Texas."

Overshown was pegged as a potential breakout candidate for the Texas defense this season, as he was making the move from defensive back to linebacker.

He cited the decision from WNBA star Maya Moore to sit out an entire season as a source of inspiration.

Del Conte called it a "great start," but no changes have been implemented at this point.