A Gift from Gunderson: Moved by the generosity of Longhorns fan Wes Laurel, Nate Gunderson gifts him a replacement helmet 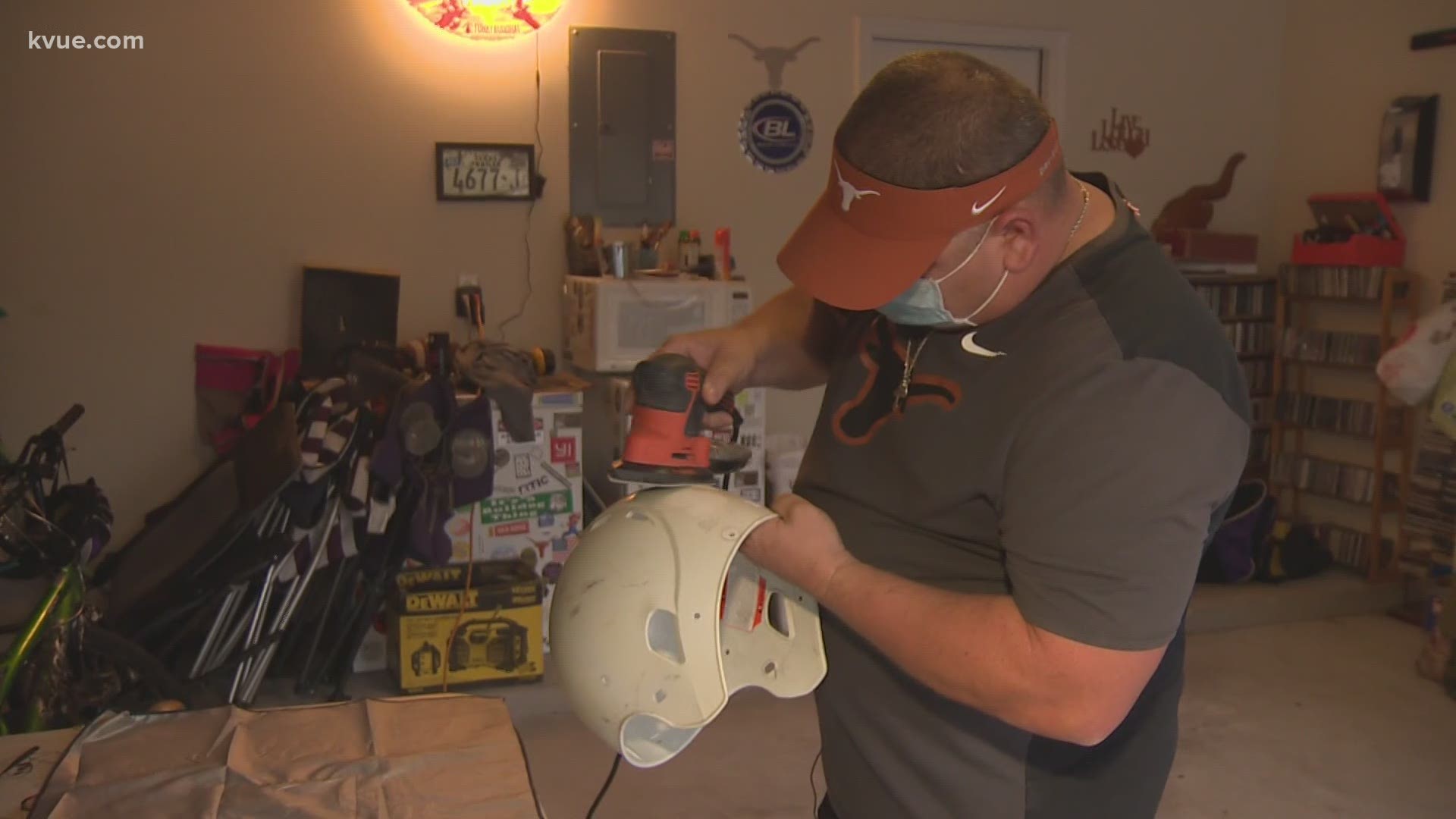 AUSTIN, Texas — It's the season of giving inside the workshop of Austin resident Nate Gunderson.

His sleigh bell ring is a sander that sings, and he spreads holiday cheer by cheering for the Texas Longhorns.

Gunderson is a University of Texas memorabilia collector and a custom helmet creator. He's in the process of working on a piece that comes from the heart.

"I can only have so many Longhorns helmets sitting in my room before the wife starts getting mad at me, so why not make one for someone else?" he said.

Gunderson took KVUE through his process of creating these custom helmets.

"I take all the hardware off, straps, buckles, screws,” he said. "[Then] try to get them as smooth as I can ... I'm kind of a perfectionist, so every time I see one that I've missed, even if I've started painting it, I'll stop and go back and sand it with a real fine sandpaper and repaint that area.”

He estimates he's made between 20 and 30 of these helmets throughout the years.

"Besides my time and labor in these things, they don't cost me a whole lot," he said.

In November, Gunderson saw KVUE's story about another helmet – one that belonged to Paden Kelley, a Longhorn offensive lineman who died at age 28 in 2018. Kelley's helmet was returned to his family by longtime Longhorns supporter Wes Laurel.

Little did he know, he was also bringing home a piece of a family.

"Being a memorabilia guy, I know what that particular helmet, what it cost him, what it meant to him," he said. "To watch him turn it over to her, I know for them, and your story of them being such a big Longhorn family, it means the world for them to have that piece.”

Gunderson was so moved by Laurel's generosity that he decided to return the favor.

"I’ve sent him pictures of a lot of the ones I’ve made," Gunderson said.

"He's a real humble guy and said, 'You don't need to do this.' I'm not needing to do anything. I'm going to make them anyways," Gunderson said.

Adios after Alamo? Will Sam Ehlinger leave for NFL or return for unprecedented 5th UT season?

Texas to play Colorado in Valero Alamo Bowl on Dec. 29