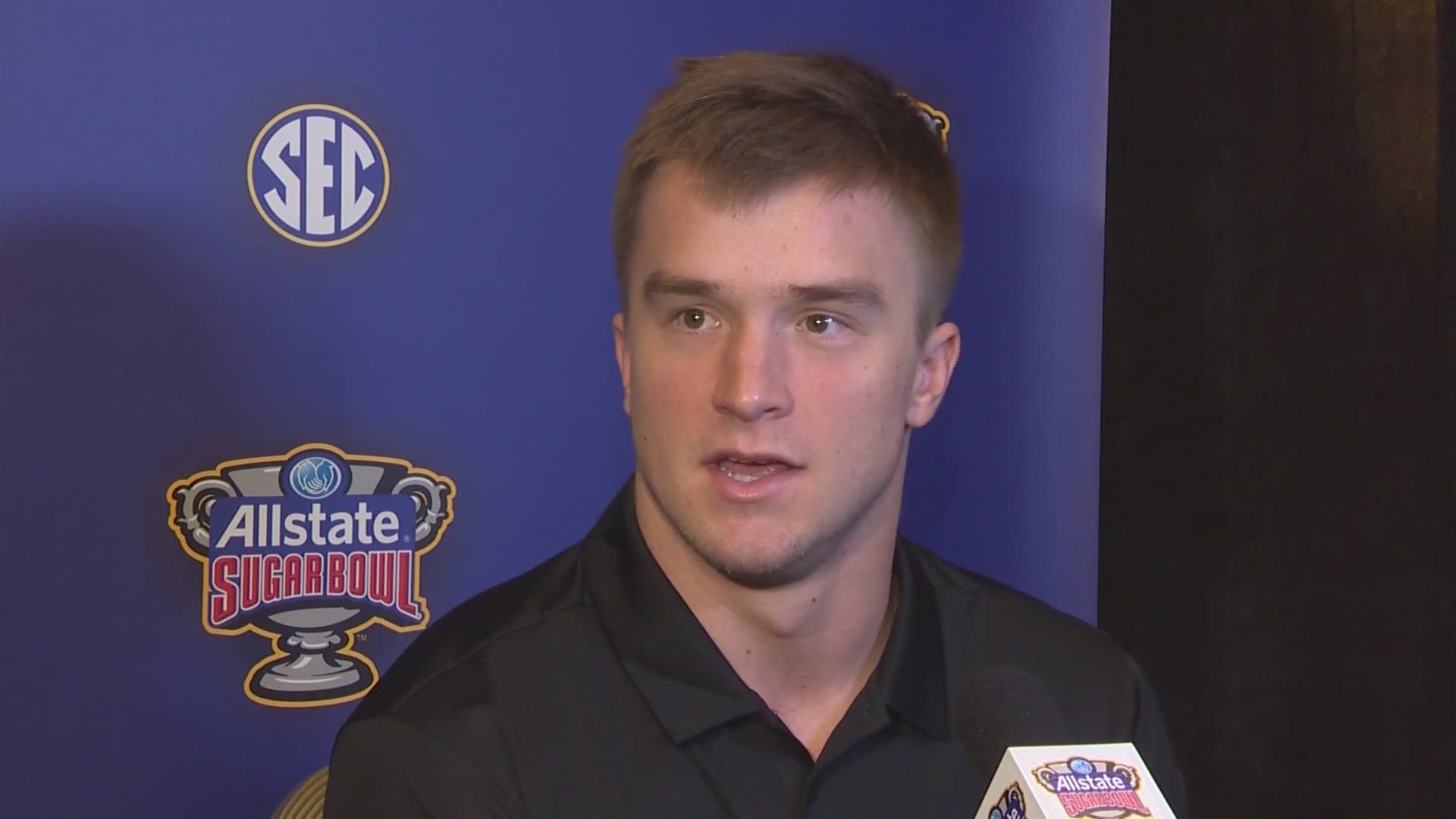 NEW ORLEANS, Louisiana. — Prior to the Sugar Bowl, Texas sophomore quarterback Sam Ehlinger was sporting a Drew Brees jersey as a salute to his fellow Westlake alum.

Both are former quarterbacks for the Westlake Chaparrals. Brees won the State Championship at Westlake In 1996 wearing #15. Ehlinger followed him 20 years later.

Brees helped lead the New Orleans Saints to the No. 1 seed in the NFL playoffs.

Back to the Sugar Bowl: The Texas Longhorns' history in New Orleans

Ehlinger said he and Brees had communicated in the days leading up to the bowl game.

The Saints tweeted a video with Ehlinger explaining his connection to Brees:

.@TexasFootball QB and Westlake High School alum, Sam Ehlinger, wore a custom Drew Brees Westlake football jersey upon his arrival to the @MBSuperdome for the @SugarBowlNola

Watch as Sam explains his connection to No. 9 beyond sharing an Alma Mater pic.twitter.com/28pykKZcHb