Robinson's legs got taken out from under him mid-air and he went face-first into the turf, landing in an awkward, scary, scorpion-style motion. 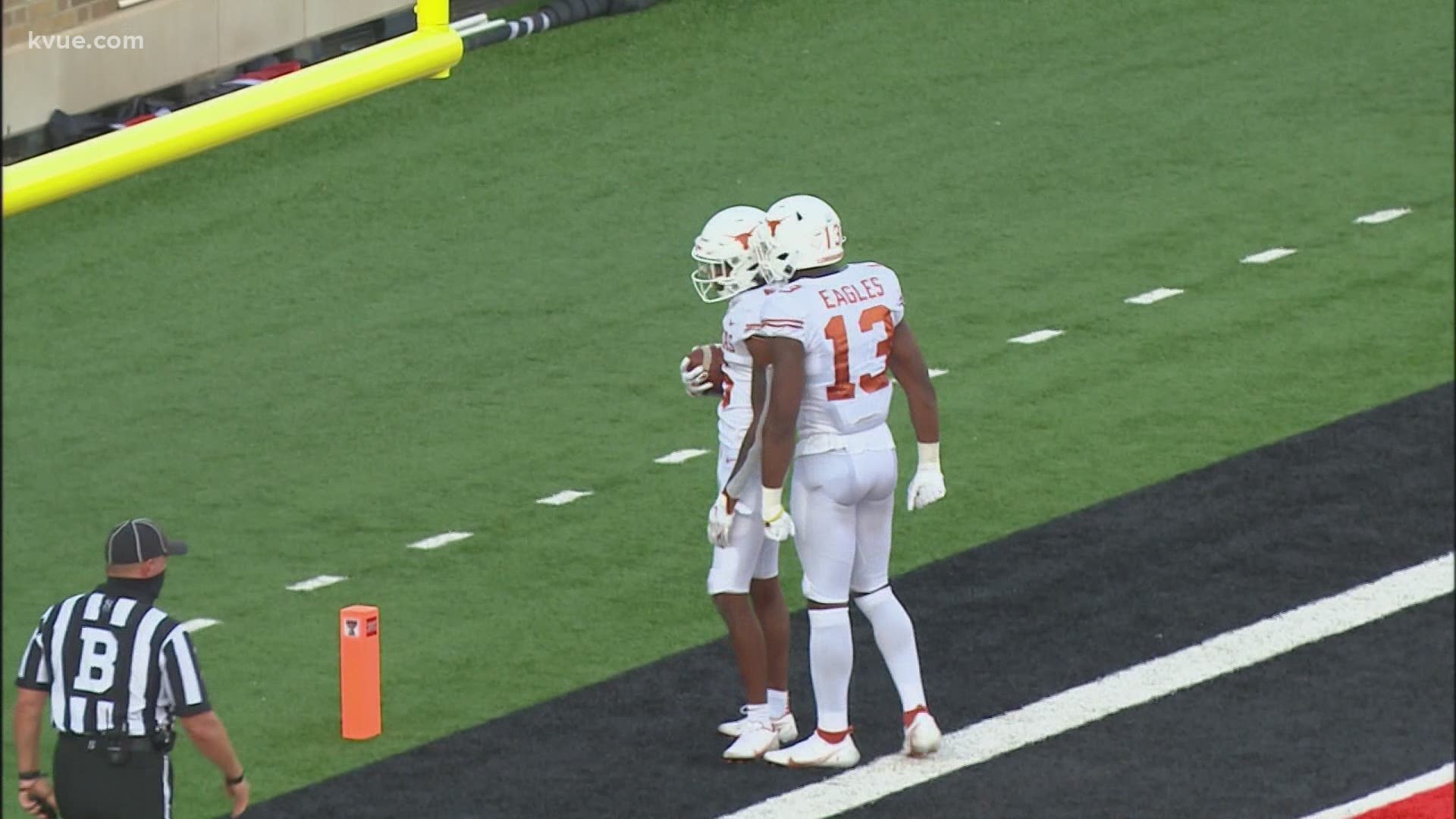 AUSTIN, Texas — Editor's note: The video published above is a KVUE report about Joshua Moore's performance against Texas Tech.

It was a moment that made Longhorns fans – or anyone watching, for that matter – cringe when they saw it happen: Texas Longhorns freshman running back Bijan Robinson hurdled a Texas Tech University defender and came down quite awkwardly.

Robinson's legs got taken out from under him mid-air and he went face-first into the turf, landing full-on scorpion-style.

Robinson was also hit in the back by another Texas Tech defender on this way down. Robinson was pulled from the game after that hit and never returned to the field.

HIGHLIGHTS: Texas Longhorns come back to win 63-56 in OT

"Bijan Robinson is the only injury news of known," Herman said in his opening statement after the game. "A strain in his back that we will evaluate tomorrow."

Herman told the media on Monday that he hopes Robinson will return to practice on Tuesday or Wednesday. He did not practice on Monday.

Sophomore WR Jake Smith did practice fully and should play against TCU. pic.twitter.com/twA7z1q7Fq

Texas is scheduled to take on Texas Christian University next on Oct. 3.

Astros headed to playoffs with losing record, will begin 3-game series with Twins on Tuesday