The Bears and Cougars go head-to-head today for the right to play in the national title game. 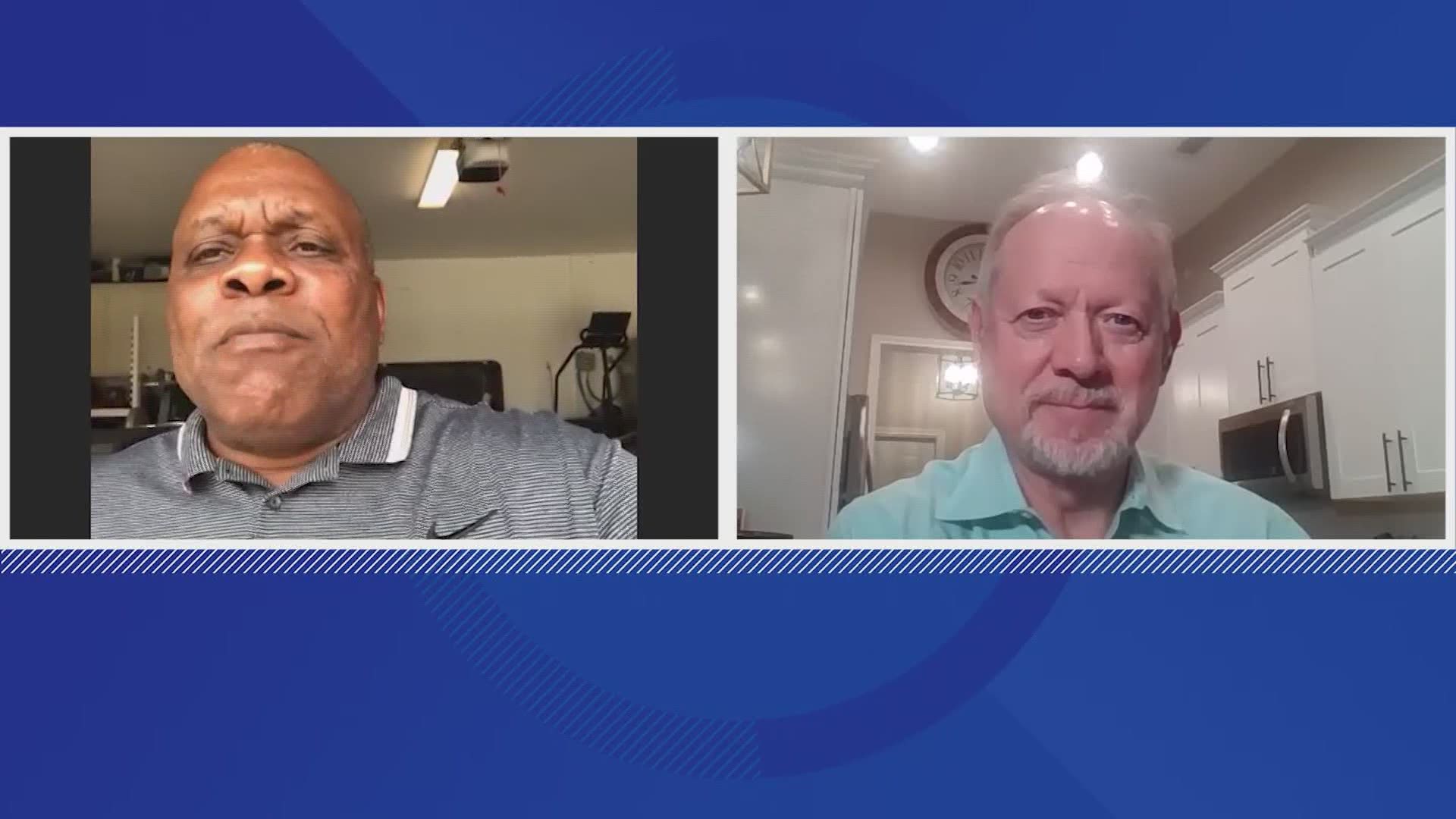 INDIANAPOLIS — Somebody will be doing a joyful Texas two-step after Baylor and Houston meet today in the Final Four.

It could be Bears coach Scott Drew, who built his now-mighty program from the ashes of one of the worst scandals in sports history. Led by guards Jared Butler, Davion Mitchell and MaCio Teague, they've have rolled to their first semifinal since 1950 with the kind of joie de vivre nobody thought possible two decades ago.

Or it could be Cougars counterpart Kelvin Sampson, who has spent more than a decade trying to outrun the “cheater” label hung from his neck during his days at Oklahoma and Indiana. He might finally have done it with this bunch, a mish-mash of overlooked prospects and transfers that have fans fondly recalling the halcyon days of Phi Slama Jama.

Either way, the first Final Four game involving two programs from the football-mad Lone Star State will produce a hoops finalist that stands on the verge of a its first national championship.

RELATED: What you need to know before today's Houston-Baylor Final Four showdown.

“I don't feel like there's a lot of pressure, just knowing all the work we put in,” said Houston guard Quentin Grimes. “I feel like every round we get more confident, the pressure becomes less, because we're supposed to be here.”

That may be true these days. But it certainly wasn't true when Grimes and every other player stepping on the floor inside Lucas Oil Stadium on Saturday night were beginning their basketball journeys.

#ICYMI Even though Quentin Grimes @qdotgrimes hasn't been able to be close physically to his dad, mom and his stepdad while in the NCAA Bubble, he says he feels their love for him every day as they support him and cheer him on while social distancing:@UHCougarMBK pic.twitter.com/5CgLSdRqkn

It's been 71 years since the Bears reached this point. Seven coaches tried and failed to replicate the success. The last of those, Dave Bliss, brought the program to its nadir: the 2003 shooting death of player Patrick Denney, his teammate Carlos Dotson pleading guilty to the murder, an NCAA investigation and attempts by Bliss to cover it up.

RELATED: The 1984 UH Coogs share their excitement about Houston making it to the Final Four | Full interviews

Into that cesspool came Drew, the squeaky clean son of Valparaiso coach Homer Drew, who set about rebuilding a program hit hard by NCAA sanctions. In five years, he had the program back in the NCAA Tournament, and trips to the Sweet 16 and Elite Eight became commonplace until finally breaking through this season.

“You have to go through bad times, good times, tough times,” Drew said, “to get where you want to go.”

It helps that in a season challenged every turn by COVID-19, Drew has had a team full of veterans to help stay the course. Butler, Mitchell and Teague earned All-America votes, Mark Vital will go down as one of the winningest players in school history and many of the backups would be starters on other NCAA Tournament teams.

“We had goals," Butler said, “to leave a legacy at Baylor and be the best team Baylor's ever had.”

Meanwhile, the Cougars are conjuring up images of “the Glide,” “the Dream” and “the Silent Assassin” in their first Final Four since Clyde Drexler, Hakeem Olajuwan and the rest of Phi Slama Jama led Houston to back-to-back title games.

Much like Baylor, they rely on their steely backcourt: sweet-shooting Grimes, defensive whiz DeJon Jarreau and all-energy guard Marcus Sasser. They also rely one of the nation's best defenses, brutally efficient offensive rebounding and the kind of grim determination borne of a coach whose father once went toe-to-toe with the Ku Klux Klan.

Sampson, who grew up among the Lumbee Tribe of North Carolina, is returning to the Final Four after leading Oklahoma there in 2002. The intervening years brought so much scandal — impermissible text messages and phone calls, a messy split with Indiana, a five-year “show cause” penalty from the NCAA — that it nearly torpedoed his career.

Much like he rebuilt Houston, though, Sampson painstakingly rebuilt his reputation.

Now, both are back on the national stage.

“We didn't try to cut any corners," Sampson said. “We did it brick by brick.”

Drew's father, Homer Drew, was the longtime coach at Valpo — about 2 hours north of Indianapolis — where younger brother Bryce was a star. Both kids began their coaching careers there, with Scott going to Baylor and Bryce detouring to Vanderbilt before leading Grand Canyon to the NCAA Tournament this season.

On the other sideline, Kellen Sampson is one of three assistants on his dad's staff. Another one is Alvin Brooks, whose son Alvin Brooks III happens to have a similar job on Drew's staff at Baylor.

"I’ve received a lot of texts, a lot of calls, and I’m sure you have, too,” Alvin Brooks III told his father Tuesday during a joint Zoom session with reporters. “We’re going to have to figure out how we’re going to make it work.”

Baylor has the fourth-best shooting team in school history, and the best from beyond the arc, where the Bears make more than four out of every 10 shots. They've scored at least 75 points in three of their four NCAA Tournament wins.

Houston counters with the nation's best 3-point field-goal defense and second-best scoring defense. The Cougars have yet to allow an opponent to score more than 61 points in their first four tourney games.

“They have really good guards. Each one of them can create their own shot, make plays for each other,” Jarreau said. “They have bigs that can catch lobs, catch passes. All of them can finish in the paint. It's going to be a great matchup.”

The No. 1 overall seed, Gonzaga, plays UCLA in the second semifinal Saturday night, and many already are looking forward to a Bulldogs-Bears showdown. Gonzaga and Baylor were ranked 1-2 in the Top 25 most of the season, and were supposed to play in December before a COVID-19 outbreak forced the game to be called off.

“It's inevitable to hear the hype and stuff like that,” Butler said, “but it’ll never happen if we don't win this next game, so I'm just focusing on this game. It would be like, four months to the day that we were supposed to play. I think it would be, like, a Batman vs. Superman thing. But it won't happen unless we win this next one.”