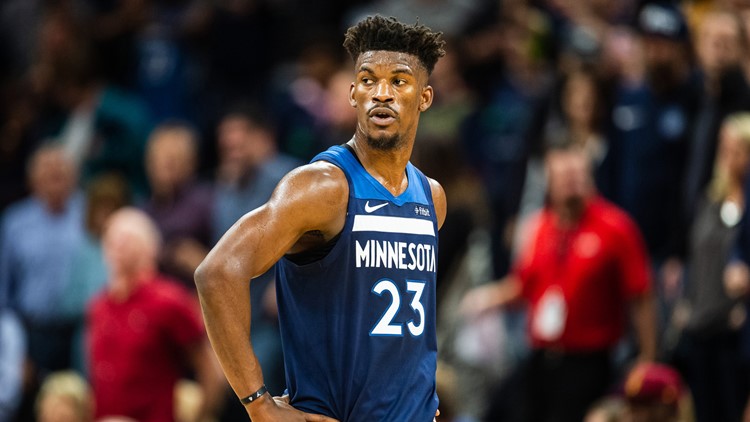 After posting a franchise-record 65 wins and coming within one victory of making the NBA Finals last season, the Houston Rockets are off to an inauspicious start to the 2018-19 campaign. The departure of Trevor Ariza and Luc Mbah a Moute have left gaping holes in the Rockets' wing depth, and so far Carmelo Anthony hasn't been the answer.

Houston has struggled its way to a 1-3 start, with the 21st-ranked offense, 20th-ranked defense and 23rd-ranked net rating in the league. Things aren't likely to get better any time soon, as reigning MVP James Harden is expected to miss at least a week with a hamstring injury, while James Ennis and Nene will also miss time.

Given their early-season issues, it's not surprising that Rockets general manager Daryl Morey has reportedly renewed discussions on a possible trade for disgruntled Minnesota Timberwolves wing Jimmy Butler. According to ESPN's Adrian Wojnarowski, Houston has re-engaged Minnesota with an offer of four -- yes, four -- future first-round draft picks.