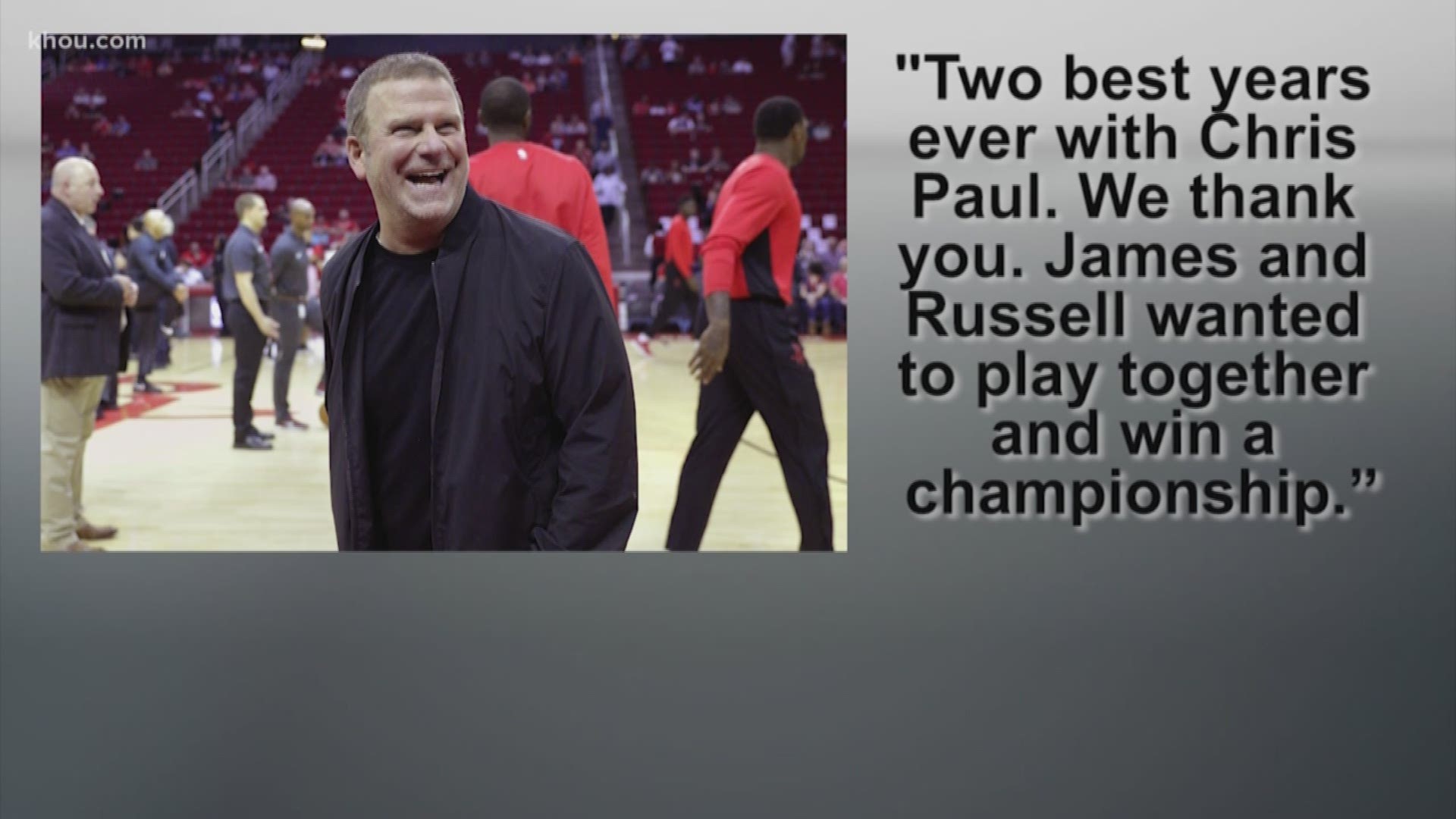 HOUSTON — James Harden and Russell Westbrook are reuniting in Houston.

Westbrook is being traded to the Rockets from the Oklahoma City Thunder in a blockbuster deal, KHOU 11 News confirms.

The trade comes on the heels of the Thunder trading away Paul George to the Los Angeles Clippers so he can team up with free agent Kawhi Leonard, who just recently won an NBA title with the Toronto Raptors.

Harden and Westbrook are familiar with each other. They played together in Oklahoma City from 2009 to 2012, when Harden was traded to Houston.

Since then, both players have won Most Valuable Player awards (Harden in 2018; Westbrook in 2017). They also knew each other growing up in southern California.

Westbrook averaged 22.9 points, 11.1 rebounds and 10.7 assists in 73 games for the Thunder last season. He is slated to make $38.5 million next season and $171 million over the next four seasons (the last year being a player option).

Paul spent two seasons with the Rockets and signed a four-year, $160 million deal with the team last year.