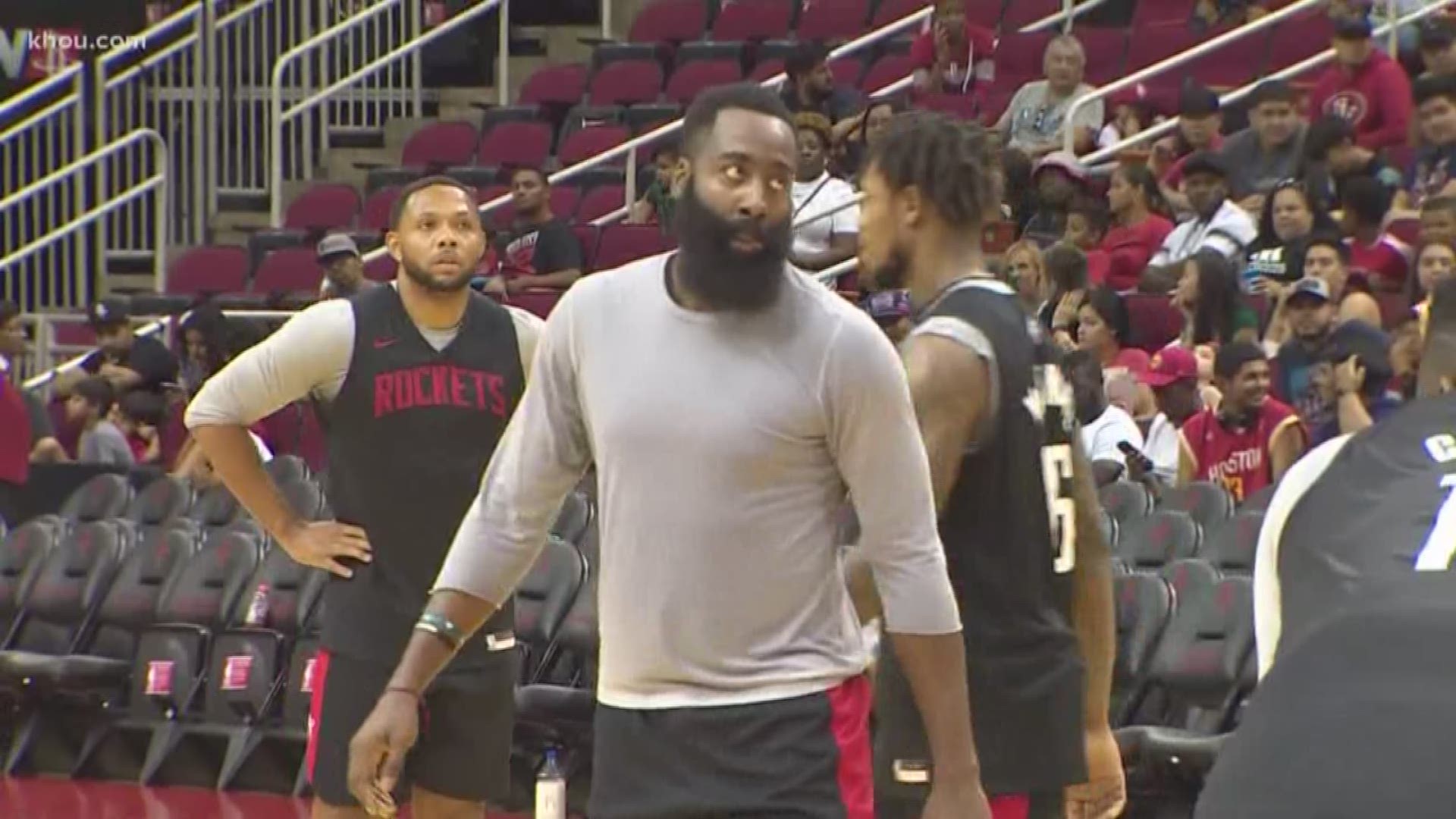 HOUSTON — The Rockets are back in Houston after their preseason trip to Japan.

The Rockets and the NBA were at the center of an international controversy after the team's general manager tweeted support for pro-democracy protesters in Hong Kong. The now-deleted tweet could cost the Rockets $25 million in sponsorship boycotts.

On Monday, the Rockets welcomed fans to an open practice. More than a thousand people turned out.

Fans, players and coaches are all ready to move forward.

Coach Mike D'Antoni made two things clear during practice. The team is happy to be back home in Houston, and the team doesn't plan on talking much more about the controversy in China.

They want the focus back on basketball.

"It's good to be back," said D'Antoni. "It's not a distraction. It's an unfortunate situation that the NBA and the Rockets have to deal with. But we have to take care of our business and get ready for the season."

Fans waited for hours for a chance to take part in the Rocket's open practice. They got to see the team up close as they played each other and ran a few drills.

The Rockets players and coaches look ready to turn the page and move past the China controversy.

However China remains at odds with the NBA after Daryl Morey's tweet. It comes at a huge business cost for the Rockets. Chinese sponsors are bailing on the team. And the Chinese government going as far as refusing to air Rockets preseason games.

Fans say Morey had a right to his free speech.

"You have a right to speak your own mind," said one fan. "You shouldn't be afraid of nobody. China can say whatever they want to say, but I agree with our general manager. You have a right to say what you want to say. It's called freedom of speech. They probably don't have it over there, but we do over here."

The Rockets have two more preseason games before their regular season home opener on Oct. 24 against the Milwaukee Bucks.