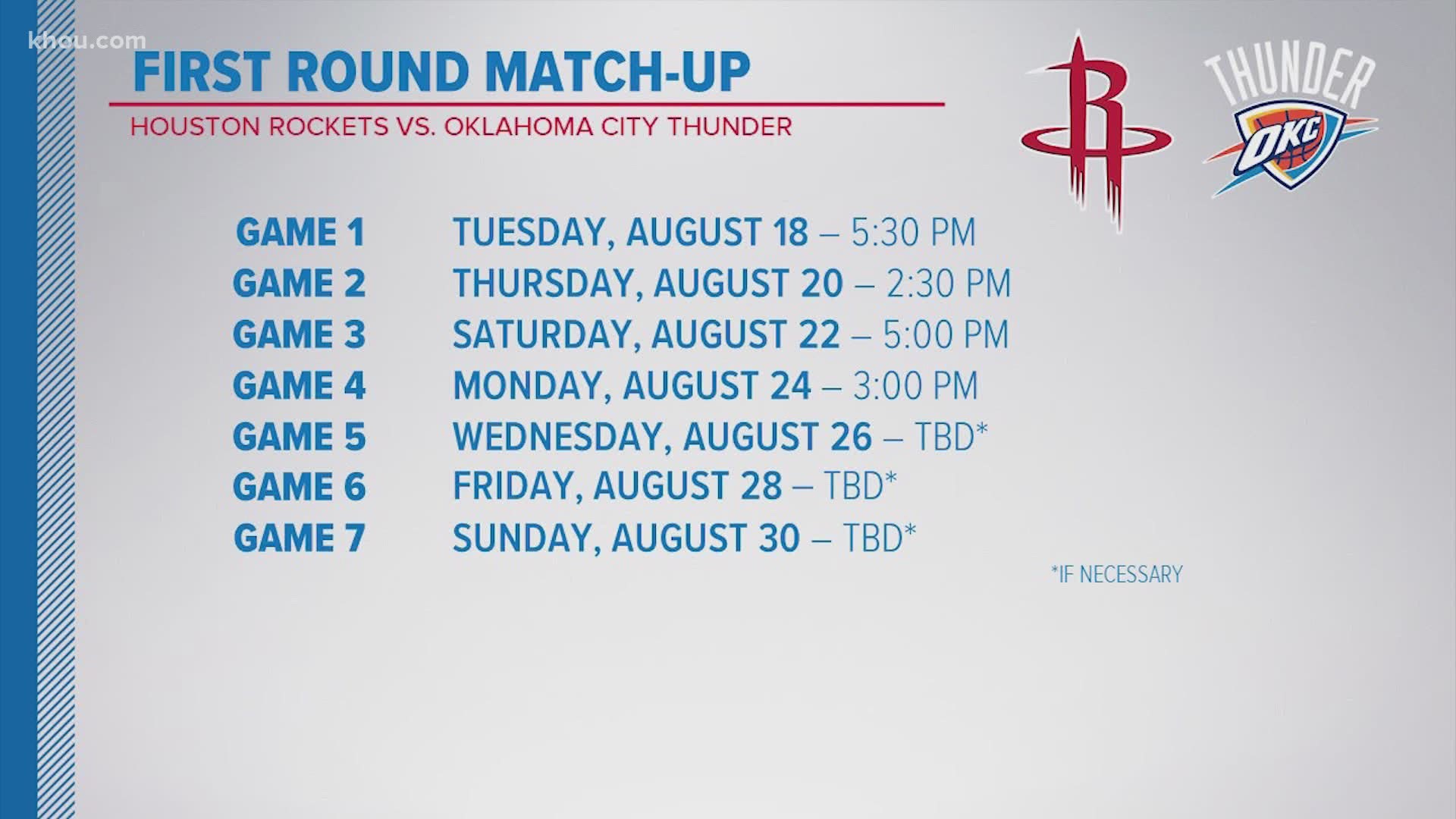 HOUSTON — The NBA has released schedules for the first round of the playoffs, and the Houston Rockets are set to face the Oklahoma City Thunder starting next week.

All games will be played at Walt Disney World Resort in Florida, dubbed the “NBA Bubble.”

Russell Westbrook's status for the series in uncertain, as he has a strained muscle in his right quadriceps. If healthy, he'll face Chris Paul whom he was traded for last year in a blockbuster deal that reunited Westbrook with James Harden, his former Thunder teammate.