It will be Houston's second trip to the conference finals in four years and the first ever for Paul. 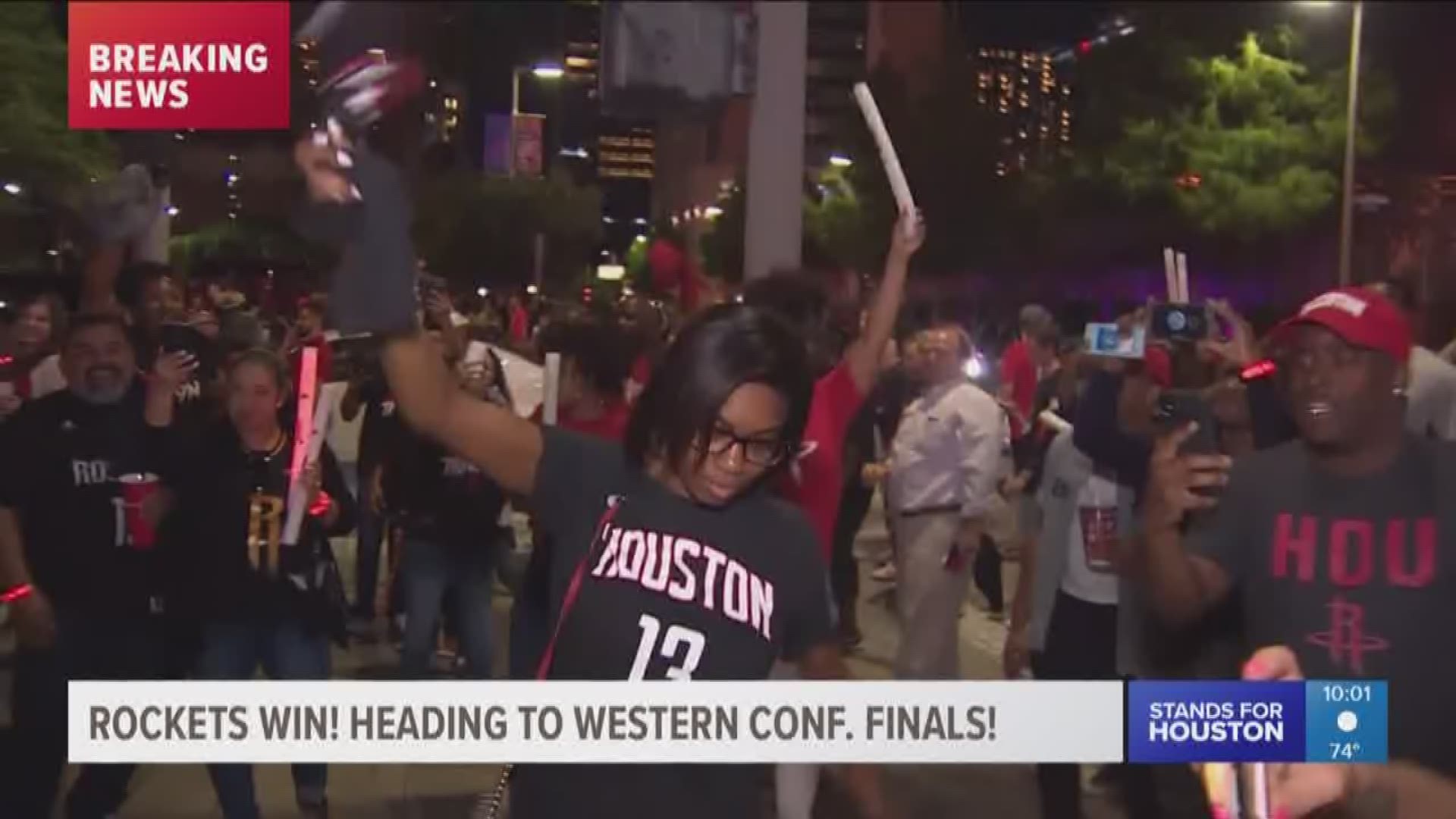 HOUSTON (AP) - Chris Paul scored a playoff career-high 41 points with eight 3-pointers and the Houston Rockets beat the Utah Jazz 112-102 in Game 5 on Tuesday night to advance to the Western Conference finals.

It will be Houston's second trip to the conference finals in four years and the first ever for Paul. The point guard has been panned for failing to get past the second round in his nine previous trips to the postseason.

BLOG: Rockets advance to Western Conference Finals with 112-102 win over Jazz in Game 5

Star rookie Donovan Mitchell had 24 points for Utah before leaving with about seven minutes left with an apparent left leg injury.

1 / 29
Thomas Shea
Houston Rockets guard Chris Paul (3) is defended by Utah Jazz guard Raul Neto (25) in the second half in game five of the second round of the 2018 NBA Playoffs at Toyota Center. Thomas B. Shea-USA TODAY Sports

Houston returns to the conference finals for the first time since 2015. It's the second straight season the Jazz lost in this round after being swept by Golden State last season.

Paul, a nine-time All-Star in his first season with Houston after an offseason trade from the Los Angeles Clippers, also had 10 assists and seven rebounds.

1 / 45
Lisa Carter/KHOU.com
Houston Rockets fans arrived early to the Toyota Center for Game 5 of the Western Conference Semifinals against the Utah Jazz on May 8, 2018.