Jazz stave off elimination with 107-91 win over Rockets

Game 5 is in Houston on Wednesday. 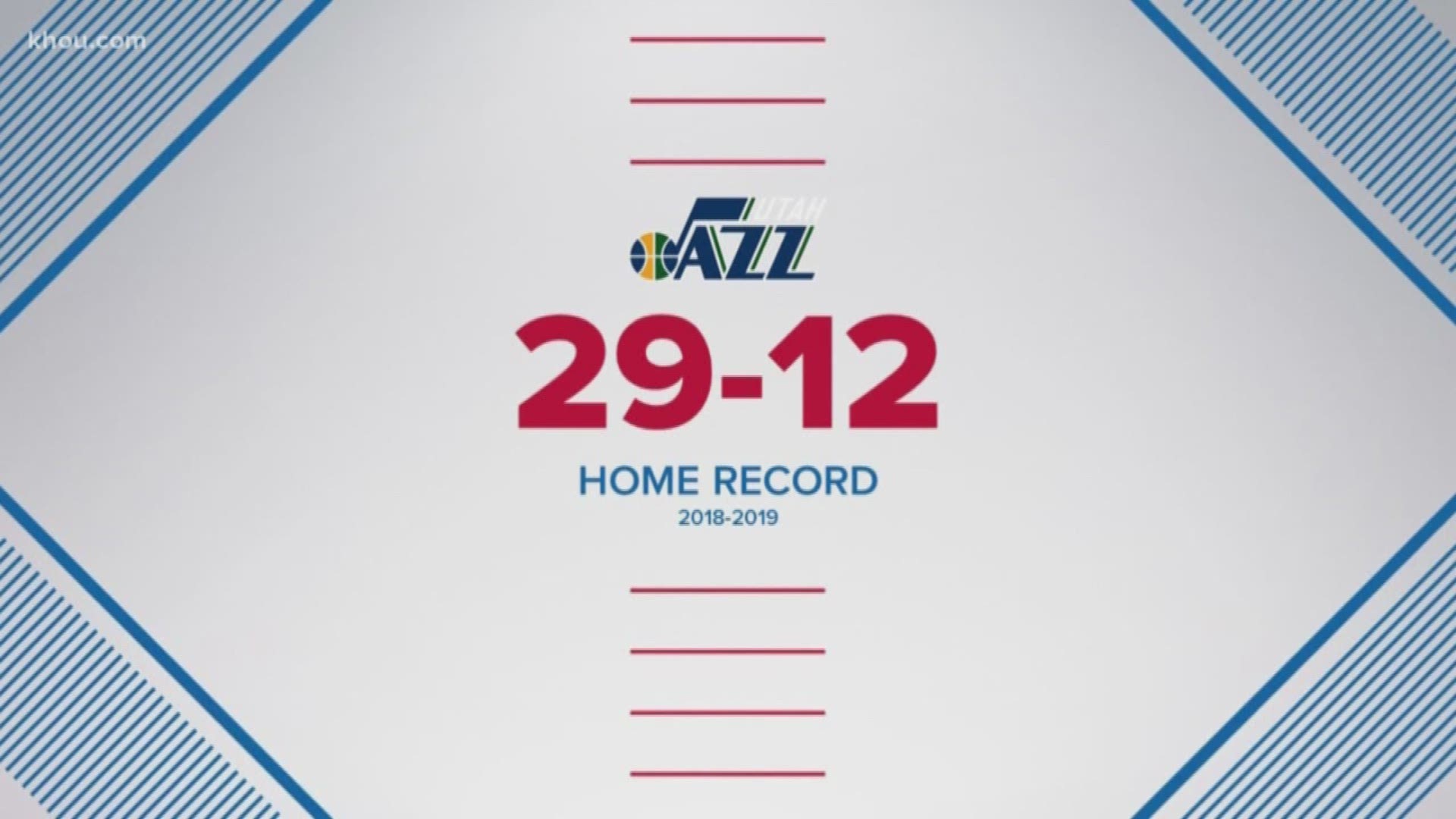 SALT LAKE CITY — Donovan Mitchell scored 19 of his 31 points in the fourth quarter to rally the Utah Jazz to a 107-91 victory over the Houston Rockets in Game 4 of their Western Conference series on Monday night.

Utah's offense got a major boost from Crowder and Rubio in the first quarter. The duo combined for 25 points on 9-of-11 shooting in the quarter to help the Jazz carve out a double digit lead.

The Jazz opened the fourth quarter with a 15-1 and outscored the Rockets 31-12 in the period. Mitchell scored 13 points in three minutes to fuel the run after totaling just 12 points in the first three quarters. He capped off the surge with back-to-back 3-pointers, giving the Jazz a 91-80 lead with 9:02 remaining. Mitchell later had an incredible alley-oop dunk when he caught an errant pass and threw it down.

Crowder got things going by scoring five of Utah's first six baskets. Rubio built on the momentum by fueling a 14-1 run with four baskets and a pair of free throws. It helped the Jazz carve out a 30-16 lead with 3:03 left in the quarter.

Houston had three straight turnovers to open the door for Utah to seize a double-digit lead. The Jazz scored 10 points off six Rockets turnovers in the quarter.

An 8-0 run, capped by Austin Rivers' dunk off a steal by Chris Paul, helped Houston trim the deficit to 30-24 before quarter's end.

The Rockets continued to cut into the lead during the second quarter, but could not overtake Utah until the third quarter. Houston opened the quarter on a 10-2 run sparked by back-to-back 3-pointers from Gordon. Harden capped it off with three free throws to give the Rockets a 57-55 lead.

Jazz: After starting 4-of-6 from 3-point range, Utah missed 13 of its next 14 shots from long distance. ... Royce O'Neale grabbed a playoff career high 11 rebounds. O'Neale also finished with 11 points. The Jazz outscored Houston 52-22 in the paint and 17-3 in second chance points.

Game 5 is in Houston on Wednesday.