The Rockets face the winner between the Golden State Warriors and Los Angeles Clippers, who player later Wednesday night. 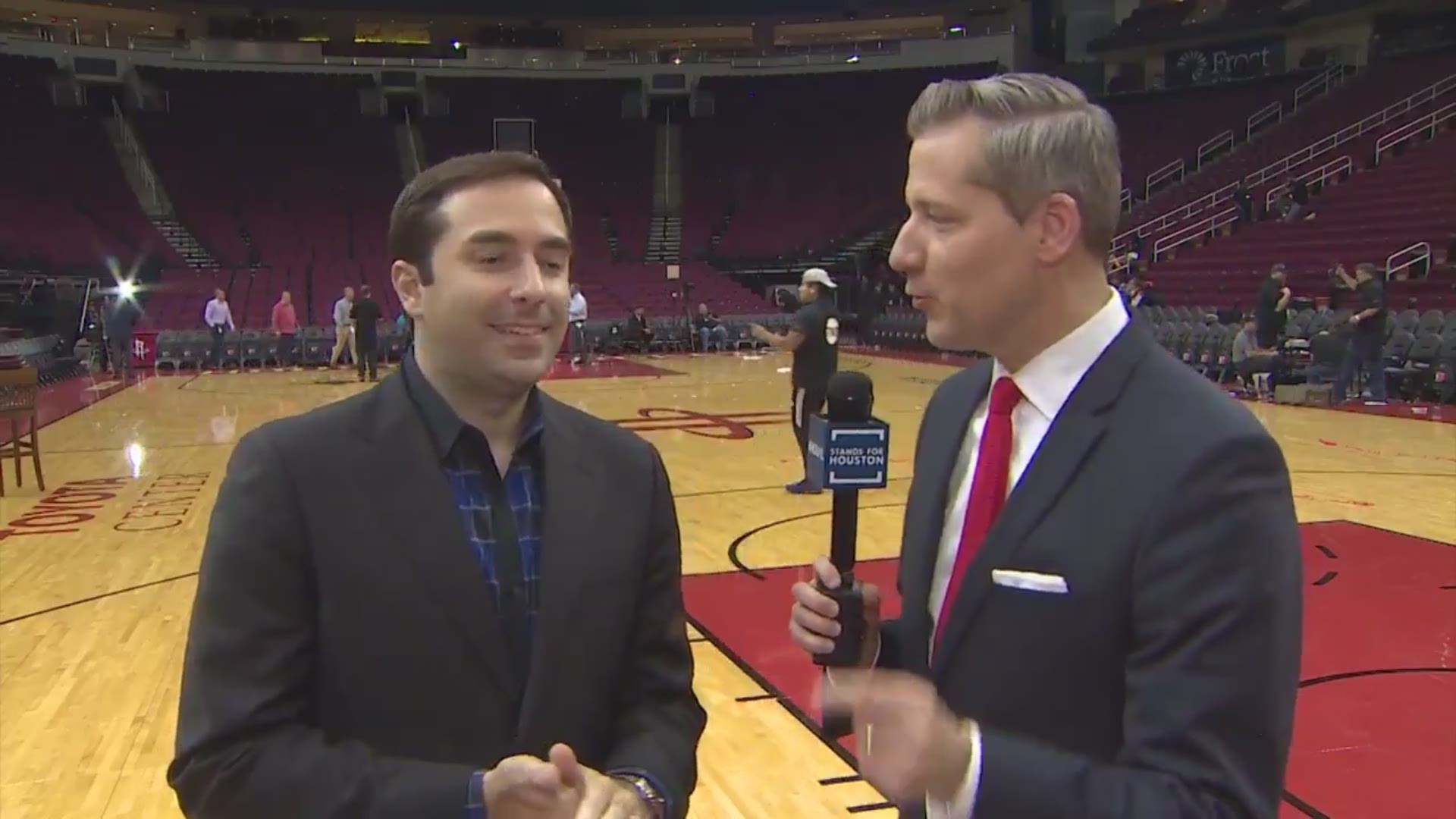 The Rockets advanced to the Western Conference semifinals for the third straight season and will face the winner of the Los Angeles Clippers-Golden State Warriors series.

Ricky Rubio cut Houston's lead to 94-93 on a jump shot with about a minute left. P.J. Tucker missed two free throws, but grabbed a loose ball seconds later and was fouled again. This time he made both shots to make it 96-93.

Harden blocked a shot by Ruby Gobert on Utah's next possession and he made two free throws to extend the lead to 98-93 with 38 seconds left.

Donovan Mitchell, who was just 4 of 22, missed a 3-pointer after that and Chris Paul added two more free throws to secure the victory.

The Rockets were helped by a solid game from Clint Capela, who had 16 points and 10 rebounds. He acknowledged that he was having trouble breathing in the Game 4 loss because of an upper respiratory infection and was held to just four points.

After scoring 31 points to lead Utah to the victory in Game 4, Mitchell managed just 12 points on a night he missed all nine of his 3-point attempts.

Harden struggled to get going early and didn't score in the first quarter. But after missing his first seven shots and 11 of his first 12 attempts, he finally found a rhythm.

Royce O'Neal came off the bench to lead Utah with 18 points, Rubio had 17 and Jae Crowder added 15. Gobert wasn't much of a factor in this one, scoring just nine points with 10 rebounds.

The Jazz opened the fourth quarter with an 8-0 run to take a 77-75 lead with 9 minutes left. Rubio had two steals and a basket to help Utah go on top.

Houston ended its scoring drought after that, scoring the next five points, capped by a three-point play from Harden to make it 80-77.

Rubio made a 3-pointer for Utah before Paul scored five quick points to extend Houston's advantage to 85-80 with 7 minutes left.

Houston trailed by seven 7 late in the second quarter before using a 14-3 run to lead by four entering the third. Harden scored eight of his 10 first-half points during that run. The Rockets kept it going to start the third, using a 10-2 spurt to make it 56-44 with about 10 minutes left in the quarter. Harden and Tucker had 3-pointers in that span and Capela added a dunk.

Danuel House made a 3-pointer and Harden added a layup seconds later to leave Houston up by 11 later in the quarter. But O'Neal made a 3 soon after that to before Mitchell added a three-point play to get Utah within 68-63 with about 2 minutes left in the third.

Austin Rivers ended Utah's run with a 3-pointer to extend Houston's lead to 71-63.

The Jazz cut the lead to 4 with less than 30 seconds left in the third after scoring four straight points, but Nene made a basket at the buzzer to leave Houston up 75-69 entering the fourth.