The Chinese Basketball Association said that Daryl Morey had made "improper remarks regarding Hong Kong" to which it expressed its "strong opposition." 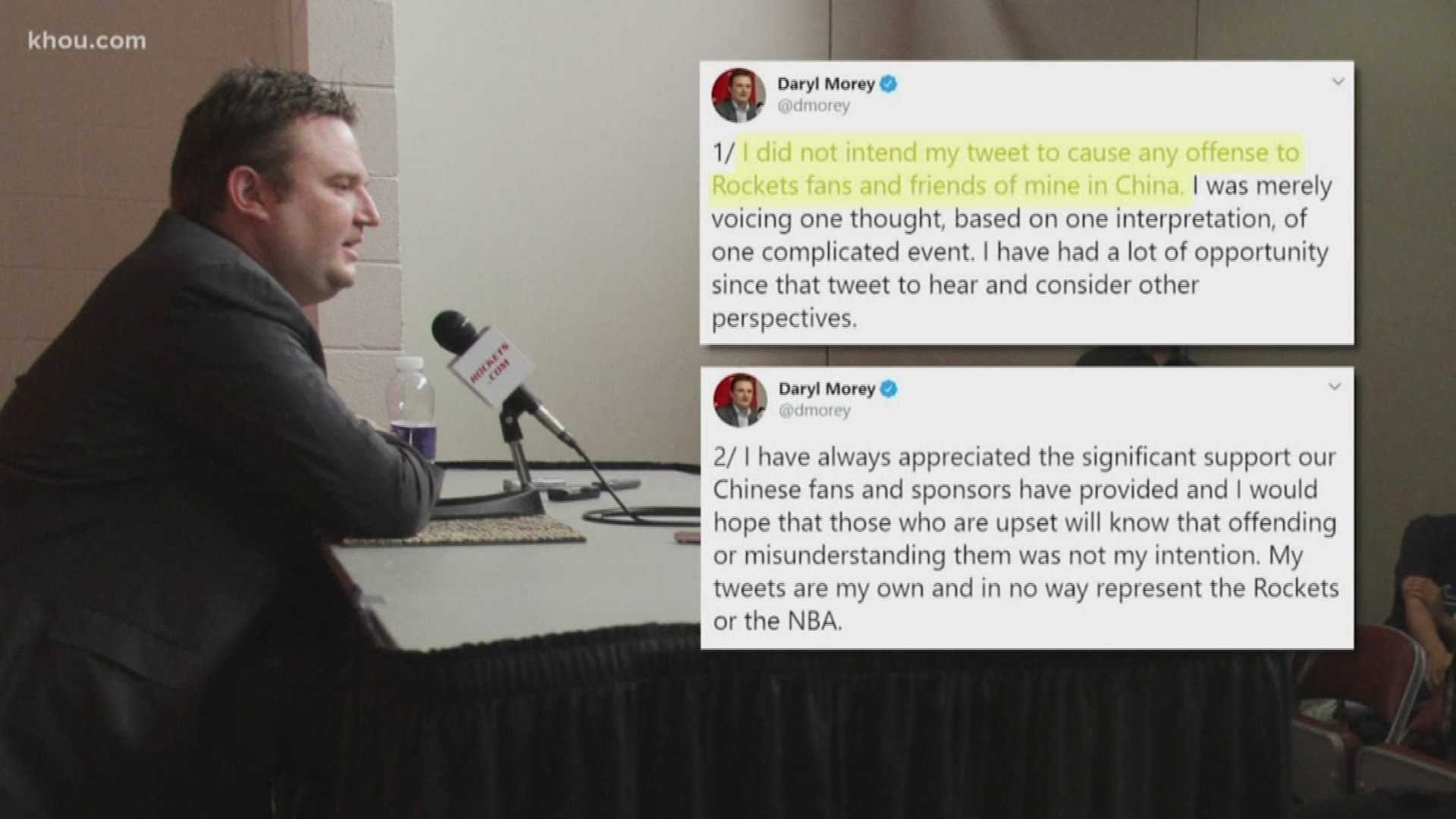 BEIJING, China — China's official basketball association says it will suspend cooperation with the Houston Rockets following a tweet by the team's general manager in support of pro-democracy protesters in Hong Kong.

The Chinese Basketball Association said Sunday on its official Twitter-like Weibo account that Daryl Morey had made "improper remarks regarding Hong Kong" to which it expressed its "strong opposition."

That underscores Beijing's extreme sensitivity about foreign attitudes toward the ongoing protests in the semi-autonomous territory that have lately grown in violence. China accuses foreign parties in the U.S. and elsewhere of encouraging the demonstrations.

China's relationship with the Rockets has been especially close because Chinese hall of famer Yao Ming played his entire NBA career with the team.