This means home games will be at Amalie Arena. 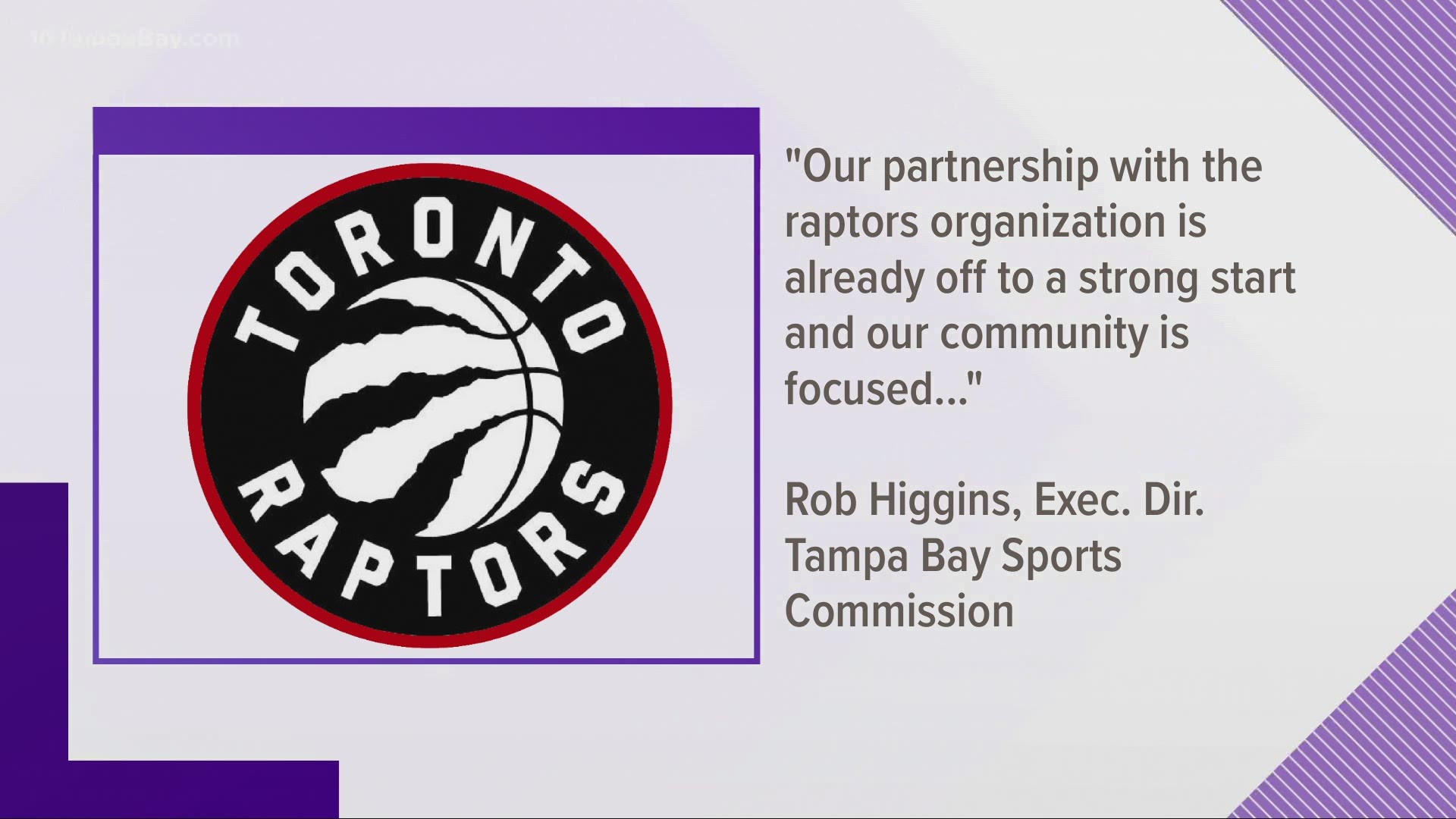 On Friday, Raptors President Masai Ujiri acknowledged what many had already suspected that the 2020-2021 season would begin in Tampa instead of Toronto. That means home games will be at Amalie Arena.

Canada's coronavirus restrictions state that even people without symptoms have to quarantine for 14 days when entering the country. That would have posed a challenge for a traveling professional basketball team whose opponents are located in the United States.

"The Raptors worked diligently with public health officials at the local, provincial and federal level to secure a plan that would permit us to play our 2020-21 season on home soil and on our home court at Scotiabank Arena," Ujiri wrote in the statement obtained by Toronto Raptors NBA Beat Reporter Josh Lewenberg. "These conversations were productive, and we found strong support for the protocols we put forward. Ultimately, the current public health situation facing Canadians, combined with the urgent need to determine where we will play means that we will begin our 2020-21 season in Tampa, Florida."

Ujiri asked Canadian fans to continue to cheer on the team from afar.

The NBA season is scheduled to begin Dec. 22, and training camps open on Dec. 1.

Rob Higgins, executive director of the Tampa Bay Sports Commission and co-host of our Tampa Bay 55 podcast, previously confirmed that preliminary discussions had been underway in recent weeks.

"While we remained hopeful that our friends at the Raptors would be able to play their games at home in Toronto, we're excited by the opportunity to help them start their season at Amalie Arena," Higgins wrote Friday in a statement. "Kudos to our community partners for working quickly to make this happen. Our partnership with the Raptors organization is already off to a strong start and our community is focused on serving as a great interim host to them for the duration of their stay in our hometown."

City of Tampa Mayor Jane Castor welcomed the team, sharing that with the company of other Bay area sports teams the Raptors would not be disappointed.

"The Toronto Raptors and their fans will not be disappointed here in Tampa Bay. Not only do we have the Stanley Cup Champion Lightning, the World Series runner-up Rays and the powerhouse Buccaneers, we’re going to have a chance to watch the magic of the Toronto Raptors play right here in our backyard," she wrote.

The Raptors are part of the NBA's Eastern Conference Atlanta Division. Back in Toronto, their past home games have been at Scotiabank Arena, a venue they share with the NHL's Toronto Maple Leafs.

The Tampa @Raptors? I asked @RHiggins_TBSC about the possibility of @AmalieArena hosting the @NBA franchise IF they aren't able to play in Canada due to COVID-19 protocols, and why Amalie would be a perfect fit. Full pod drops tomorrow: https://t.co/XmH395WIo7 @TampaBayLV pic.twitter.com/2WCZDHg7AU