It was a sea of orange as hopeful fans packed into the Gallery Furniture on I-45 North early Tuesday. 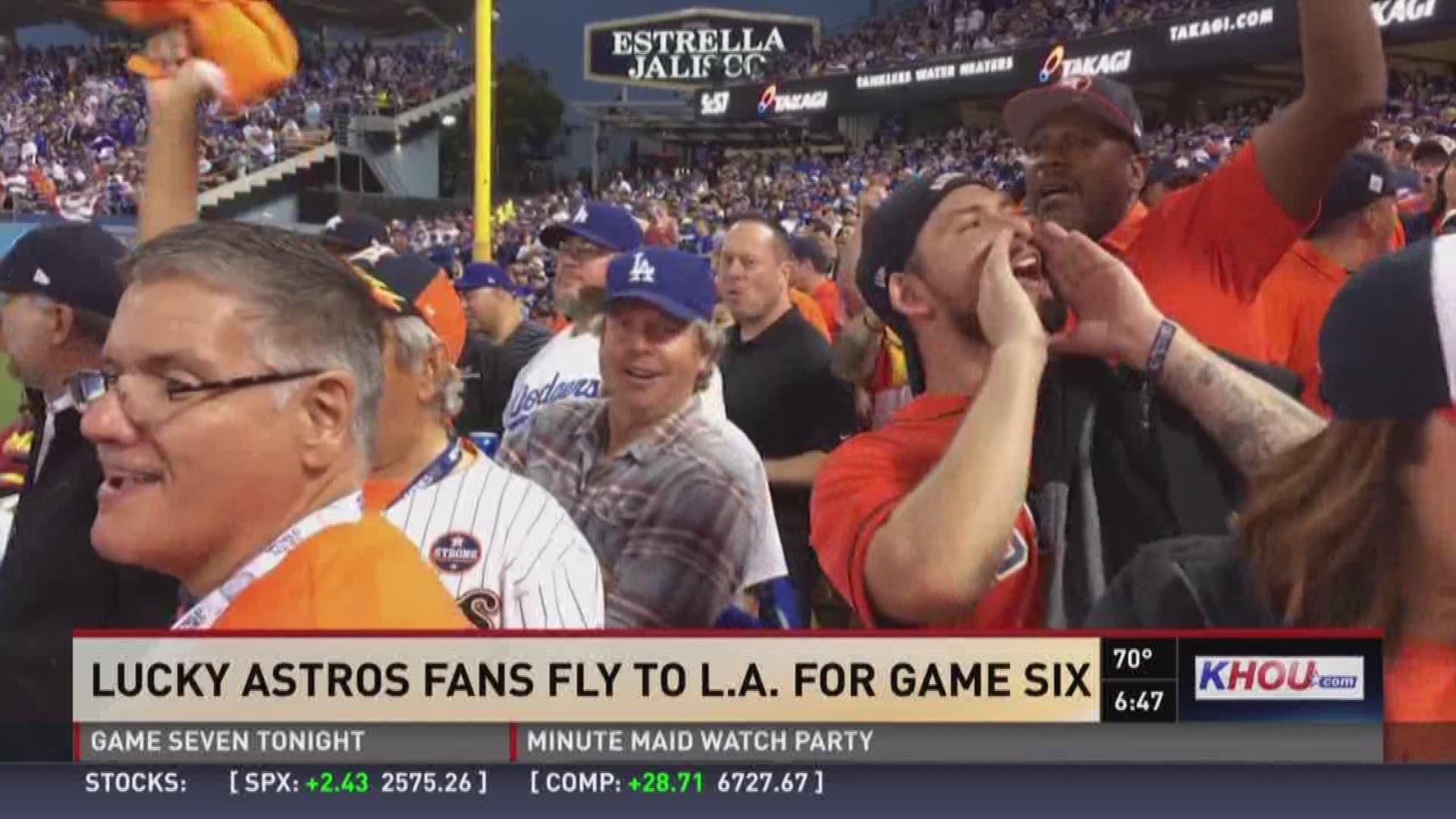 Hometown hero Mattress Mack surprised a group of Astros fans with tickets to Game 6 on Tuesday.

KHOU 11’s Josh Chapin received a text yesterday asking if he wanted to go to the World Series. At first he thought it was a very cruel joke, but to his delight he ended up on a private plane along with first responders and some fans who didn't find out until this morning that they were headed to Los Angeles for the World Series.

Nobody could've planned this day out, certainly not Chandra Young.

“Once in a lifetime experience,” said Young. “You're going to go here and we're going to win this game today, so this is it.”

She flew on a 737 chartered by Mattress Mack, along with 40 others. Some were first responders, some ex-military and some average fans like Young.

“Can't believe it,” said Young. “Mattress Mack for president. He's the best man in the world.”

A handful of fans won through a radio show, others like Young waited dutifully outside Gallery Furniture for an outside chance at tickets and a trip to LA.

“I am an Astros fan of over 52 years and it's been a long time waiting,” said Jeannie Tate. “I cannot pick a flowery word big enough to explain the way I'm feeling. It's huge.”

A vastly different feeling from Hurricane Harvey which missed her home but not their west Houston neighborhood.

“We were down at the water assisting people out of the water and taking them to shelter,” said Tate.

Tate like others on the plane in awe once again of Mattress Mack's open heart, something he showed to first responders and community members when Houston was at its lowest and now when it's at its pinnacle in the World Series. 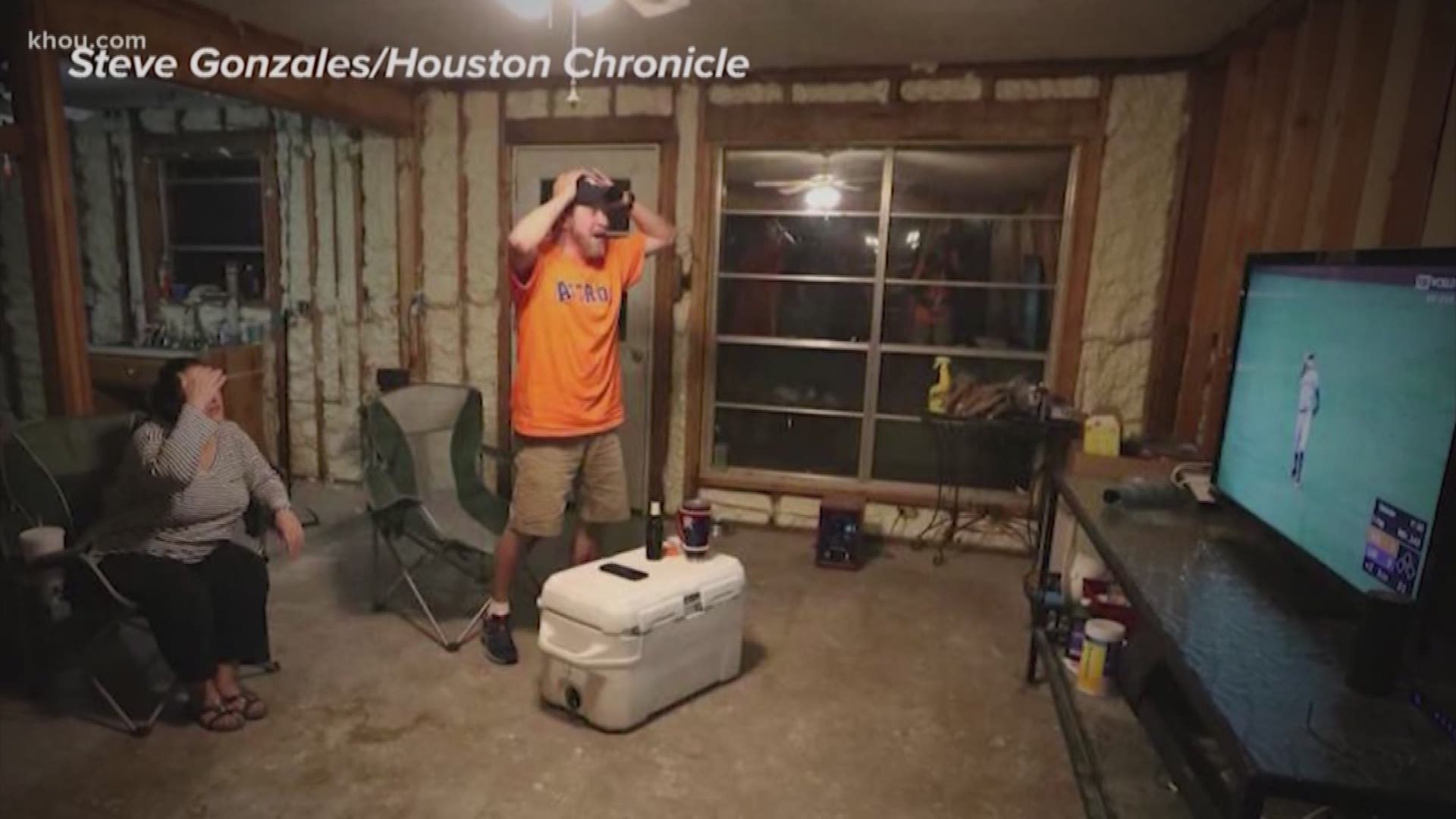