The American League Championship Series between the Houston Astros and New York Yankees is now tied up 1-1. 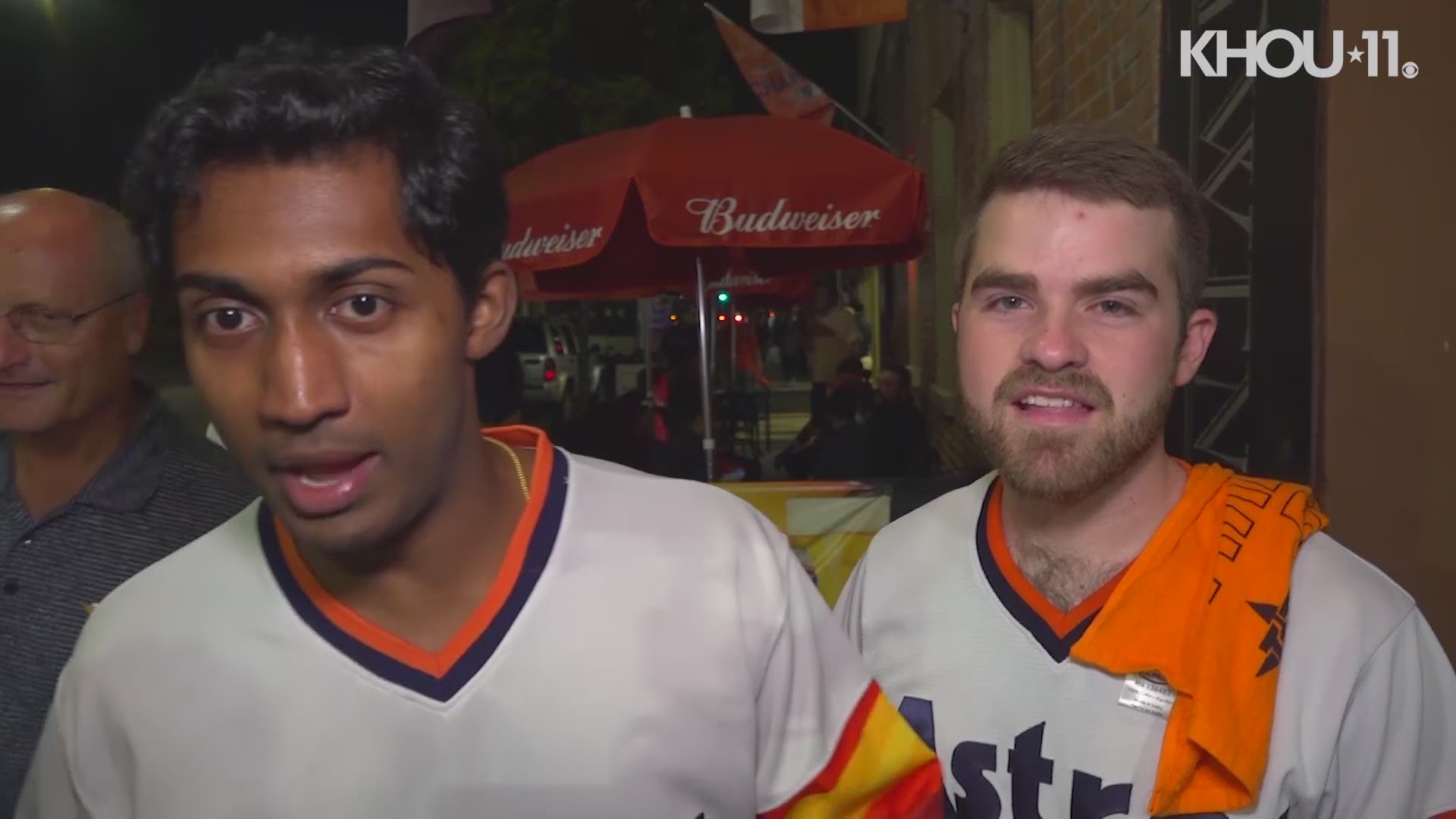 HOUSTON — Injured down the stretch and slumping this month, Carlos Correa hit a leadoff home run in the 11th inning that lifted the Houston Astros over the New York Yankees 3-2 Sunday night.

Did you miss the home run? Watch it here:

The American League Championship Series is now tied up at one game apiece.

Correa, who earlier lined an RBI double and made a sensational play at shortstop, connected for an opposite-field shot to right off J.A. Happ.

"Not playing a couple of weeks before the playoffs and then not producing for or my team offensively, obviously it's tough, getting hurt and everything," the All-Star said. "But it's all worth it for moments like this, moments like this where you give your team a chance to win every day, it's worth it, man."

Here are some of the moments you may have missed to help you relive last night's big win:

And there were some who complained the FOX broadcast didn't make it clear live play had resumed following the commercial break:

Game 3 of the ALCS is scheduled for 3:08 p.m. Central time Tuesday.