Who is Keke Palmer? 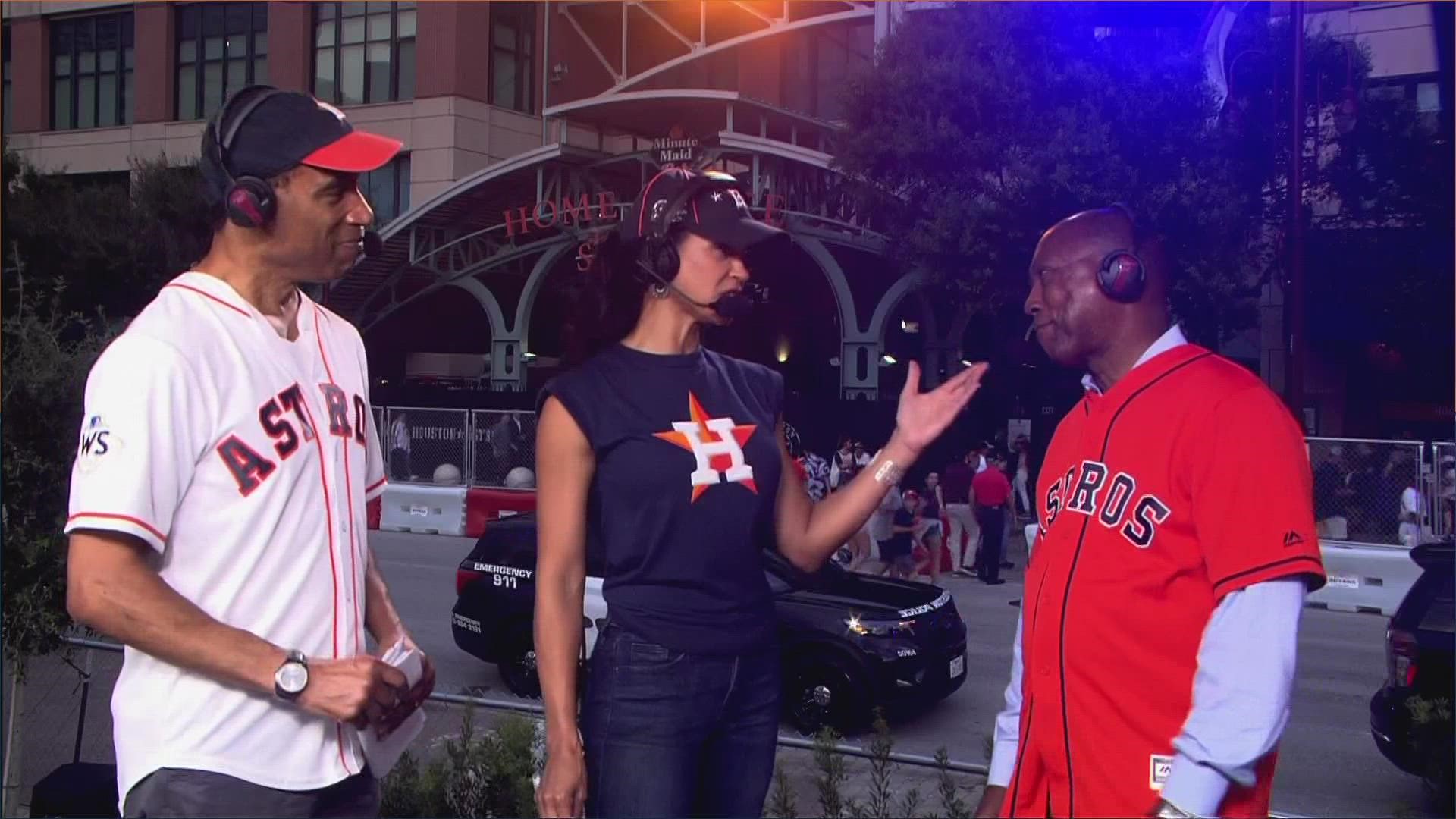 HOUSTON — All eyes on the World Series as the Atlanta Braves takes on the Houston Astros.

While her vocals were highlighted on the national stage, Palmer is also an actress. She's known for her roles in  movies like Akeelah and the Bee and Tyler Perry's Madea's Family Reunion.

She was also was a host on the Good Morning America talk show, "Strahan, Sara, & Keke."

Many people took to social medial after she sang The Star-Spangled Banner. Below are some of the reactions.

I was so happy to see Keke Palmer do the national anthem! You did amazing @KekePalmer !! 👏🏼😆

@KekePalmer songs the National Anthem at Game 1 of the #WorldSeries #Astros #Braves pic.twitter.com/ZHmz97QNQx

It's a momentous occasion for Atlanta, which last won a World Series in 1995. The Braves had to beat the fearsome Los Angeles Dodgers to get to this point - and had to overcome the ghosts of last year, when they blew a 3-1 lead in the NLCS to L.A. and missed out on the World Series.

That spawned the #KillTheNarrative rallying cry - which will return for the World Series, with the Astros considered fairly strong favorites over the Braves.

Things have started off well for the Braves, with the team getting a leadoff home run from Jorge Soler and then Ozzie Albies coming around to score the second run - he got to second base by stealing, which won everyone in America a free taco.