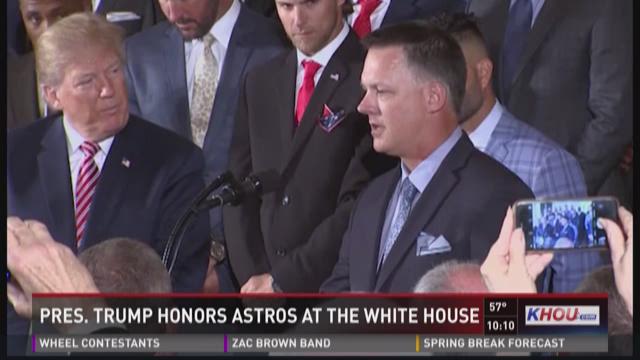 It’s customary for the president of the United States to invite champions from many sports to visit the White House. Houston is taking advantage of an off-day in its Grapefruit League schedule to accept the invitation from President Donald Trump.

"As a manager you can’t be any more proud than to see your team become one," A.J. Hinch said at the house. "We are honored to be here."

"You’ve become very famous. You did a great job of skippering," the president told Hinch.

WATCH: Astros speak outside the White House after the ceremony

“I’m looking forward to it,” Keuchel said as he departed spring training in Florida earlier the day. “I got a new suit. Also gained some pounds, so my old suits didn’t fit.”

Ready to party with the #Astros at the White House tomorrow. Unreal. #bucketlist pic.twitter.com/xJS0K5IPat

Keuchel wasn’t the only Astro scrambling to complete his White House wardrobe.

“I didn’t bring any ties with me out here, so I’ve got to go buy a tie,” reliever Will Harris said.

Making a special trip during spring training is rare for a World Series champion.

Teams often elect to visit the White House in conjunction with a scheduled series at either the Washington Nationals or Baltimore Orioles. The Astros don’t visit Washington this season and the Astros’ trip to Baltimore doesn’t happen until the final weekend of the season.

“That would have been odd for us to wait all the way until that time to celebrate a team that’s another year older,” manager A.J. Hinch said. “I’ll take this day over the other options.”

Hinch said he doesn’t mind turning what could have been a restful off day into what will likely be a somewhat hectic travel day.

“I like it better as a day off in spring than I do a day off in the season,” Hinch said. “Those are valuable. We’re already on the east coast so that makes it convenient enough.”

Houston officials said they anticipate all holdovers from last year’s team will make the trip.

1 / 21
Chip Somodevilla
WASHINGTON, DC - MARCH 12: U.S. President Donald Trump (L) poses for photographs with Houston Astros outfielder Josh Reddick while celebrating the team's World Series victory in the East Room of the White House March 12, 2018 in Washington, DC. Trump talked about Hurricane Harvey and the city and the team's resilience in the face of the storm. (Photo by Chip Somodevilla/Getty Images)

The Astros also invited players who left the team during the offseason to accompany the excursion. St. Louis closer Luke Gregerson and Pittsburgh pitcher Joe Musgrove are expected to join their former teammates.

“It will be cool to see some of the guys that were with the team last year that aren’t with us anymore,” Harris said. “Looking forward to having a plane ride with those guys, catching up and kind of reminiscing on what we accomplished last year for a few hours. It will be a good time.”

Carlos Beltran, who won a World Series ring with the Astros in his final season, said last month that he wouldn’t attend the ceremony for family reasons. He said his decision wasn’t a political statement, and added he wasn’t happy with the federal government’s response to the devastation Hurricane Maria caused in his native Puerto Rico.

Outfielder Cameron Maybin played 21 games with Houston after being claimed off waivers late in the season.

He signed with the Miami Marlins after 2018 camp opened and declined the invitation to travel to the White House.

“I know we’ve got an off-day, but I’ll probably come in and just get some work in. Just trying to still get my timing together,” Maybin said. “For me, the mission was accomplished.” 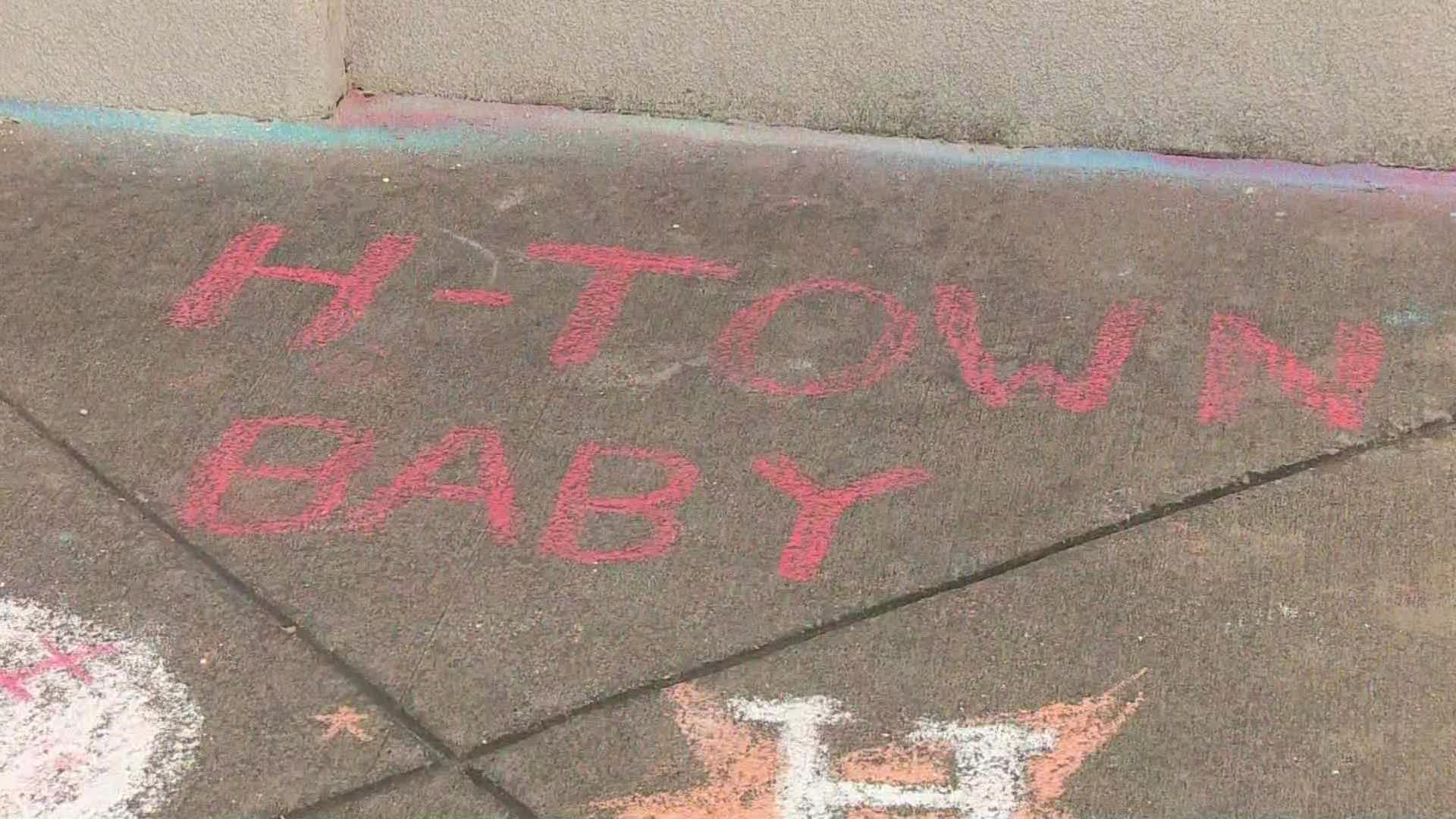