Harris has spent the last five seasons with Houston, appearing in 309 games. 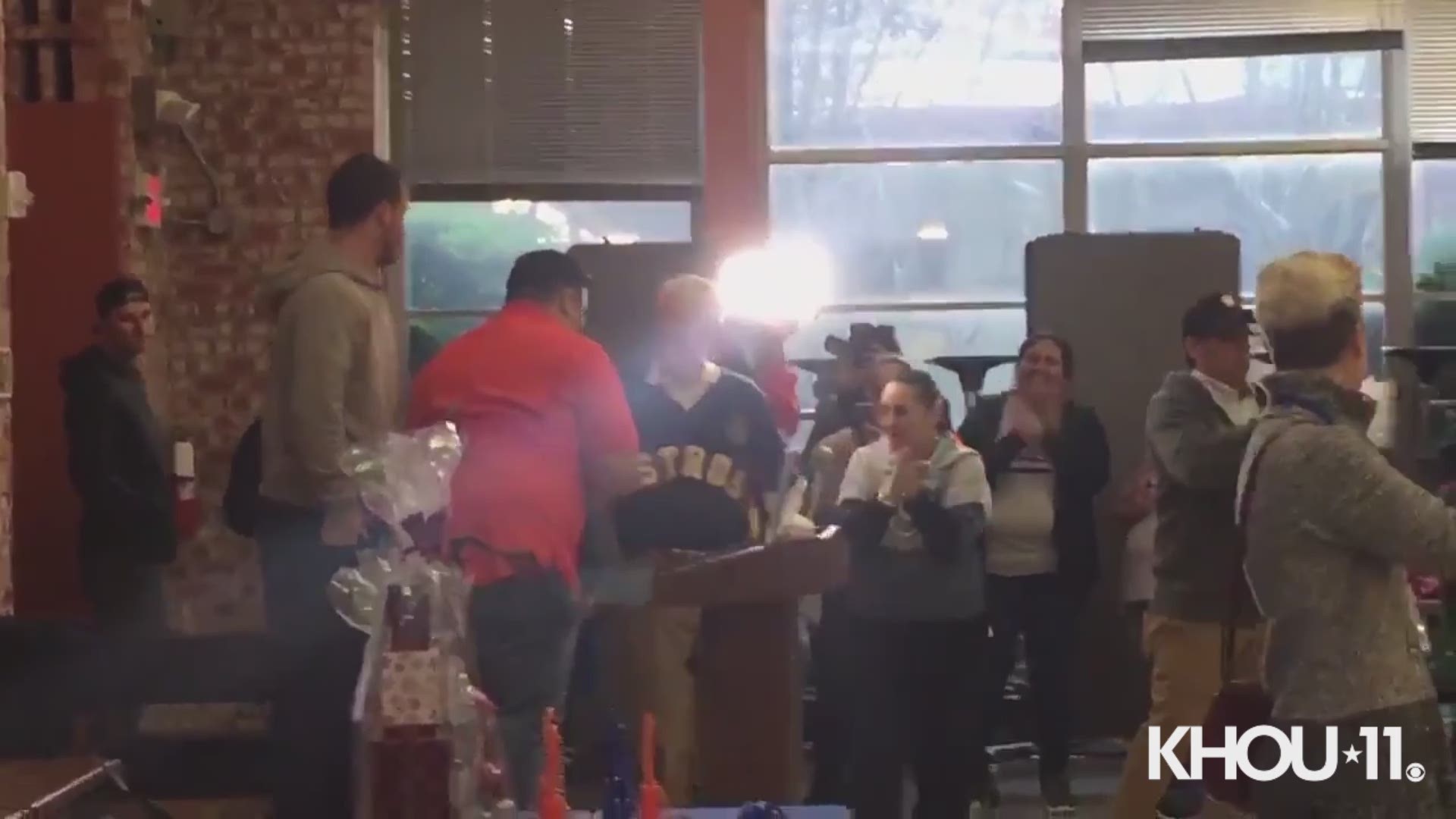 HOUSTON — Editor's note: The video above is of Alex Bregman and Mattress Mack surprising Houston elementary school students with presents.

According to several reports, former Astros reliever Will Harris agreed to a three-year deal with the Washington Nationals.

Harris' deal in Washington is reportedly worth $24 million. Harris became a free agent after the 2019 season.

Harris has spent the last five seasons with the Astros. He has been one of the team's most reliable back-end relievers.

Harris made the All-Star team in 2016 when he saved 12 games for the Astros.

Harris compiled a 2.36 ERA with Houston to go along with 315 strikeouts in 297 innings.

The Nationals beat the Astros in the 2019 World Series. In the decisive Game 7, Harris faced two batters without recording an out. Harris was straddled with the loss in the game.

Harris entered the game in the seventh inning, replacing Zack Greinke. Harris gave up a home run to Howie Kendrick and a single to Asdrubal Cabrera before being pulled in favor of Roberto Osuna.

With the Nationals, Harris is expected to pitch late in games, but not necessarily as the team's closer. With the addition, Washington now has Sean Doolittle, a lefty, and Will Harris, a righty, to choose from when trying to close games.