Texans sport Astros gear as they head to Indianapolis

From Deshaun Watson to DeAndre Hopkins, several Texans boarded the plane in Astros gear to show support for the team ahead of Game 6 of the ALCS. 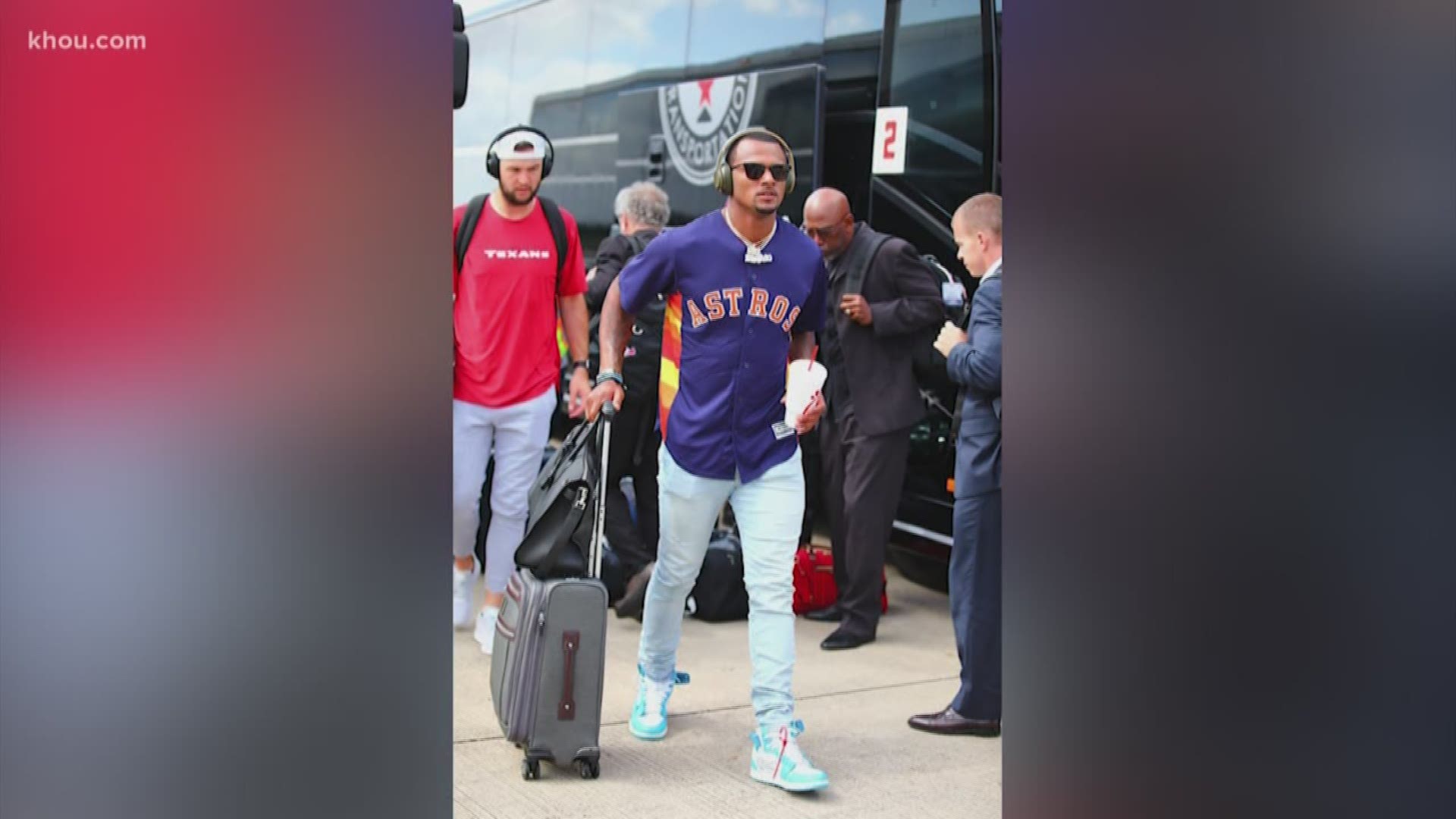 HOUSTON — The Houston Texans showed some love for the Astros Saturday as they headed to Indianapolis.

From Deshaun Watson to DeAndre Hopkins, several Texans boarded the plane in Astros gear to show support for the team ahead of Game 6 of the American League Championship Series.

“It’s awesome. We’re In this together. We’re representing Houston. We support each other,” Correa said. “We watch every single one of their games in the clubhouse. I feel like they do the same. To see their support, it’s really awesome.”

“I love it. I love that we’re all in this together in Houston,” Hinch said. “They’re a huge support system for us. We’re a huge support system for them. We’ve rocked the Texans gear on our road trips before, the Rockets stuff. This entire city is behind the Astros, and I expect nothing less than everybody to make it public and make it pro-Astros.”

The Astros, up 3-2 in the series, face the New York Yankees Saturday night at Minute Maid Park. Meanwhile, the Texans (4-2) face the Colts (3-2) in their second divisional matchup of the season.