"After you make your money and you get your ring, you decide to talk about it?" David Ortiz said. 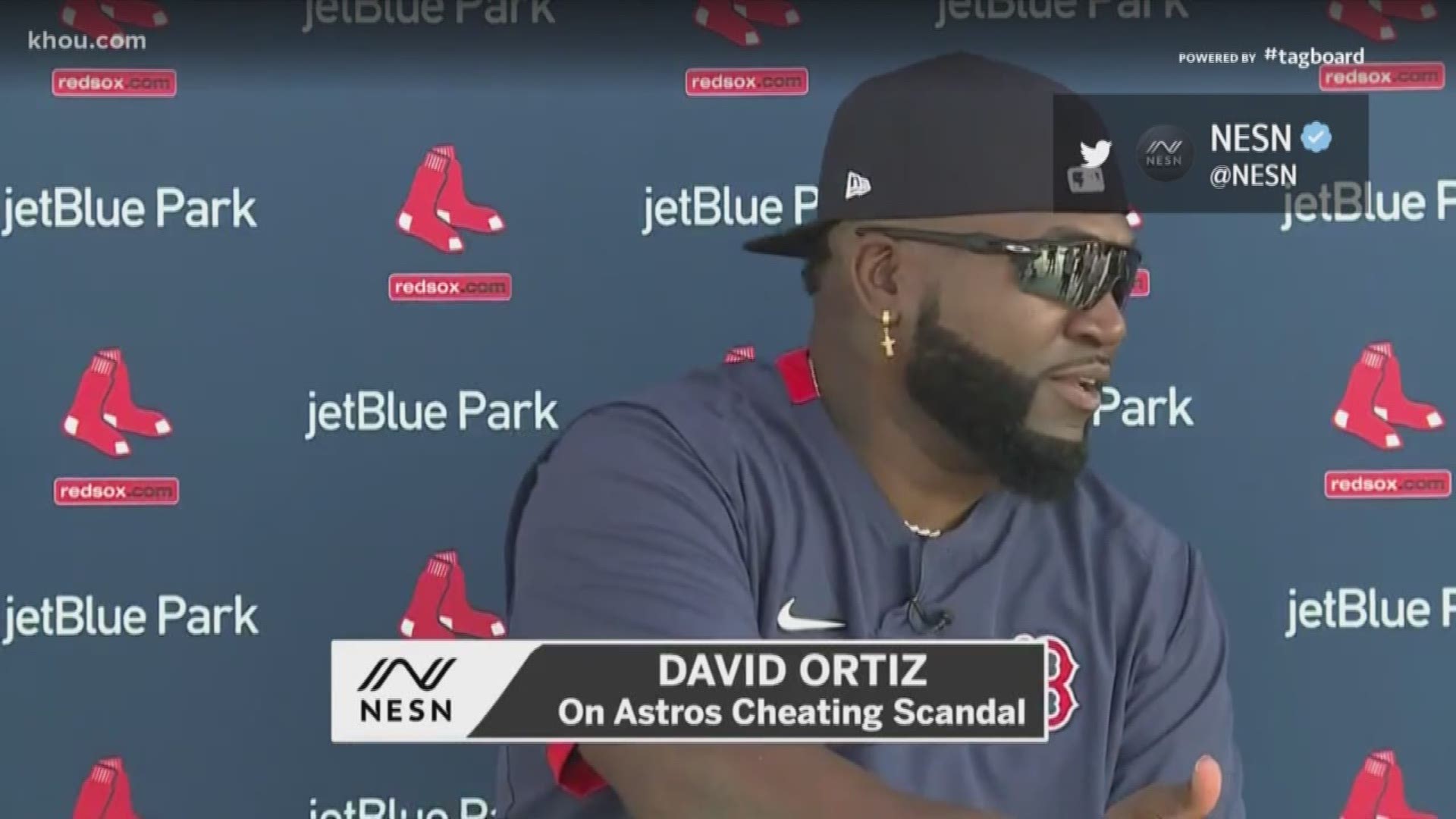 A lot of them think the Astros got off easy for stealing signs during its 2017 World Series championship season.

Red Sox legend David Ortiz isn't one of them.

At Red Sox camp Thursday, Big Papi told reporters he believes Manfred is catching too much heat -- Ortiz said people need to "chillax" -- and that whistleblower Mike Fiers looks like a "snitch" for going on the record with the Astros' sign-stealing scheme.

Last month Retired Red Sox pitcher Pedro Martinez called Fiers a "bad teammate" for blowing the whistle. Coincidentally -- or perhaps not -- the Red Sox are currently under investigation for a stealing signs during their 2018 World Series championship season.

Former Astros bench coach Alex Cora, who was implicated in the Astros investigation, managed the Red Sox in 2018. The Red Sox fired him after Manfred's report came out.

A ruling on the Red Sox is expected next week.

RELATED: Braves' Markakis on Astros: 'Every single guy over there needs a beating'