“It’s amazing to see it finally come to fruition.” 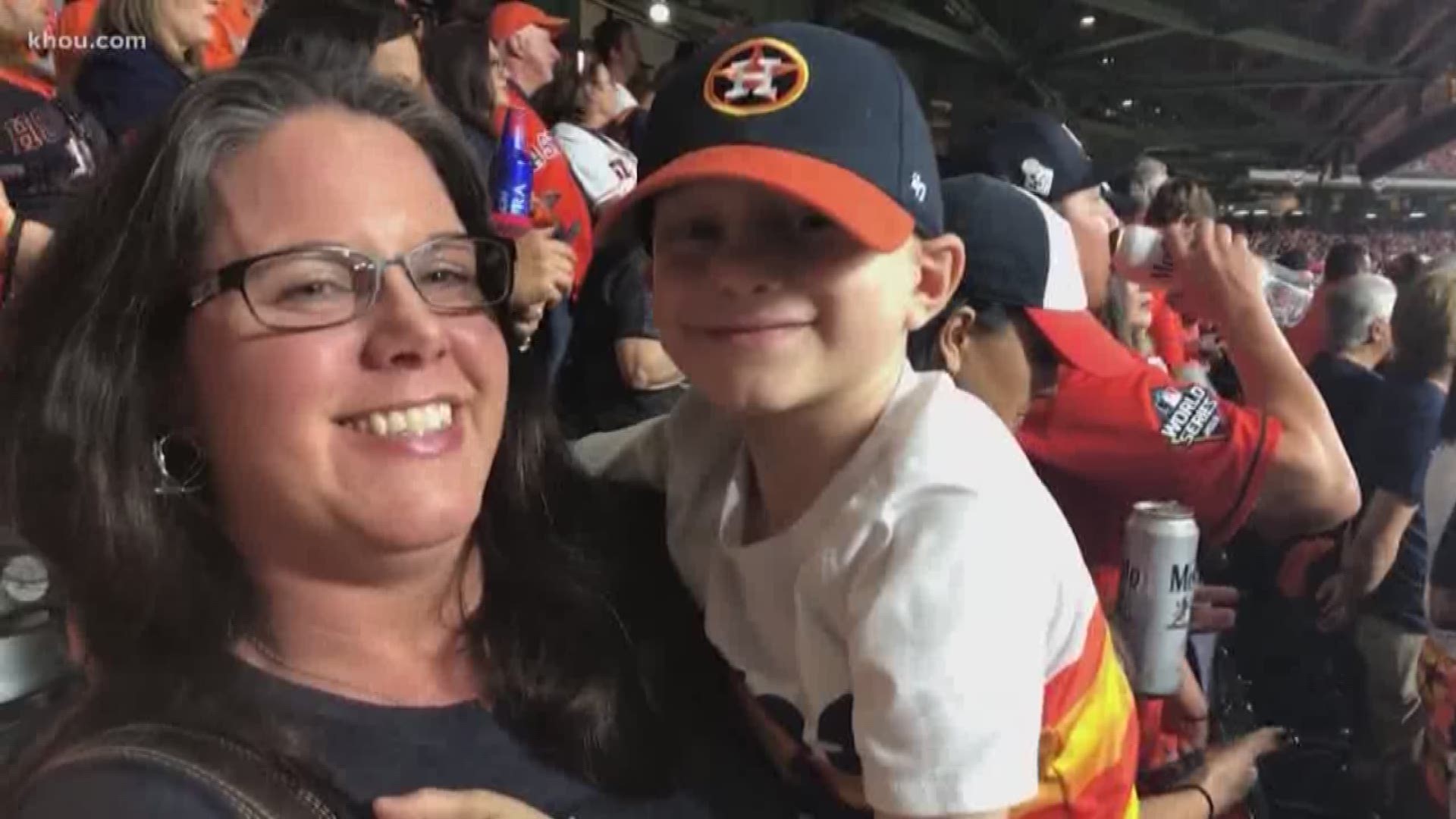 Austin Hinesley was all smiles in his mom Kristen’s arms next to his dad, Jaime, inside Minute Maid Park Wednesday night. It was the first time in three months the family was together outside the house in a large crowd having fun.

“I have two cancers in my body that (doctors) have to take some out and they have to leave one in so I can stay alive,” Austin said.

“He’s strong,” Jaime Hinesley said. “He’s resilient. He acts like nothing (is) wrong.”

“He loved to fish,” Kristin Hinesley said of her son. “He loved to play baseball and now he’s confined to the indoors. He sat there the other day and said mom it’s getting really hard to remember my friends.”

Their story inspired Rueben Arias and Officer 758’s Cancer Fight, a foundation formed in honor of his cancer-fighting daughter Abigail, to share donations.

They call the effort "Abigail’s Reach." It was the first time the non-profit gave another child with cancer on the same journey things strangers once gave Arias’ family.

“You hear the word cancer and the first thing you think of is death and when you walk about it being a child whether it be your kid, my kid or their kid it’s a scary moment,” Rueben Arias said.

He thought the Hinesleys needed a break. So the foundation hired a chauffer to take the family to Grazia Italian Kitchen in Pearland where the restaurant provided a free dinner. The chauffer then carried the family to Minute Maid Park where Abigail’s foundation scored the Hinesleys free seats above the Astros bullpen during Game 2 of the World Series.

Austin plans to wear it after surgery.

Doctors need to remove a tumor in Hinesley’s abdomen Friday. He has another tumor between his spine and also tumor cells in his bones, according to Austin’s dad. He has a long fight ahead.

However, for at least one night, the Hinesley family was all smiles thanks to Arias’ foundation.