Houston could only muster 3 hits in the loss. Gleyber Torres of the Yankees had 5 RBIs. 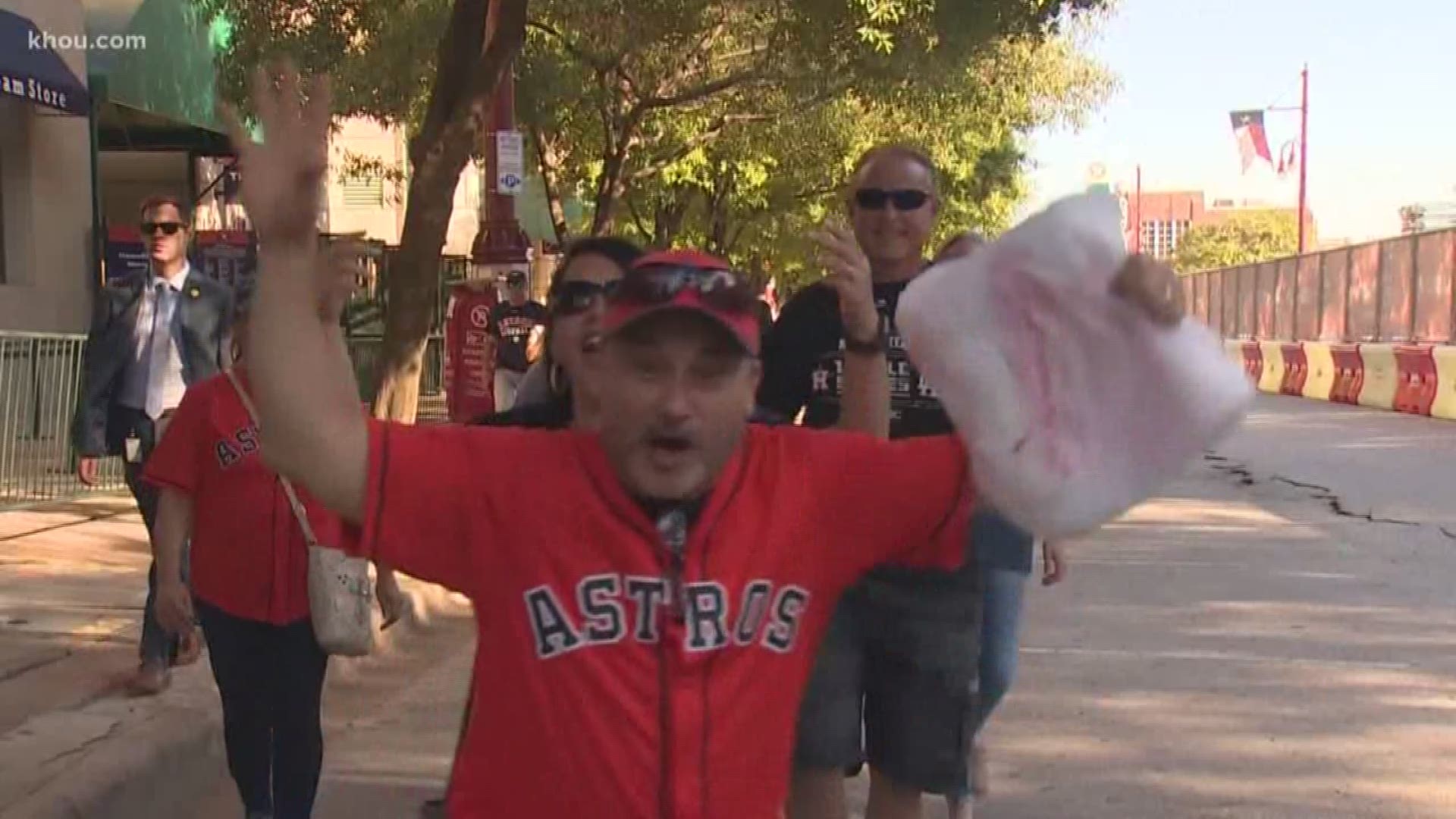 Gleyber Torres kept up his October surge with a homer and five RBIs, Masahiro Tanaka polished his playoff resume and the New York Yankees blanked the Houston Astros 7-0 Saturday night in the AL Championship Series opener.

With so much attention focused on the Astros aces, Tanaka showed he more than belonged on this stage, too. He threw one-hit ball for six innings to outpitch Zack Greinke, improving to 5-2 with a 1.32 ERA in the postseason.

Torres did his part in this matchup of 100-win behemoths with a go-ahead double, a solo homer, a two-run single and an RBI grounder. Moved up to third in the batting order after mashing in a sweep of Minnesota, the 22-year-old star became the youngest AL player to drive in five runs during a postseason game.

The Yankees will try to build on their early momentum when James Paxton starts against 21-game winner Justin Verlander in Game 2 on Sunday night.

Gio Urshela hit the first pitch of the inning into the right field seats, and the Yankees added another run on a fielder's choice. 7-0 Yankees. The Astros went down in order.  Yankees win, 7-0.

Josh James put the Yankees down in order in the top of the inning. Yuli Gurriel walked, but was left there. Still 5-0 Yankees going into the ninth inning.

The Yankees loaded the bases in the top of the inning before Torres dropped a bloop singe into center field, scoring two runs.  Yankees add to the lead. It's now 5-0.  The Astros put runners on first and third, but Alex Bregman hit into an inning-ending double play.

Gleyber Torres went deep to give the Yankees a 2-0 lead.  Then with two outs, Giancarlo Stanton took Greinke deep. Then three up, three down in the bottom of the inning.  3-0 New York.

The Yankees had some traffic with hits by Sanchez and Urshela, but Greinke got DJ LeMahieu to fly out to end the inning. Alex Bregman walked, but was erased on a double play when Yordan Alvarez lined out to Aaron Judge, who threw him out as he was trying to get back to first.  Then Yuli Gurriel flew out to right to end the inning.  Still 1-0 New York.

DJ LeMahieu led off the inning inning with a single and moved to second on a Greinke wild pitch. Gleyber Torres doubled him in.  Astros went down in order in the bottom of the frame. Yankees take a 1-0 lead.

Greinke set the Yankees down in order in the top of the third inning, highlighted by an unbelievable play at third by Alex Bregman, robbing Gio Urshela of a hit with a leaping grab of a line drive. In the bottom of the frame, Kyle Tucker got the Astros first hit, a base knock to right field. But he was left there on a double play off the bat of Robinson Churinos.  Still no score.

Giancarlo Stanton got the first hit of the game for the Yankees, a shot backhanded by Carlos Correa, but beat it out at first. He was erased on a line drive double play off the bat of Brett Gardner.  The Astros went down in order again.  Still scoreless.

RELATED: What they're saying about the Astros' Game 5 win in the ALDS

RELATED: Rays pitcher admits he was tipping his pitches after getting hit hard by Astros