The rumors started flying on Thursday, so we wanted to know what Major League Baseball had to say. 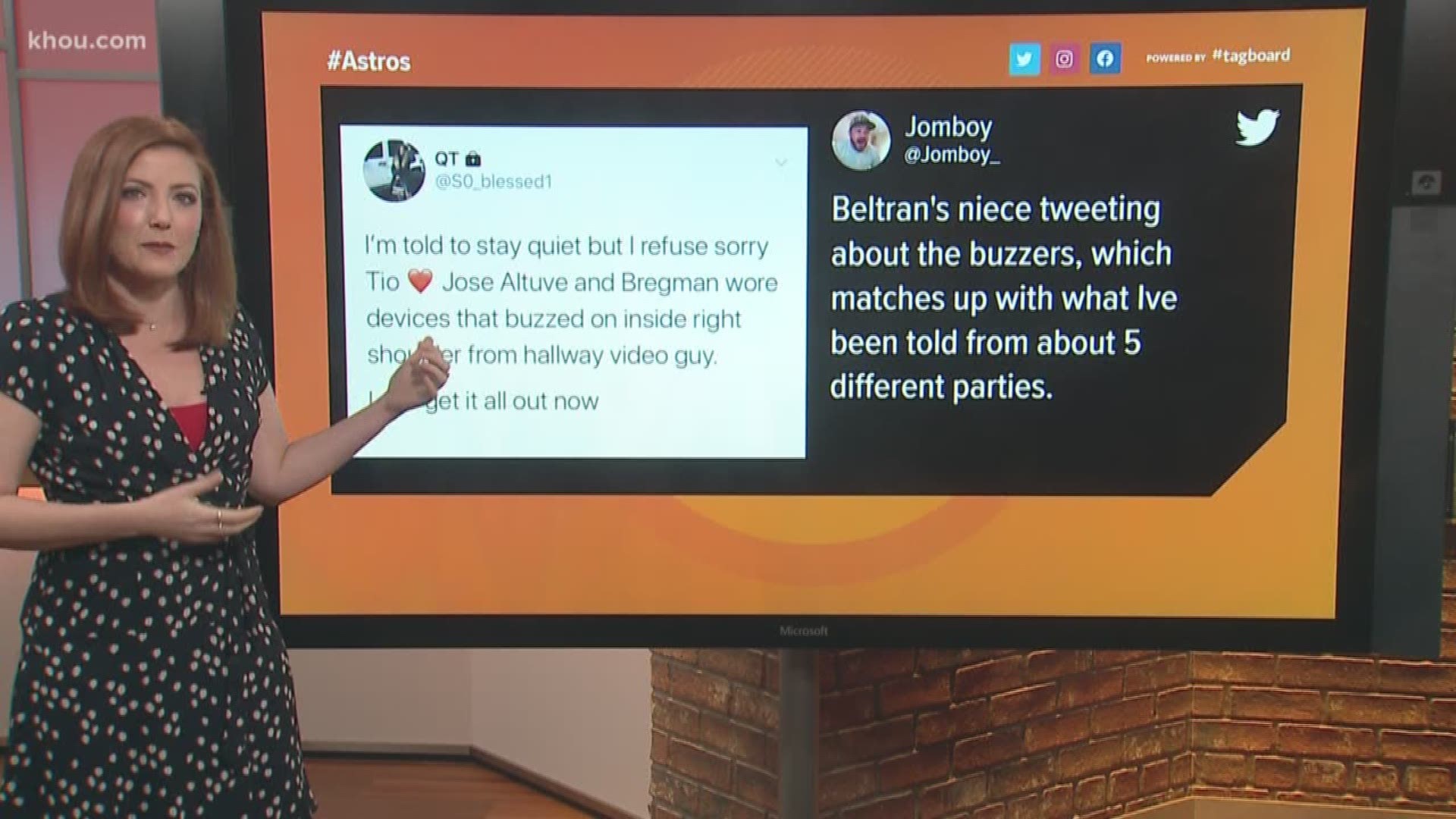 HOUSTON — Major League Baseball came down hard on the Astros for stealing signs, but did the cheating go beyond what was in the report that came out earlier this week?

In that report, the league says Astros players devised a scheme to transmit electronic signals to the dugout, where someone inside would bang on a trash can to signal what type pitch was coming.  But on Thursday, a tweet started to go viral, claiming it wasn’t only trash-can-banging that helped the Astros players know what was coming.

The tweet came from someone claiming to be Carlos Beltran’s niece.  She alleged that Jose Altuve and Alex Bregman wore devices that buzzed on their inside right shoulder.  The person who tweeted even said she had pictures that she’d share one day.

According to ESPN, the Beltran family says this person isn’t related to them, but it didn’t stop the rumor’s momentum, with even Cincinnati Reds’ pitcher Trevor Bauer weighing in, tweeting that he’s heard the same thing from multiple parties.

But Jose Altuve, through his agent Scott Boras, denied it in this tweet.

There was nothing in the report specifically about wearable devices, so we reached out to Major League Baseball.  This is what they told us -- “MLB explored wearable devices during the investigation, but found no evidence to substantiate it.”

So as it stands today, the rumors are just that – rumors.