'Rally Nuns' to attend Game 1 and 2 of World Series

The #RallyNuns were at Minute Maid Park for both home victories during the ALCS, so they just might be a heaven-sent good luck charm. 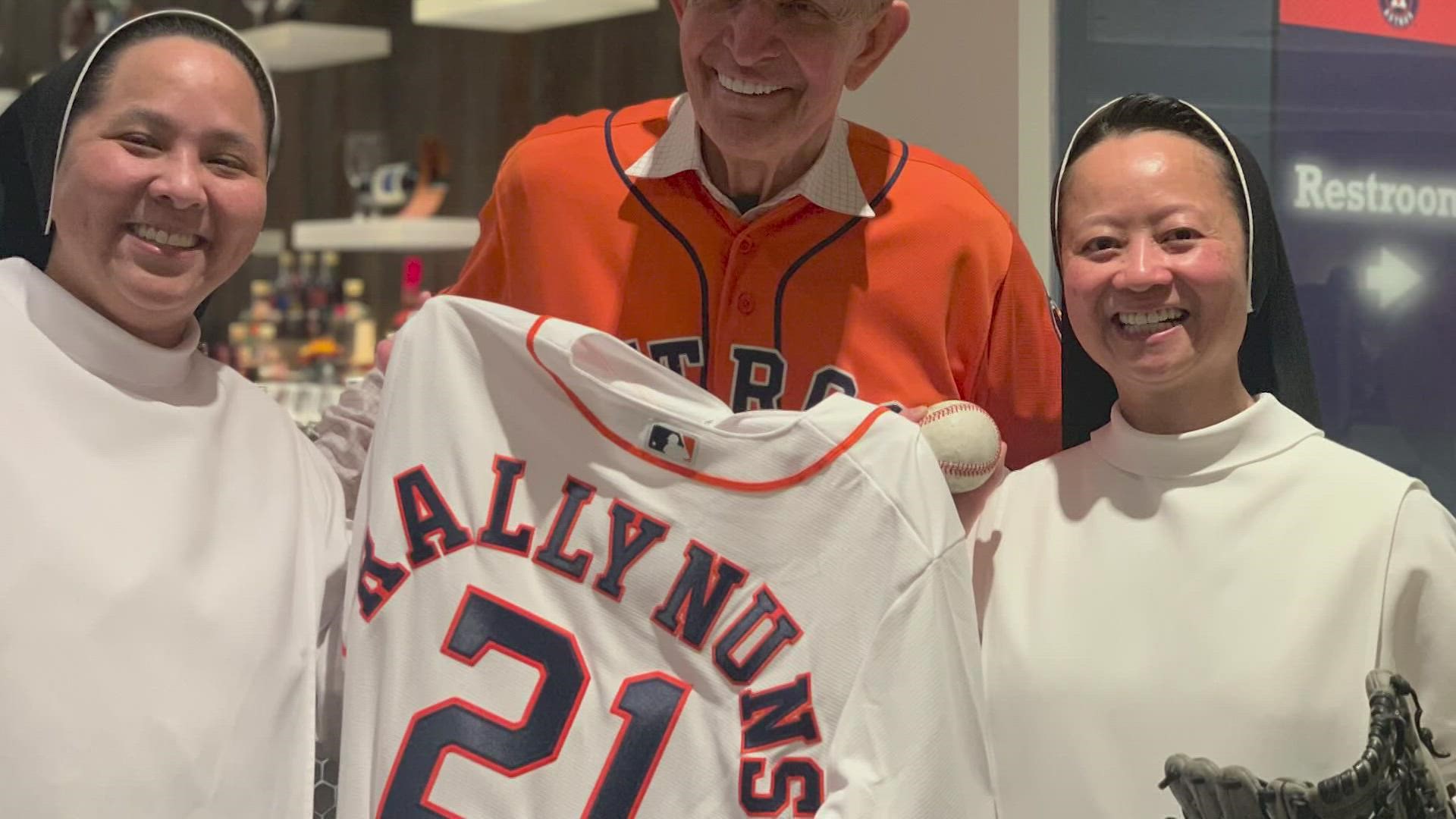 HOUSTON — Mattress Mack is a man of the people. And the Astros' "Rally Nuns" are working miracles this postseason, so why stop now?

Jim "Mattress Mack" McIngvale gave the Rally Nuns 55 tickets to the World Series matchup Monday between the Houston Astros and the Atlanta Braves. Bless his heart!

They will be stationed in the Coca-Cola suite during Game 1 and 2 of the World Series, which is Tuesday and Wednesday.

Nearly 70 nuns from the Dominican Sisters of Mary Immaculate Province were invited to Game 6 of the ALCS by Jim "Mattress Mack" McIngvale. The red hot Astros crushed the Red Sox 9-1. The sisters also went to Game 1 and the Astros beat the Red Sox 5-4. Coincidence? We think not!

Rally Nuns on a roll

Game 6 of the ALCS started off as one blessed experience for the Astros and their fans, beginning with the first pitch.

Walking to the mound with a mitt in her hand a baseball in the other was Sister Mary Catherine, who threw the first ceremonial pitch of the game.

"Take a deep breathe and point to the sky like Carlos Correa," she told KHOU 11 reporter Shern-Min Chow before the pitch.

And like Correa, she did. She also did what's become his signature move — pointing to her wrist, letting people know what time it is.

Sister Catherine is a part of the "Rally Nuns." The die-hard Astros fan said she has been a huge fan of the Astros since 2005. She makes a "habit" of watching the games.

"I've been so faithful and we’ve been behind you, praying for you for a very long time," she said.

Sister Mary Catherine said she is a high school teacher and said she knows a lot of people are cheering for the 'Stros, including her students, but the real fan squad is her sisters.

By the way, Mack has a lot riding on the World Series. He's bet more than $3M on the Astros, with a potential payoff of more than $35M.